Walking along Station Road in Cholsey I noticed some scaffold around this thatched cottage, the owner told be it was having the ridge re-thatched.  A day or so later the thatcher had started 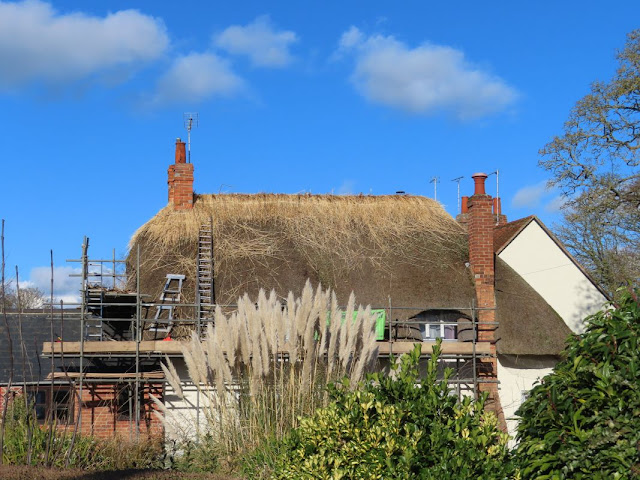 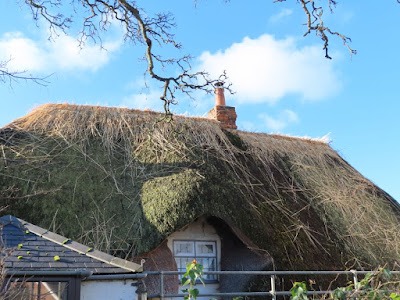 Lots of material falling off the roof 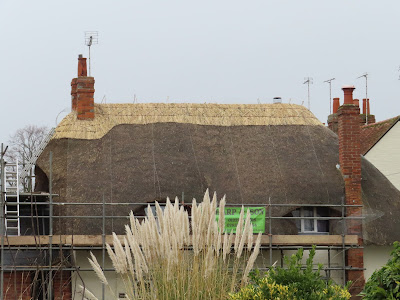 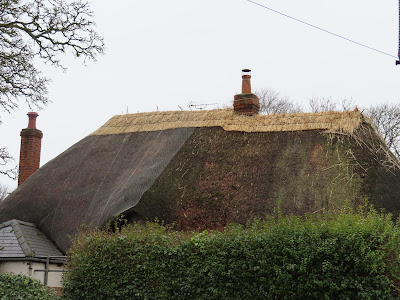 The front was nearly done 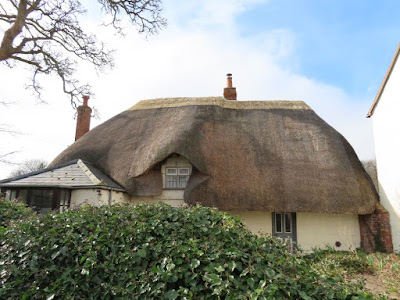 Days later it was finished and the scaffold gone 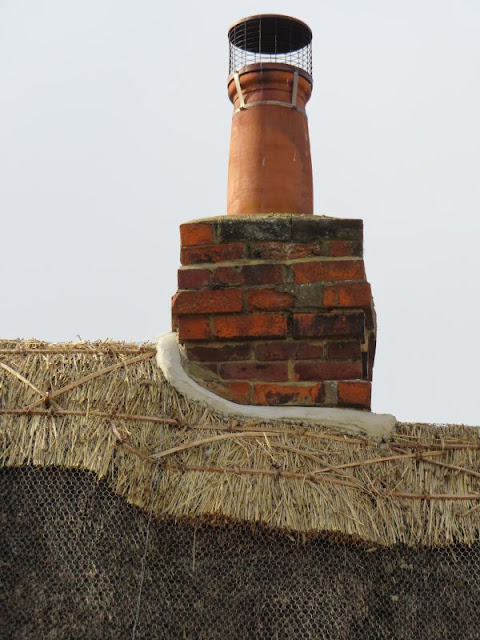 The chimney was finished off with mortar to inhibit water ingress 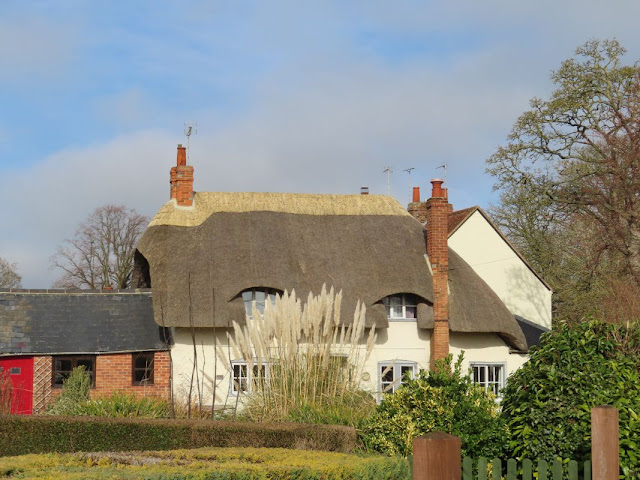