I remember the factory in Reading from when I used to go to school down the road from the place. It used to be huge, taking up qute a bit of the Kings road and employing thousands of people over the years.

The original factory used to be over on the left and spanned the Kennet which we look down the river. Now all that is left to remind you of what once was here is the Huntley and Plamer Building to the left of the bridge.
Posted by Billy Blue Eyes at 07:40 No comments:

This is ferry lane in Cholsey on a November Sunday afternoon. the river Thames which is at the end  has flooded as you can see. This used to be called papist way till it's name got changed.
The lane here was resurfaced in the spring doing away with all the deep pot holes that were there it now remains to be seen how it stands up to the flooding and winter frosts that we now get. The water will rise more yet and most likely come up to near where the bottom of the photo is before receding again. 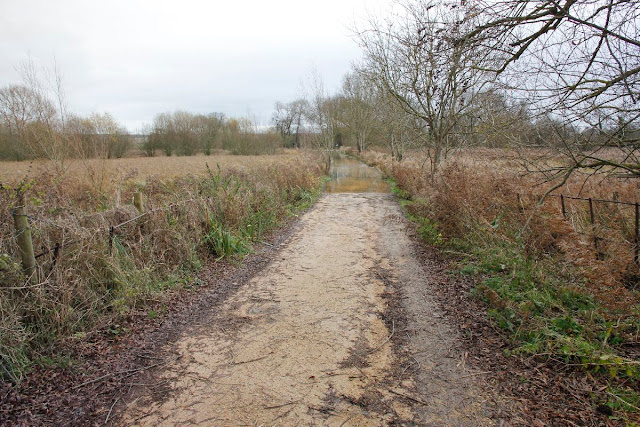 "During the sixteenth, seventeenth and eighteenth centuries, the Roman Catholics of England were persecuted.  One of  the Catholic families - Hildesley/Hilsley/Ilsley - lived at Littlestoke Manor across the river from Littlestoke ferry.  Other significant Catholic groups lived up and down the Thames and as a result the river became a means for them to communicate with each other and meet for mass.  The ferry lane here became known as Papist Way."

The Town Crier
This is the first of what I intend to be a daily blog so Thought I'd start it off with a happy photo of Newbury Town Crier. 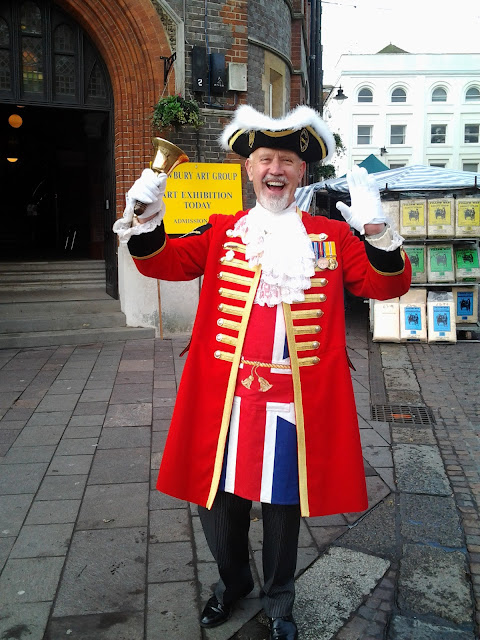 A very pleasant man to talk to with a deep voice
Posted by Billy Blue Eyes at 10:11 1 comment: