You can read the story about it by scrolling down it is about Alice who was a local lady who worked at the park. I borrowed the story from Amy at lovemademyhome
who works here .
The photo was taken today on Valentines day 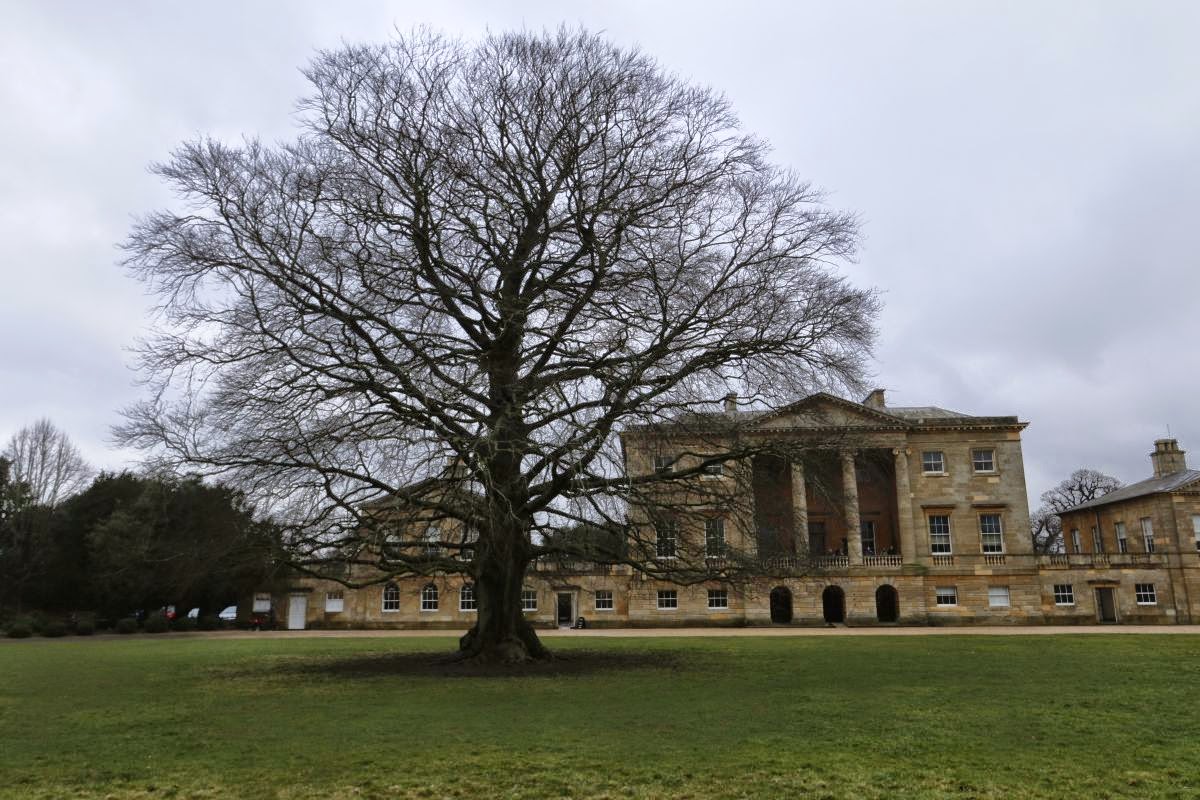 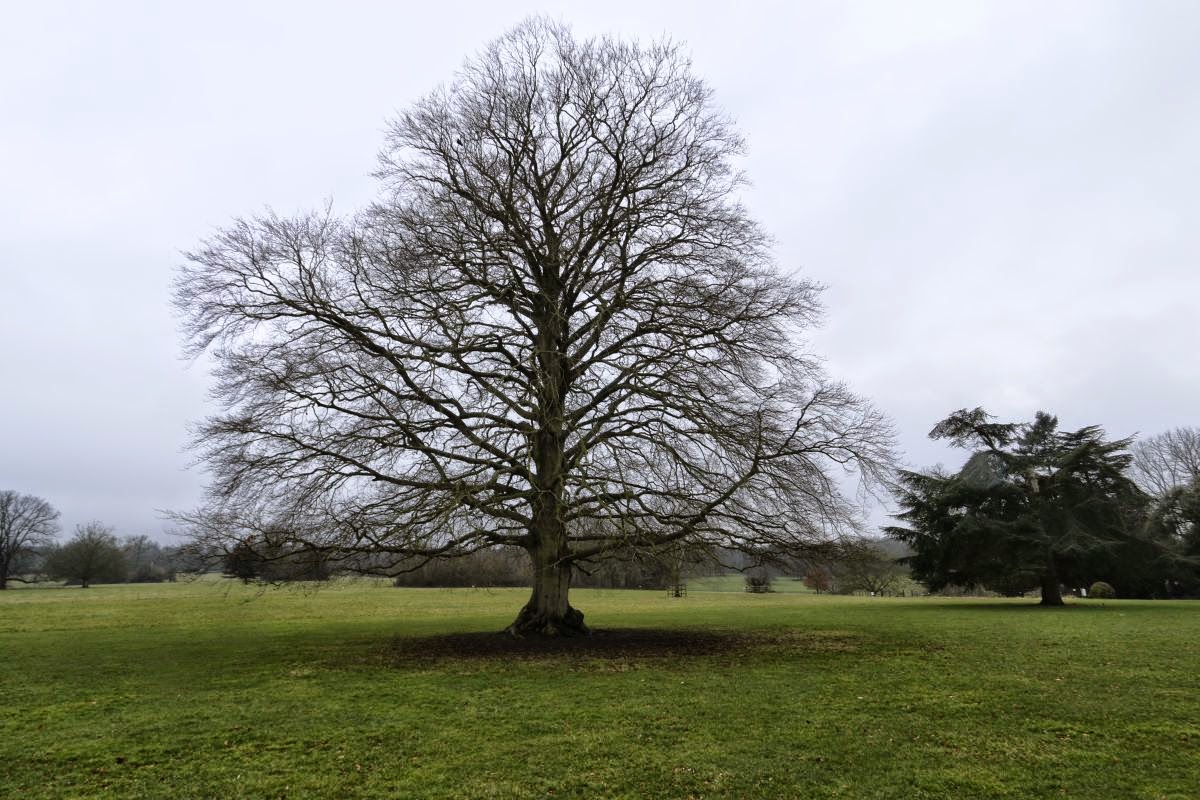 When the 101st Airborne were stationed at Basildon Park one of the soldiers called Bill fell in love with a local lady called Alice, and this is their story.

Alice and Bill met at a dance at Basildon Park, they fell in love and planned to marry.  Bill took part in the D-Day operations and returned home.  Bill was later sent to Arnhem in Holland where he sadly died.
How does this fit in with the tree I hear you ask.
Alice never married, she remained in love with Bill for the rest of her life.  After she retired, she came to Basildon Park to work as a room guide.  Following her death her ashes were scattered under the Copper Beech Tree.  Alice is as close to her memories of Bill as she can be.