We all know the song Those Magnificent Men in their Flying Machines from the film of the same name and also the Cartoon Wacky Races Watching a Tiger Moth flying around the other day put me in mind of it and thinking of Sky Watch I popped indoors and got my camera and telephoto lens. The plane was flying somewhere the other side of the village so quite far away but you could easily watch their aerobatics and I managed to get a few shots for you. I have cropped the photos a little to show the plane a little clearer 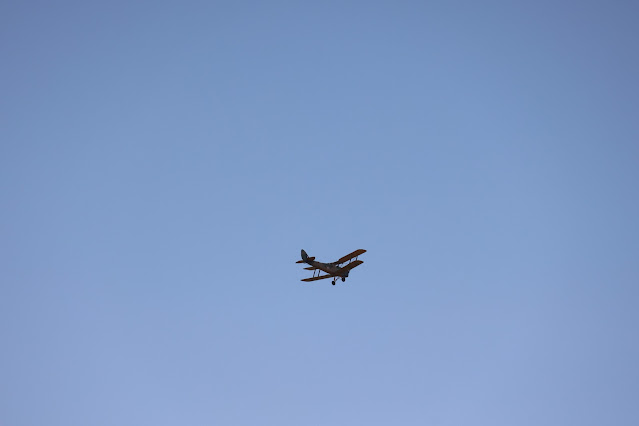 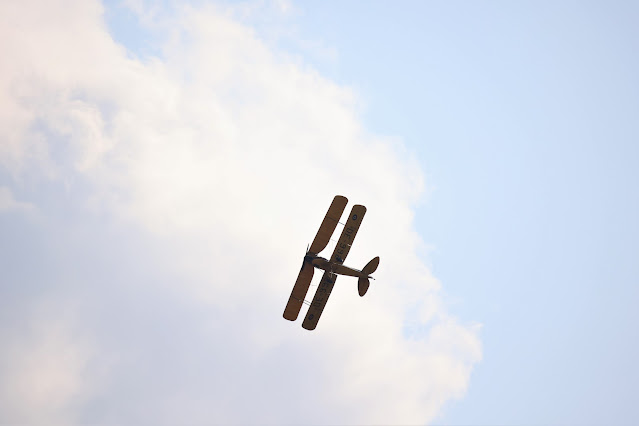 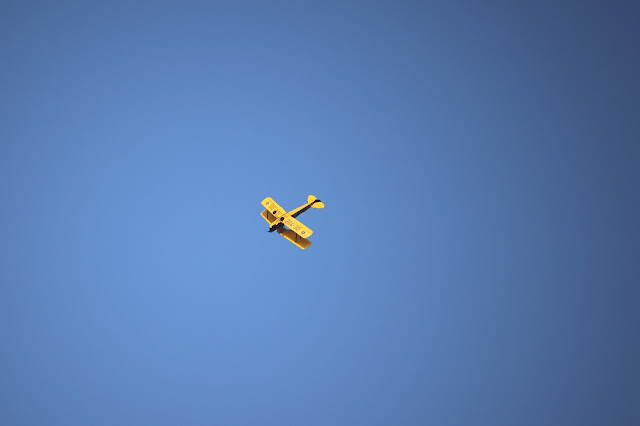 Went over in a bit of an inverted loop 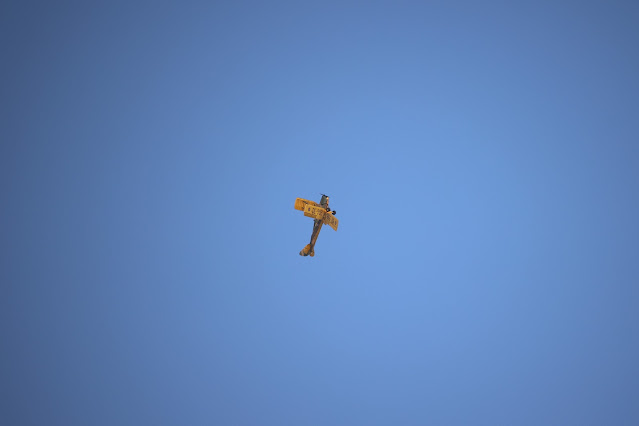 Then started climbing for a loop 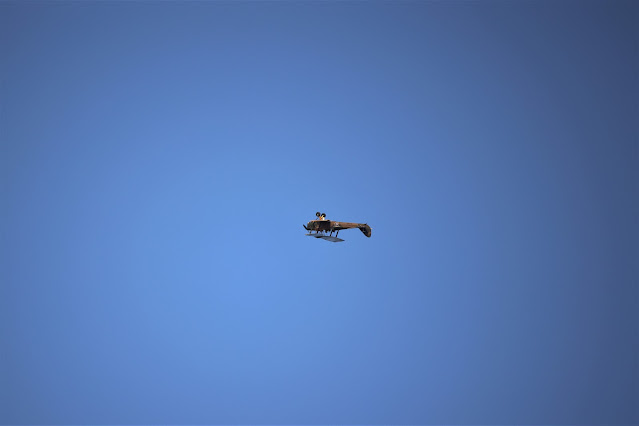 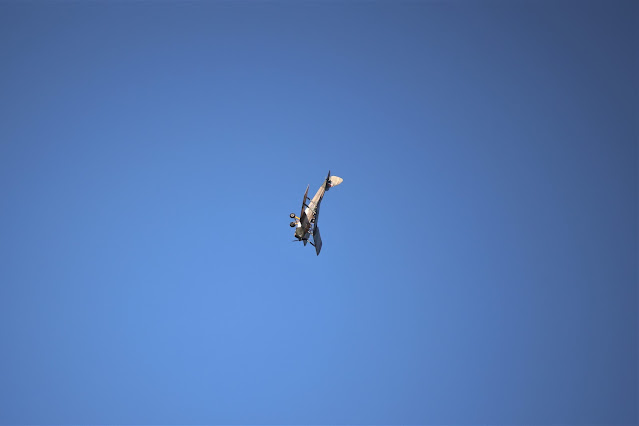 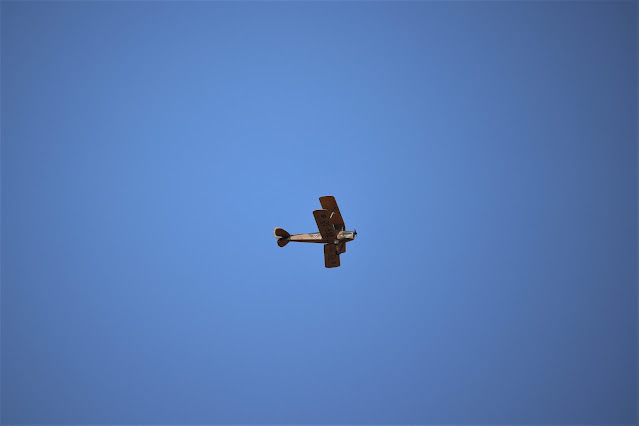 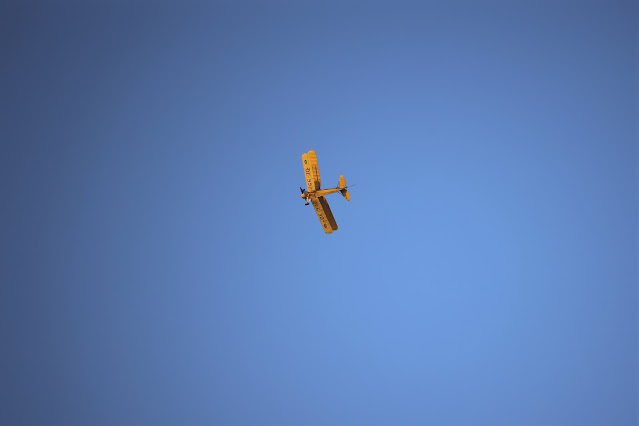 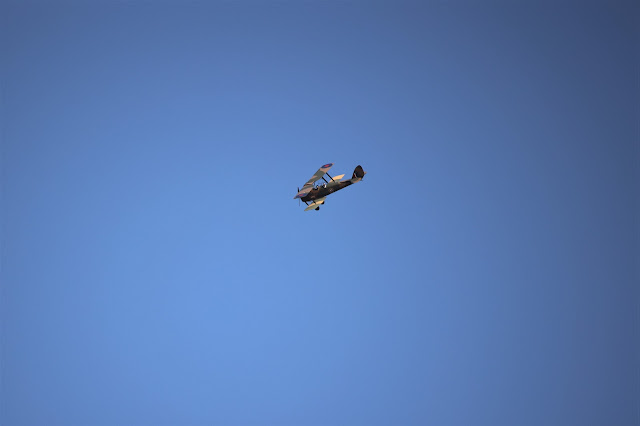 Off back he goes
Happy Skywatch