We are now into October, the weather has gotten cooler and of late wetter with the first of the winter (or autumn) storms coming in. I have to admit the weather changed very quickly towards the end of September and now we head towards winter by way of autumn. Over the weekend it rained quite a lot and on Sunday morning I looked out the back door an noticed this trug which was nigh on full of water I did not think it had rained that much then remembered it had rained a couple of days previous 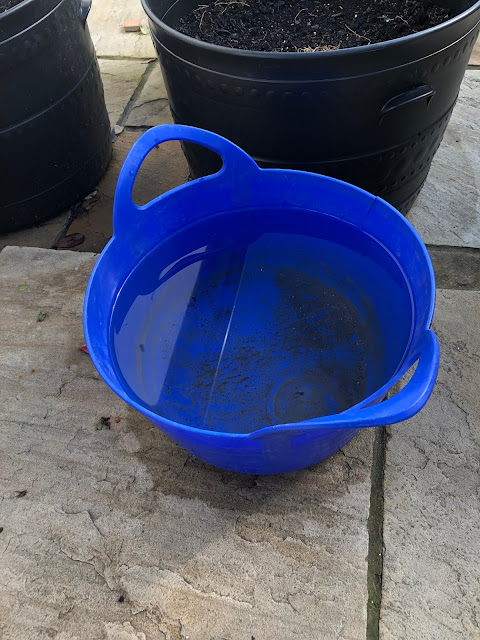 I measured the depth of the water and it was 5" deep, a lot of water 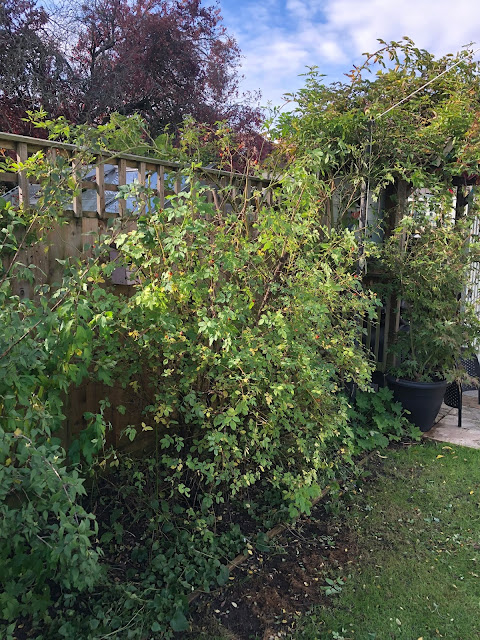 Last week I cut the grass and over Friday night it rained on the Saturday as it was not raining we started to tidy up the garden, The californica rose had grown to over three meters high so that was cut back to a ore reasonable hight, no doubt it will sono grow to that hight again 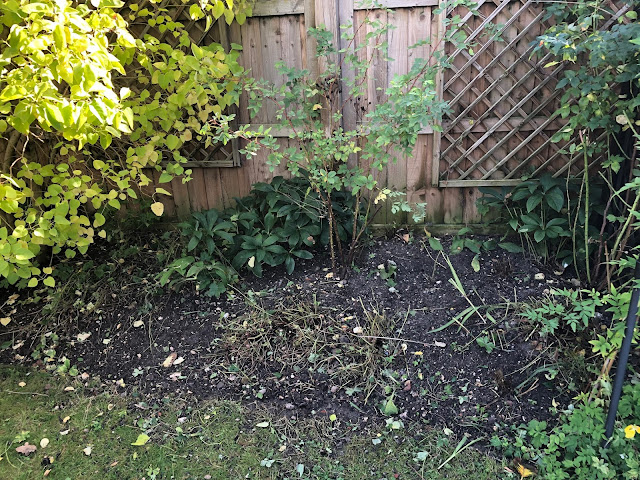 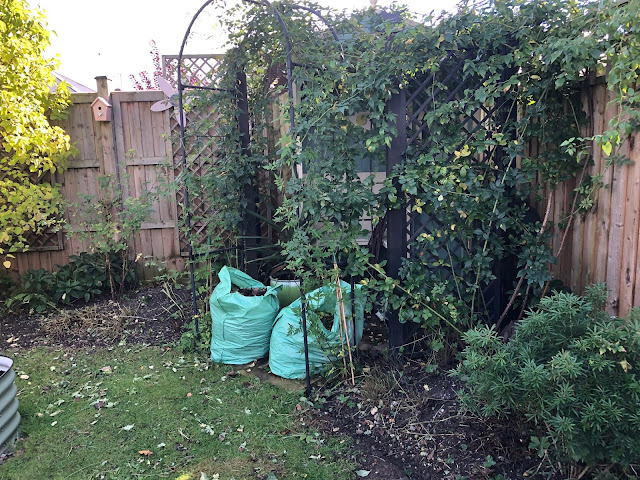 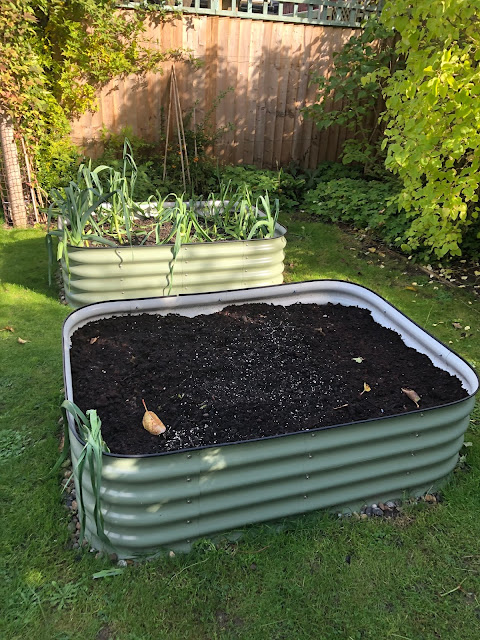 The raised beds looked very sad with few remaining leaks I had planted around the beans now able to grow. The empty bed will have broad beans planted in a few days 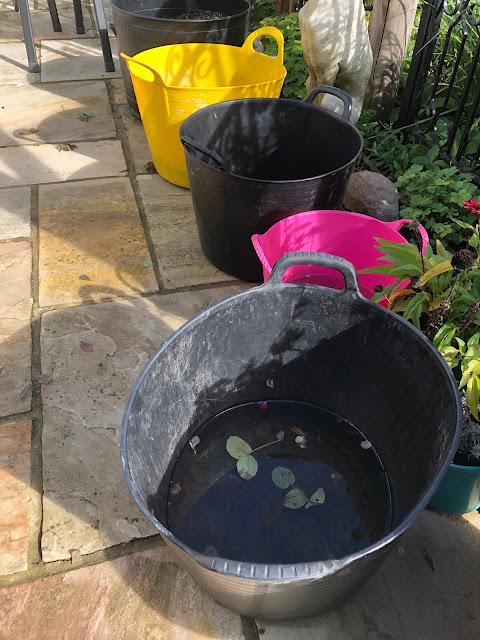 The cuttings from the plants were placed in these trugs before being put in the bin for composting and the green bags in a previous photo. They were empty on Saturday evening. Overnight it rained and in the morning this is what was in the bins, nearly 3" of water so over the last few days we have had around 5" of rain and yes some places have been flooded. 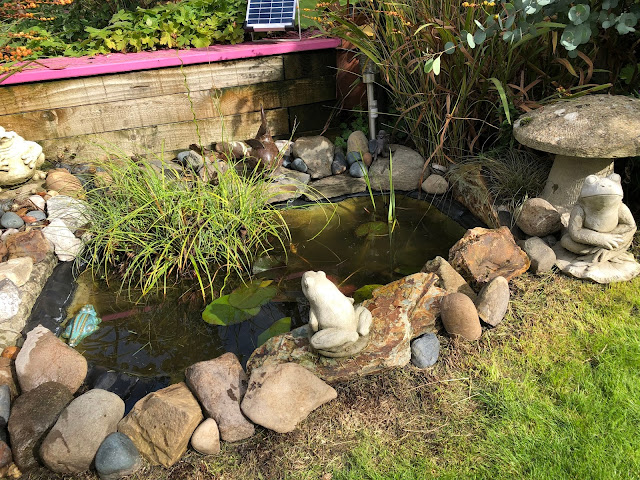 The one thing that benefited was the pond and when I cleared out some of the rubbish at the bottom a frog jumped out of the net when I tipped the debris out near the pond then jumped back in when I went to catch it. I told my wife who was overjoyed we had a frog, she had been worried they were not coming back as we had not seen one for  a year 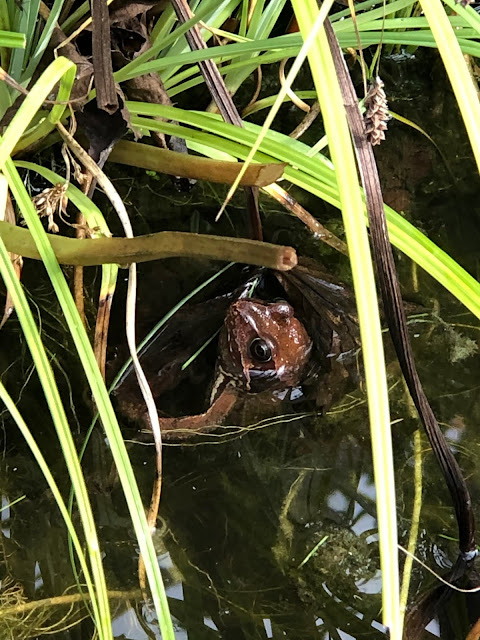 My wife came down to look for the frog and spotted it with it's head poking up in the plants. We were very happy so see it and hoped for a few more in the spring.
Taking Part in My Little Corner of the World  Our World Tuesday and Imag-in-ing, you can find all the links in the right hand column
Take Care Everyone