A couple of weeks or so ago I showed some of the helicopters that fly over our house. There are more including an Apache attack helicopter that I see but evades me.  A little like this Air Ambulance I see flying past every so often. Last Saturday It seemed to be flying around in a circle, I thought it was the police one which does that often but when I looked I saw it was red 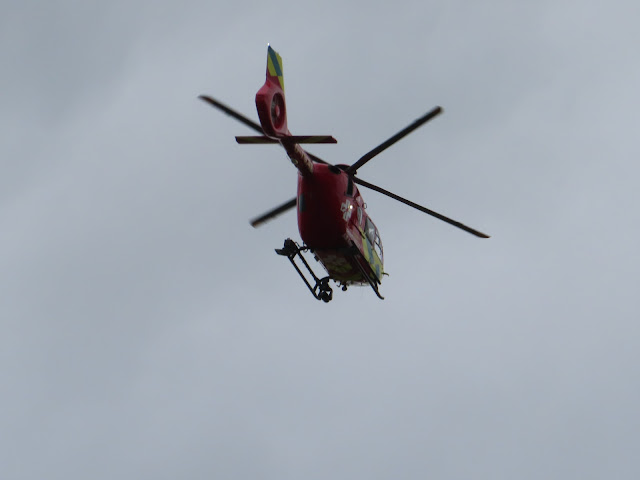 So grabbing my Compact I starting getting some photos 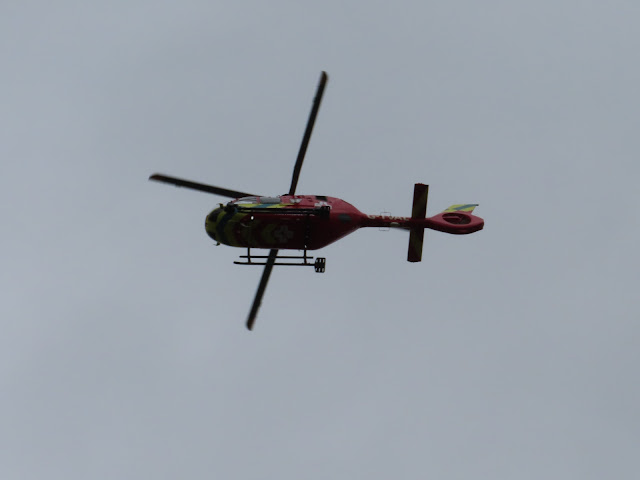 It was certainly circling 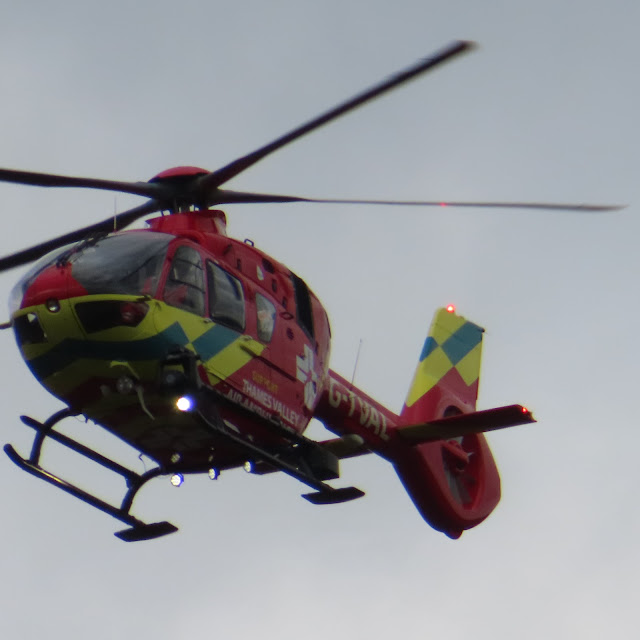 and after getting this shot I knew where it was going to land. Just across the road from me in the recreation ground 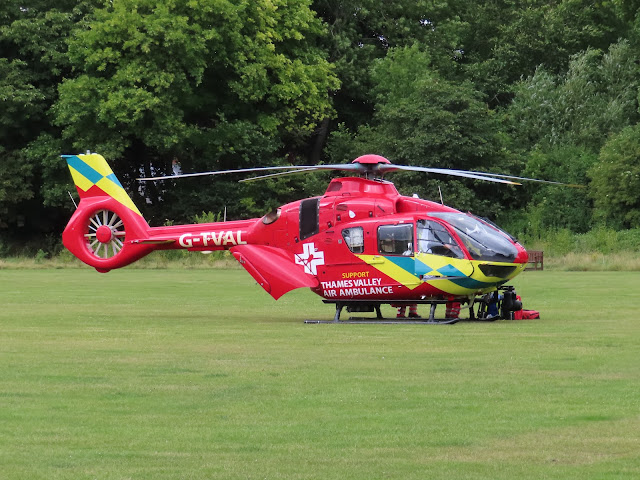 I quickly ran over there to find half the village had turned out. Quite an occasion seeing a helicopter in the park. Seen one at the school once but the park no. If you look under the helicopter you can see the paramedics legs The pilot has turned the engine off and is going to get out. Just after this the medics walked off out of the park somewhere. 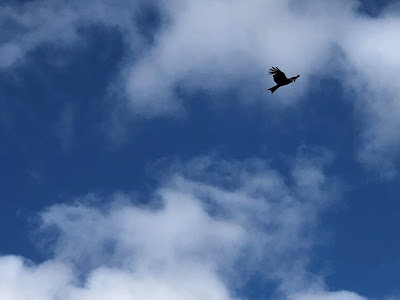 An hour or so later I hear it start up again and went out the front with my Iphone. I had a shot at a Red Kite not bad considering it's 10x zoom 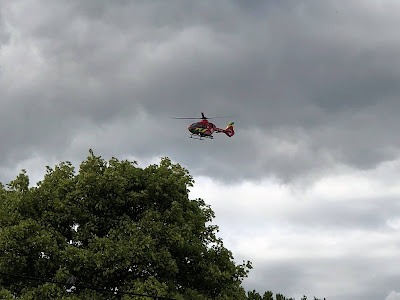 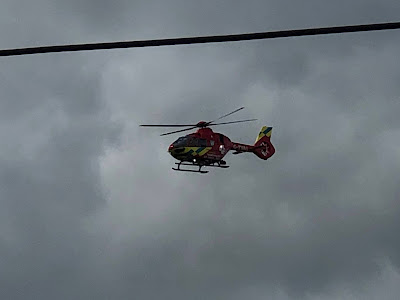 and off it flew 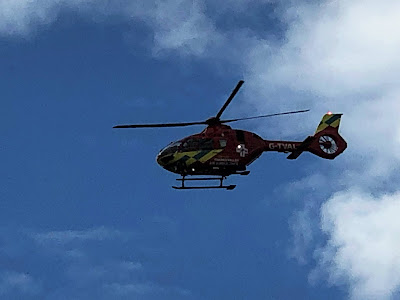 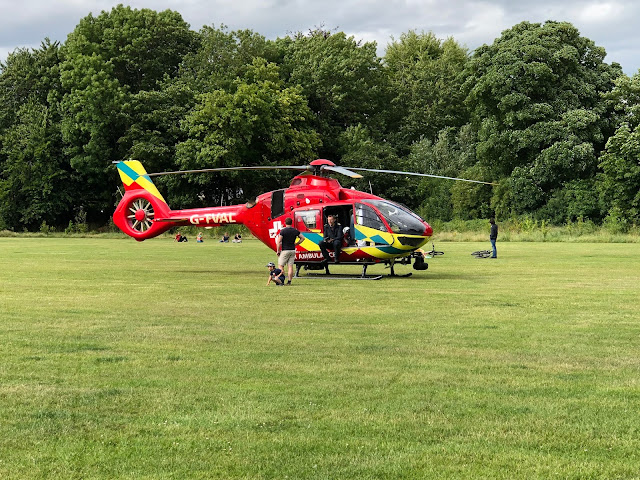 . I found the medics were on a training exercise and as it had a full crew were asked if the could attend some one  in difficulty in the village about half a mile away. This was the nearest place to land. I did not hear if the person was lifted to Hospital.
There you go a lot of excitement in the village for a change.
Taking Part in Skywatch Friday