Before I start and show you this I thought I would let you know the garden is doing OK, I now have runner beans again growing up the canes. The peas have pods on and the dwarf beans have flowers.
In the greenhouse are cumbers growing which will be ready to pick in a week or so, quite a few of the tomatoes have fruit on them and we even pulled a couple of little carrots to check them out, I have now started off another crop to harvest later in the year. I will show what has been happening again next week
This week I am going to take you on a walk to one of my old childhood haunts which is called like the name suggests the Bullshole. 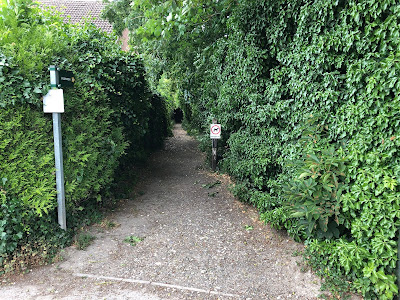 I would say 90% of the people in the village know where the Bullshole is which is along this path at the end of Sand Lane in Cholsey. The lane through a housing estate was a footpath trough a field when I was a kid 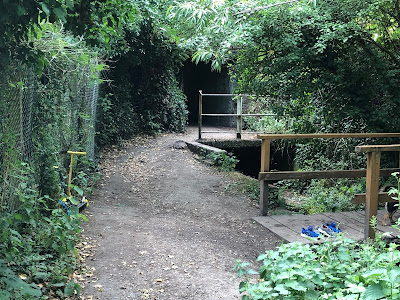 When you get here you are nearing your destination. The wooden footbridge on the right was added in recent times because as a kit it  was never there and the place where the footbridge takes you to was a field with cattle in 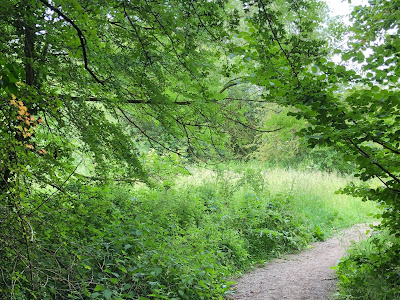 On the far side of the entrance you saw in the photo above,( It's a rail bridge) you turn right by another barrier and come out here in this field 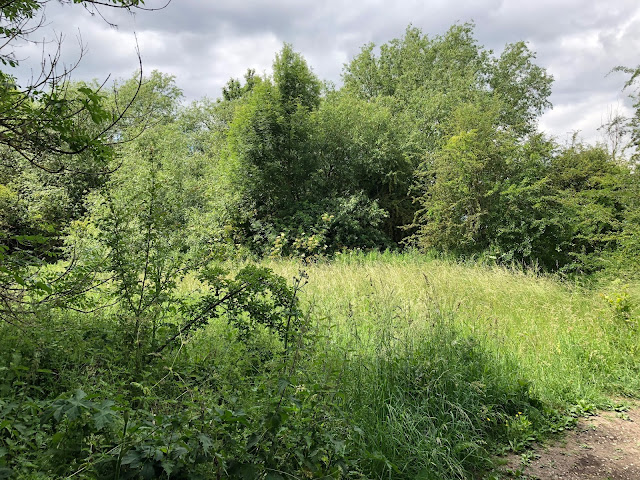 Which looks like this when you get further in, the Bullshole is in those trees you see. All this was short cropped crass and a few shrubs when I was young because cattle grazed here and kept it short and the shrubs were trampled or eaten. This is the result of years of neglect as they got rid of the cattle years ago. 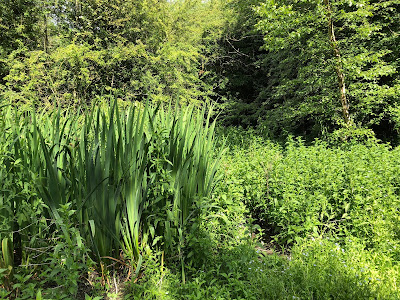 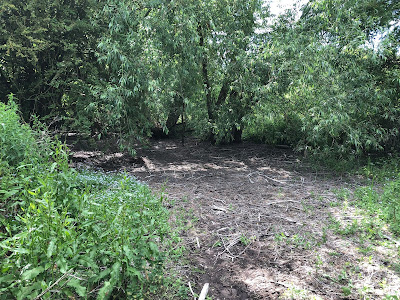 But over to the right it does not look so good. The water that used to run through here has gone 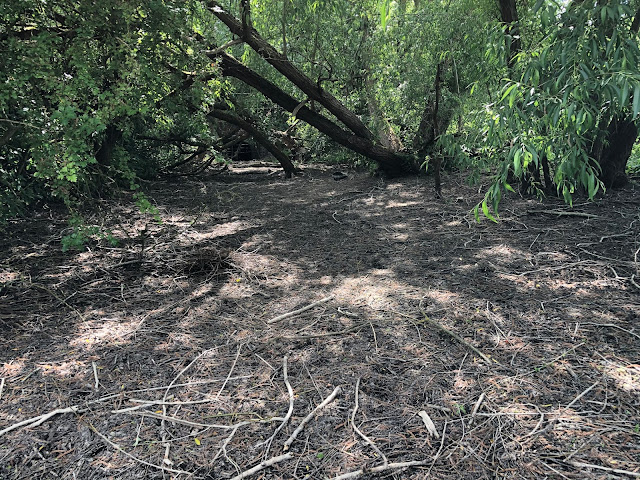 When I was a kit all this was full of water and there were not willows growing here. Over the years it has become silted up with mud and dead leaves. In the winter water does collect here but as the winter draws out it dries up. There are other reasons for it and if you wish to find out more then click on the link to the Bullshole which will take you to along blog of mine which shows more and gives an explination as to what happened.
Back in the garden next week, Stay Safe
Taking Part in Our World Tuesday