Three weeks down the road 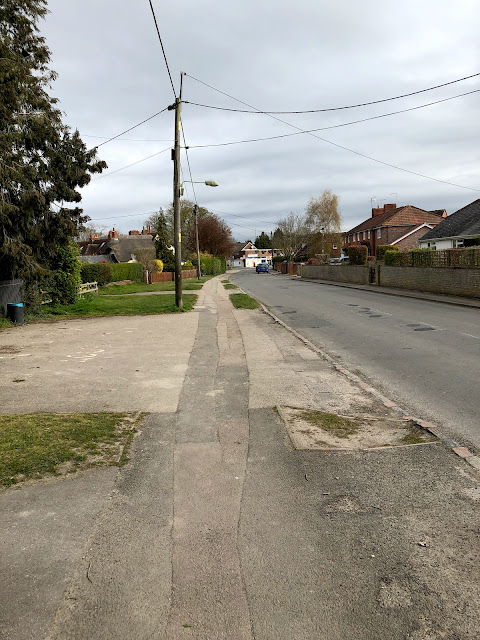 Week one after the first week of lock down, I stopped near the recreation ground entrance and took a photo. The road was empty of people and cars. Normally over to the right commuters park their cars and walk to catch a train, the footpath normally has people walking along it. The only thing is a car in the distance and the owner most likely lies nearby 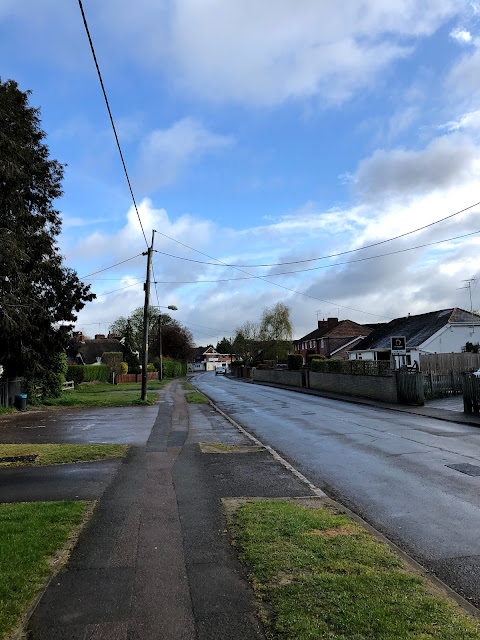 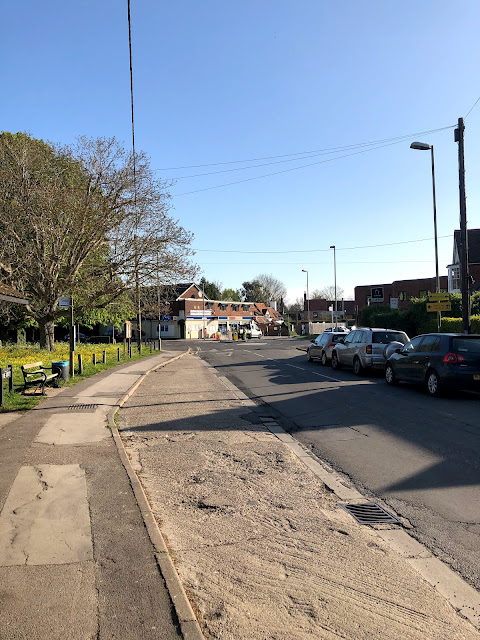 Week three taken by the place we call the Forty, the cars on the right belong to people living nearby, the only thing out of place is the truck in the distance by the shop I am going to, there are workmen digging the pavement. 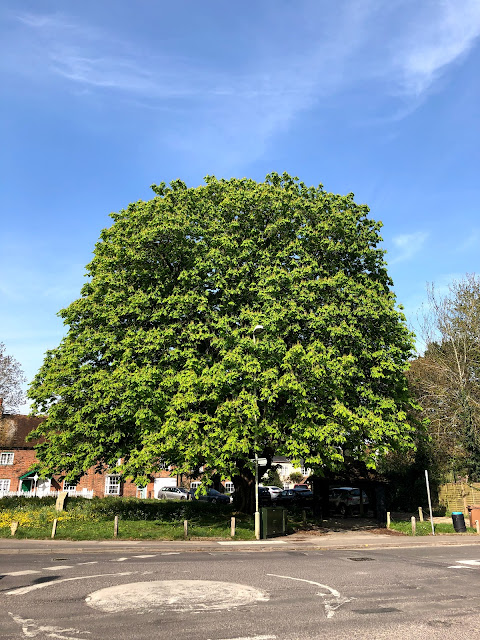 I will finish with this photo of the Conker Tree on the Forty which I took this morning after picking up a prescription from the Chemist, I thought the tree looked so vibrant and thought with the lack of traffic it has not looked better. The tree is over 100 years old and where nigh on every child in the village has tried to knock conkers out of it.
Happy Skywatch
Stay Safe Everyone