Day in the life of a Runner Bean

I hope everybody is coping with this period in our lives. I have been showing some of what I was getting up to in the garden. Today I will show what has been happening in the greenhouse. A while ago I planted some seeds to germinate in some propagators on the windowsill till the weather warmed up enough for them to go in  the greenhouse. One of the plants I sowed from seed was a runner bean. We love them and have grown them a few times but this time it was the first time I tried growing from seed. 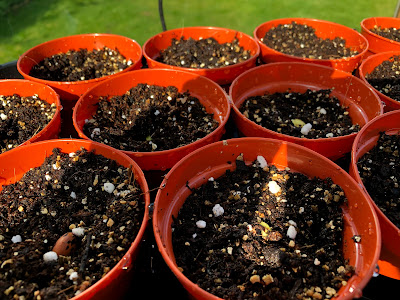 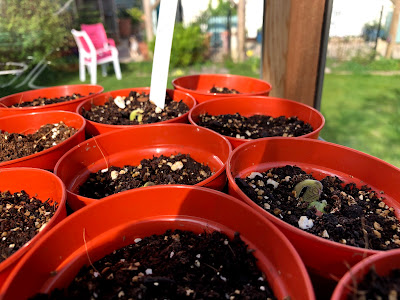 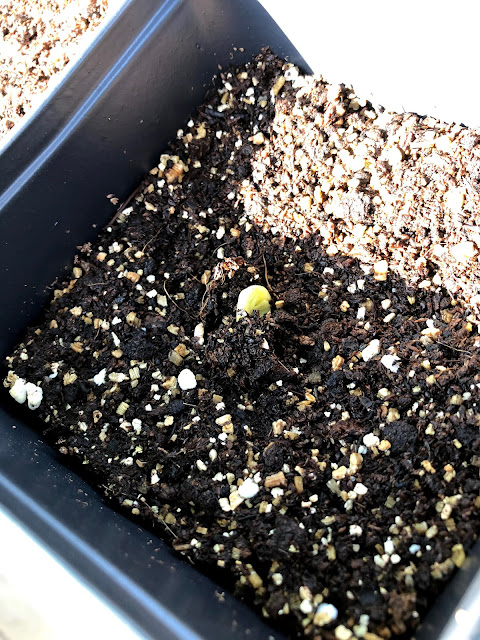 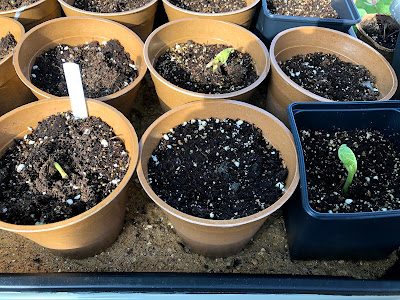 Above the day before on the 11th I spotted a Runner Bean popping up
On the 12th a couple of leaves were appearing in the pots this was around 9:45 in the morning 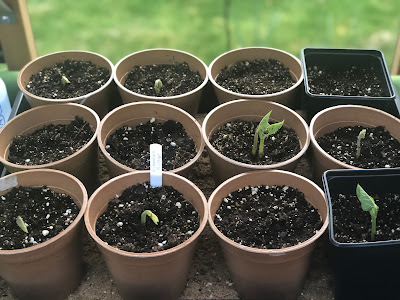 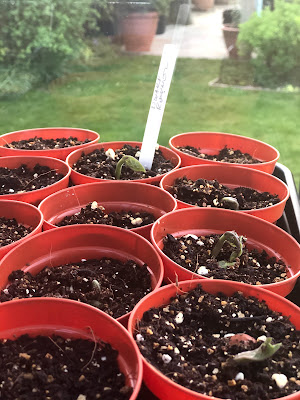 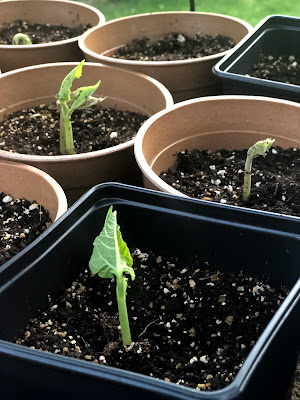 The one on the right I could sworn I saw moving around as it grew, and more  More Dwarf runners were seen as well 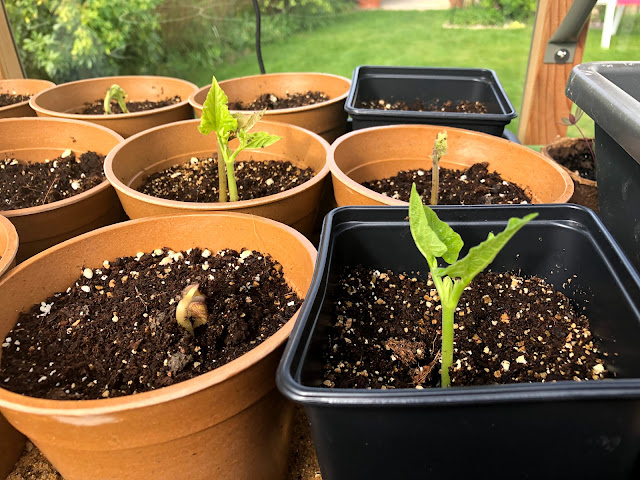 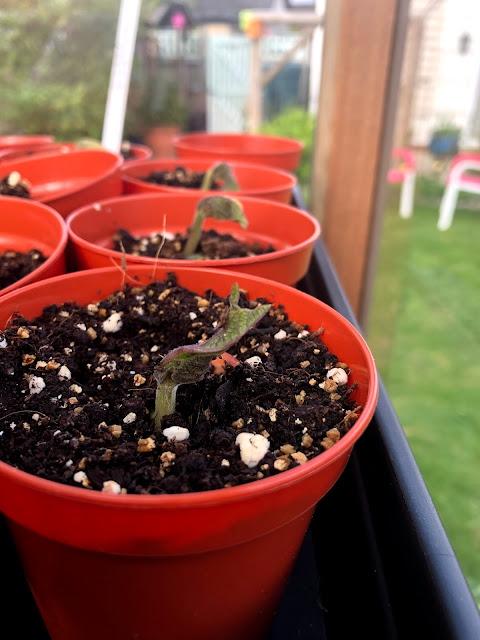 The Dwarf runners were doing well as well 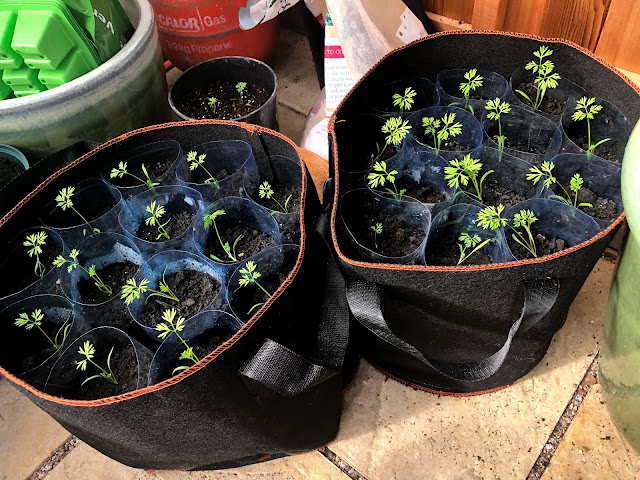 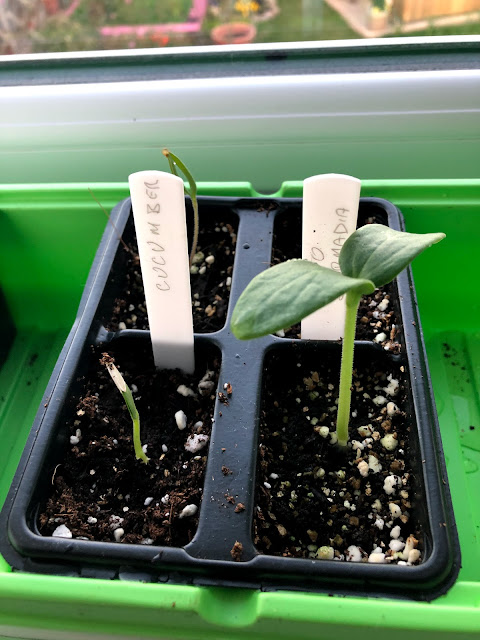 A while ago I planted these Cucumbers and tomatoes 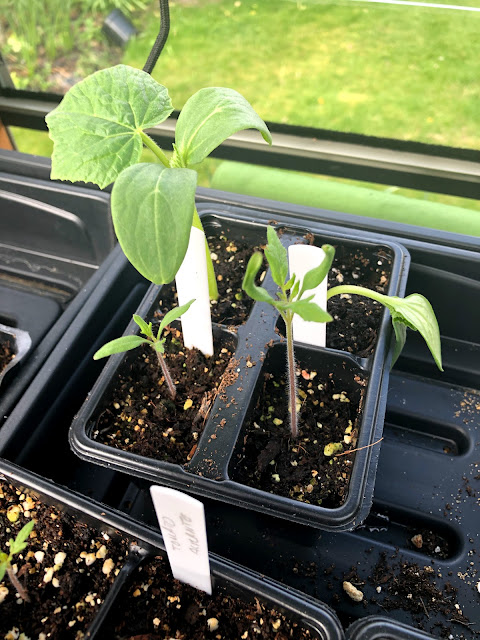 Well this is how they look now in the greenhouse though one of the cucumbers went a little lime over night because it was near an open louvre, well a little while under the propagator it was back on track again
Happy Gardening, I think my dad would be chuffed to see what I have been up to because when I lived at home he knew I did not like it. I'll bring more next week
Keep Safe Everyone.
Taking Part in Our World Tuesday