A week or so ago my wife and I went off to an Exhibition and we passed through Henley where you have to go along a road beside the Thames called Thames side. Looking out the window I could see the Leander club so as we had stopped in the traffic I too a photo then turned around and took one of the Regatta site. A couple of weeks ago you would not have been able to drive along here with all the people milling around watching Henley Royal Regatta. Now they are in the stages of taking down all  the tents that held the boats for the clubs that competed 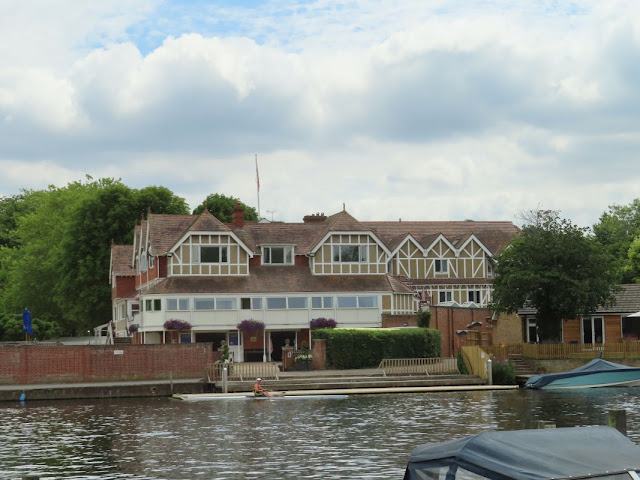 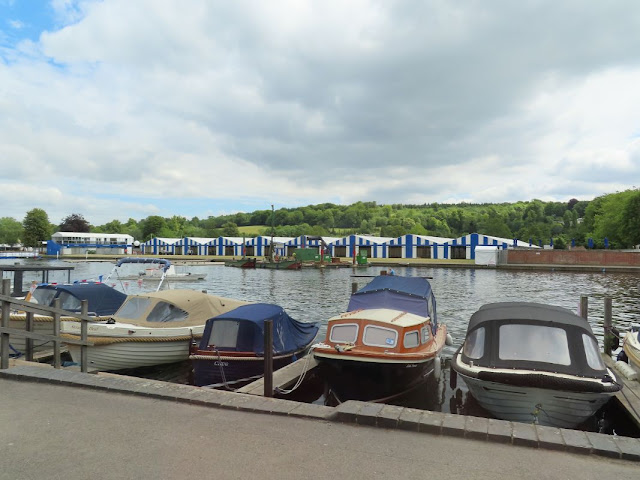 The tents where all the boats were kept for the regatta soon to be taken down. The sky was a little overcast but still a warm day.
Happy Skywatch
Posted by Billy Blue Eyes at 20:37