My showing the phone box used as a library in Wales prompted me into driving along to a village not far away from where I live where I had seen another one used for this purpose. The times I have drove past some one was using the layby it was near but I took a chance the other day and stopped off  in the empty space. 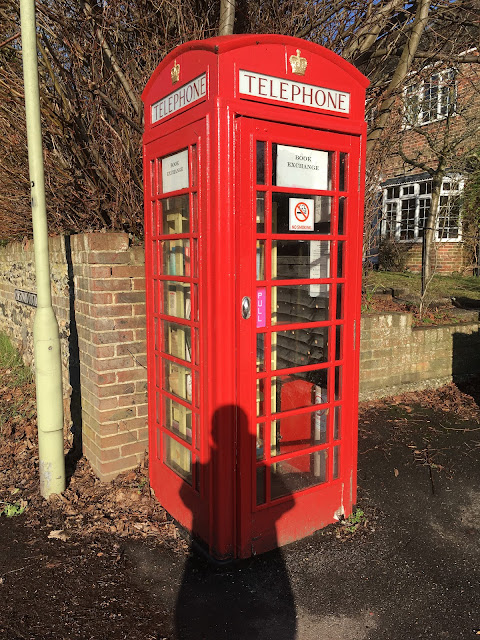 These phoneboxes were well used in the past when there were people did not have their own phone to use at home, they were also used to phone home when you were away 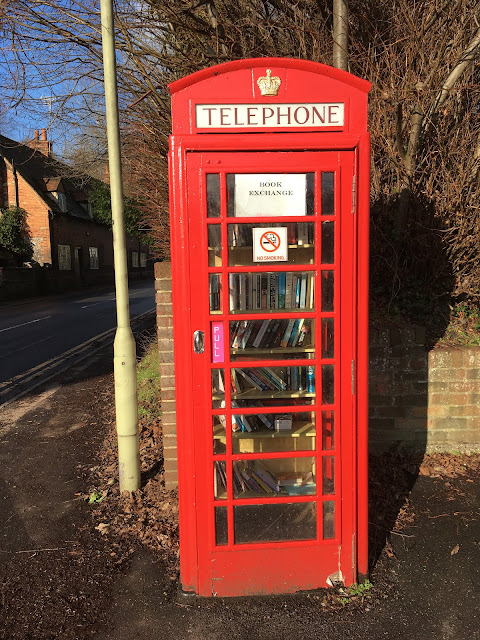 They have become an icon of our country and many villages have adopted them rather than let phone company take them away. They get used for different purposes, Streatley had put theirs to a good use in that it has become a mini library and a well stocked one it is 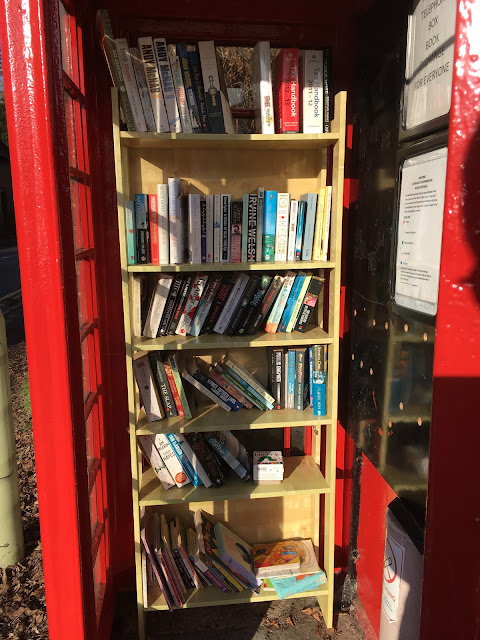 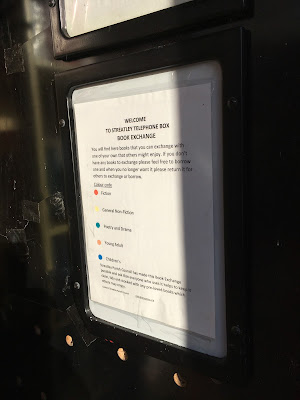 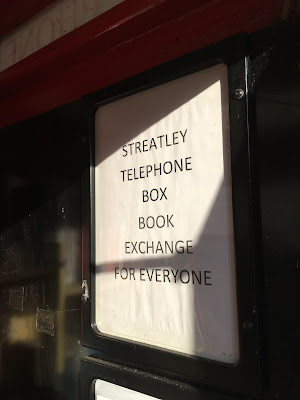 On the side of the phone box were two picture frames with notices in them, one told you it was the Streatley Telephone Box Book Exchange the other told you the rules and listed the books in colour codes to tell you what type of book it was fiction , children etc 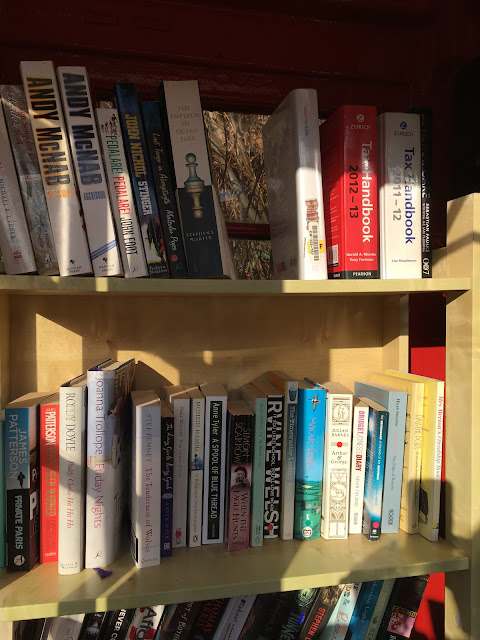 I notice one book by an author I like to read and was very tempted to borrow it. Good to know where I can borrow a book from.
Taking Part in Our World Tuesday