Just before Christmas I had been in Wallingford and while waiting for the bus home I had a wander around some of the side streets and took a few photos. 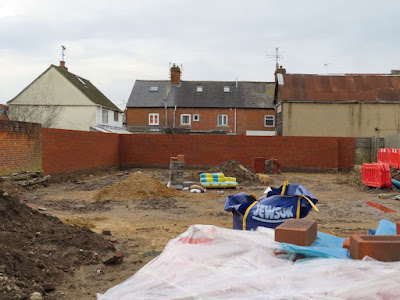 Along Hart Street I noticed the piece of land that had been cleared now had  a wall built around the outside. Looking at the planning it show that there will be four dwellings to be built in this small space 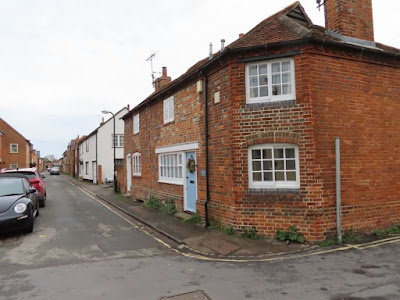 I walked along Wood street to the corner of st Leonard's Lane, the house here on the corner looks like it may have been a pub or  shop at some time in the past 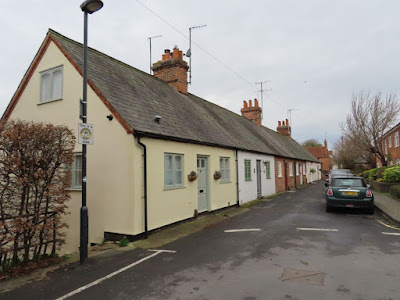 This looks up St Leonard's lane past a row of cottages 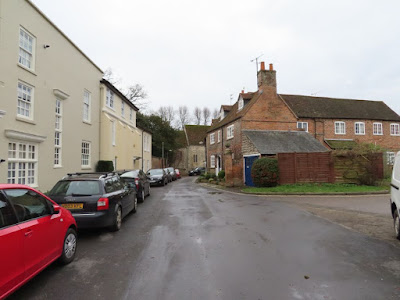 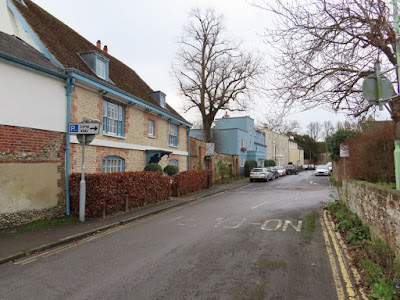 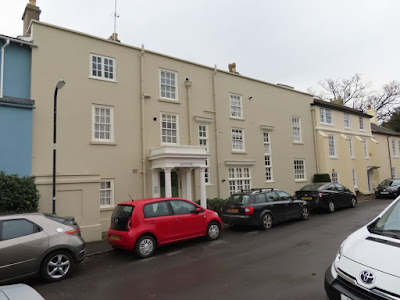 Just beside the blue house you could see above is this magnificent residence which has been made in to flats now. Look on the door frame 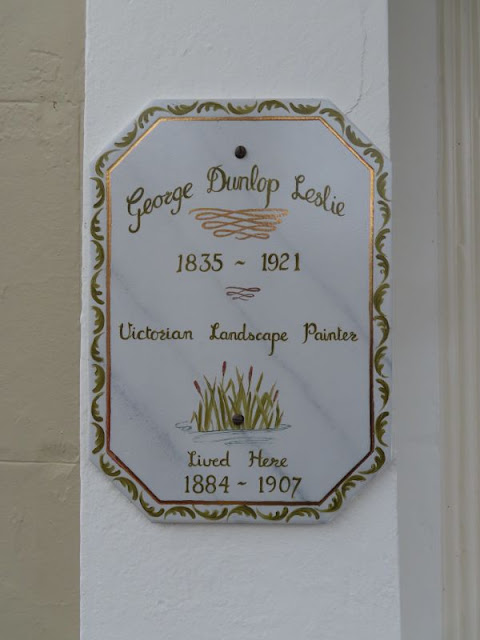 You see this plaque telling you George Dunlop Leslie used to live here, I must admit I had never heard of him but he did paint some panels in St Leonard's Church The link will show you the church and the paintings in the chancel.
Taking Part in Our World Tuesday
Posted by Billy Blue Eyes at 20:43