Remember the Story on my Desk  I wrote about the other week, well a couple of days later I retired from work and was given another trophy for my home.
Now you may be wondering what it is , well it's a Vacuum Valve and it holds in the vacuum on the Diamond Storage Ring it costs around £300 and there are hundreds of them around the place.
This one was mounted and given to me as a leaving present , the plaque exclaims "Where has the Bl**dy Vacuum Gone" 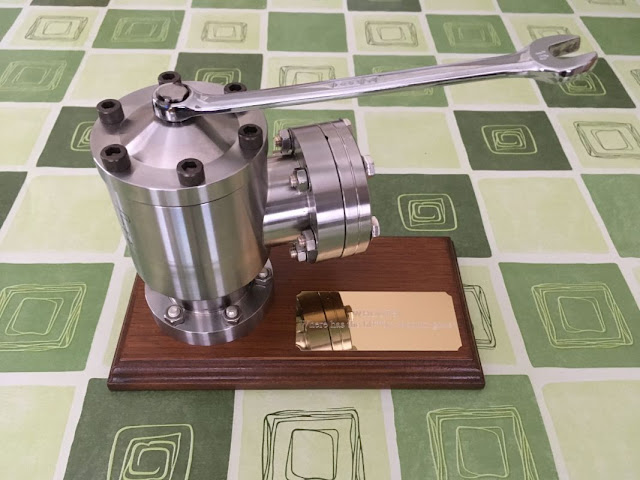 The story behind this happened a when we were populating the Storage Ring with Front Ends to join with the experimental hutches where the scientists work on experiments. The photo below shows  the valve in position. When the front end is fitted the copper part you see with the valve on comes off. But first you have to remove the blank you see on the end and replace it with another fitting. I knew the next one along needed doing so I thought I'd help out by taking off the blank. Problem was it was under vacuum and valve was open along with the big valve you see behind. Next thing I know is I hear the valve shut and all the other valves around the Storage Ring. I realised what had happened so phoned up my manager and told him what happened. With that he came down to check everything and we then connected the whole section up with Vacuum Pumps to get the pressure back to where it was again. After a few hours it was back to what it was and I hand learned another lesson to make sure the valves are shut before I do anything. Sorry if you do not understand what I am talking about but I did work in a Scientific environment 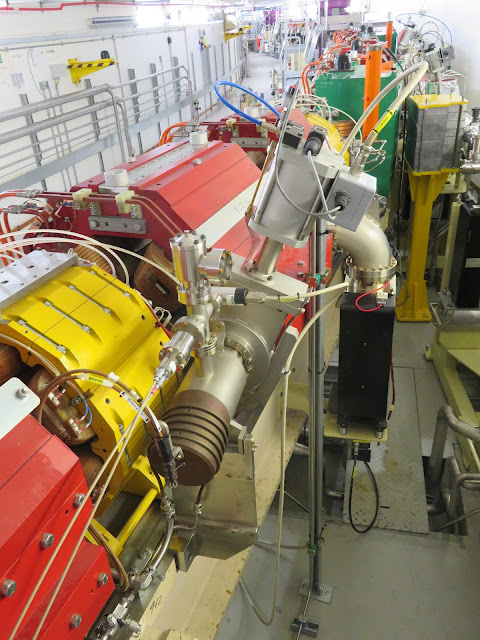 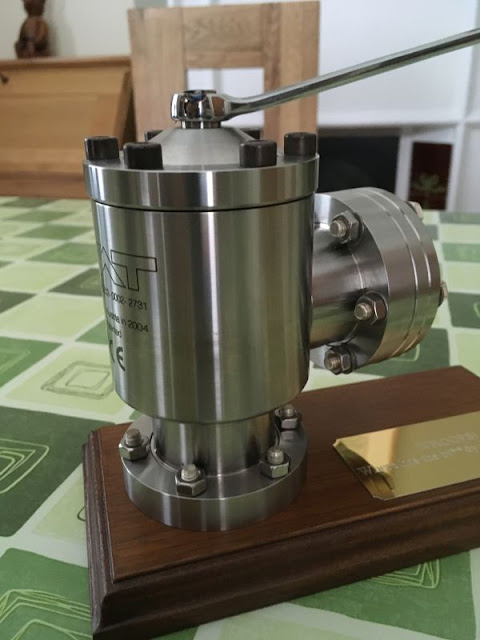 But don't worry they did not give me a new one, this one has a leak in it I tried to repair and found that the seating on it had gone also so it was scrap but the did clean it up to look like new.
Taking partin Our World Tuesday