Now I visited this reservoir a few years ago but with the recent drought I thought it might be good to revisit and see how it looked. I wrote a blog on the Llyn Brianne on my last visit and thought I would find the place unchanged other than the reservoir a bit low. I was shocked at what we come across.. 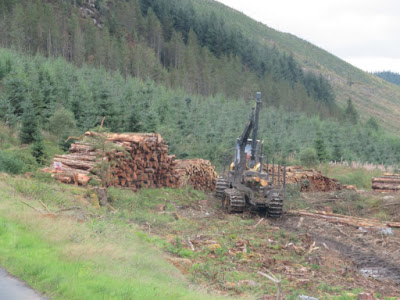 Last time I came here the area was covered in trees, now they are logging them 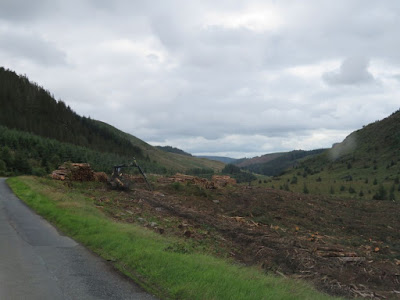 This shows the extent of what they have done in this part. I missed getting a photos of the machine cutting them down 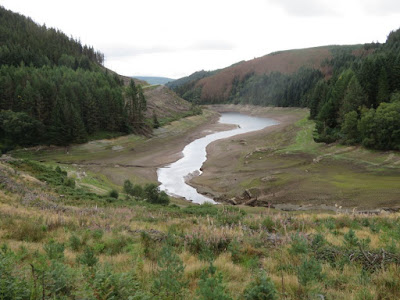 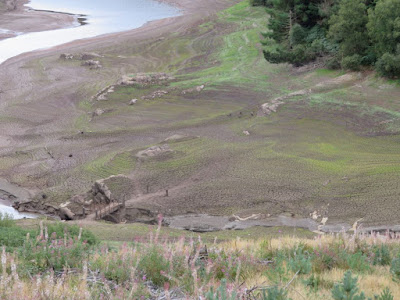 Large swathes of bank were on show 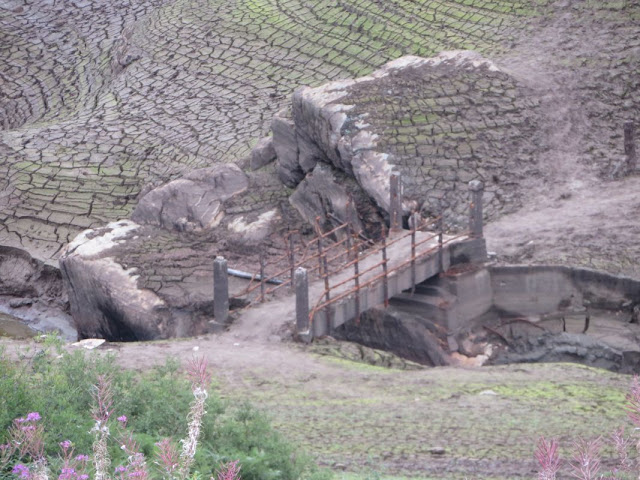 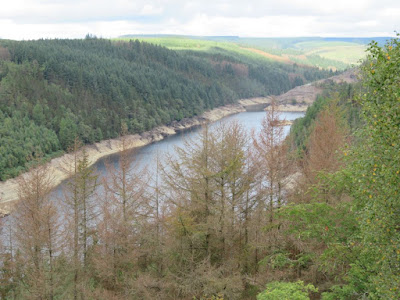 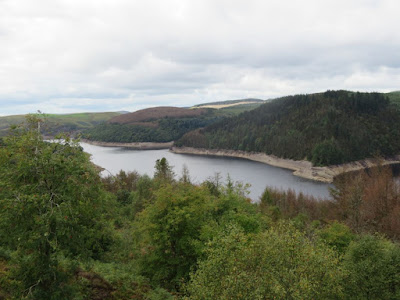 The water had dropped way down 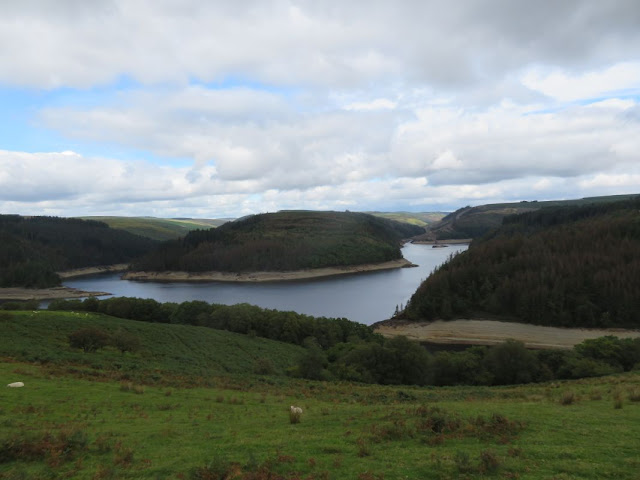 Even down at the dam you could see rocks and boulders that normally were not on show. It will be a while before the water in the reservoir recovers