Sometime after I started working at Diamond Light Source we got an old shipping  container to use for storage while the place was being built. The container was inside and after the place was finished the container was moved outside. 14 years on in it was showing its age and leaking so a new one was purchased. The photos show the amount of effort that went in to moving it 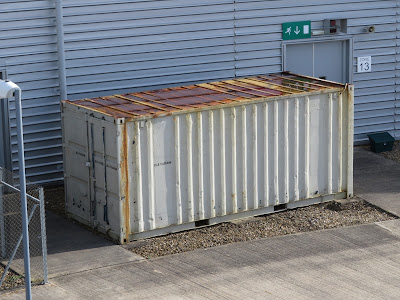 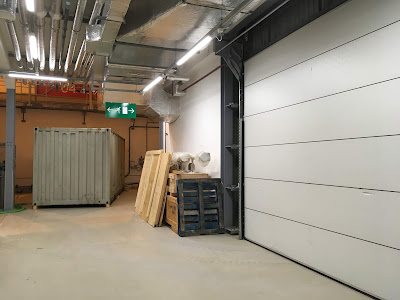 Above the old container waiting to be moved 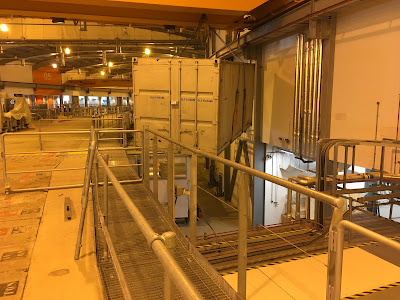 The container is the lifted by crane 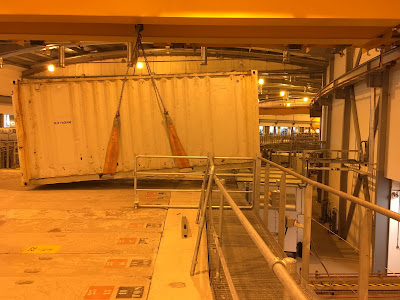 Over the storage ring 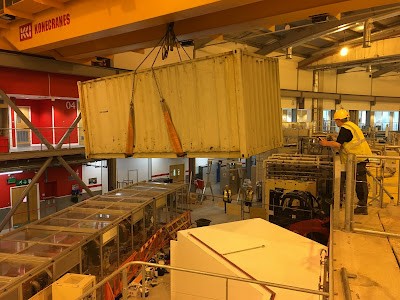 then down the other side 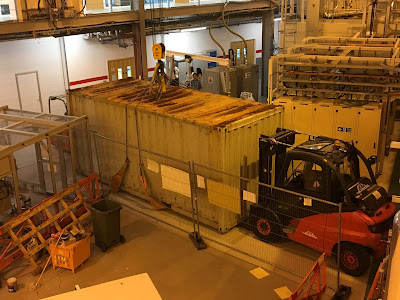 and moved out side 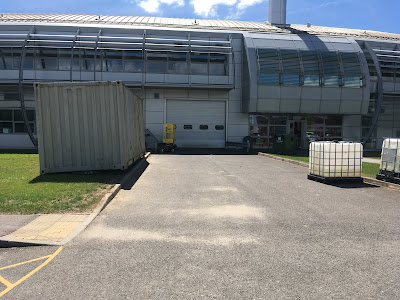 Where it was left to get picked up.
The lorry came in and unloaded the new one and picked up the old one 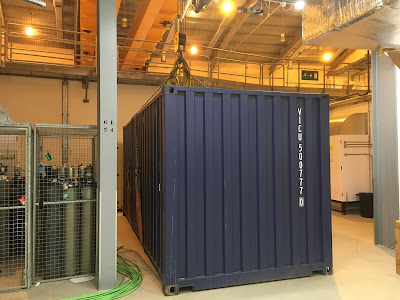 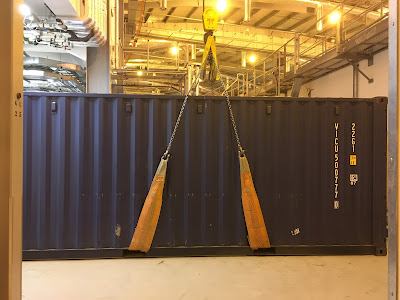 Cop the size of the lifting straps 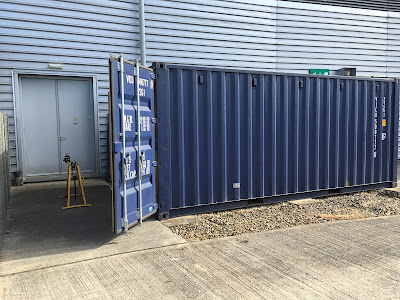 The new container now in place and being wired up with lights
Posted by Billy Blue Eyes at 07:57