Now this is somthing I have always wanted to see and Fiday I made an effort knowing that the Swan Uppers had stopped off at Moulsford overnight. I knew they were starting off at 9am and would pass our village not long after so it was off to Ferry lane to see the flotilla 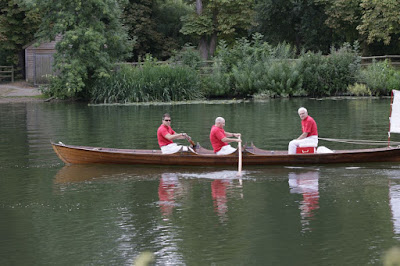 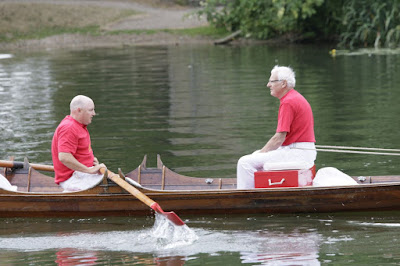 The gut ath the back is sat on the tool box 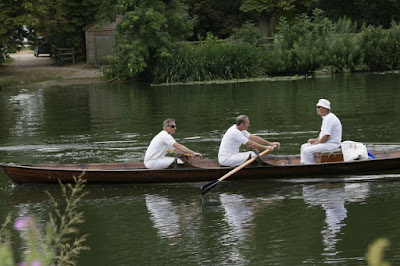 This boat was next 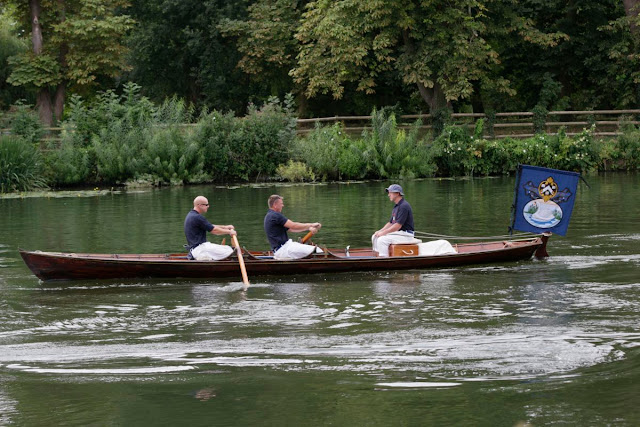 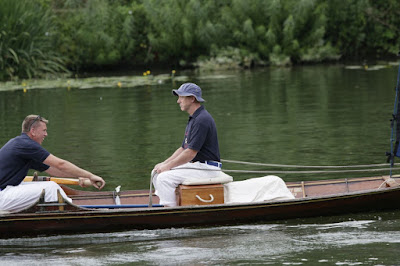 Then this one of the Dyers' Company.

That is their flag 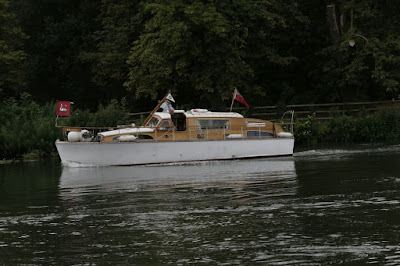 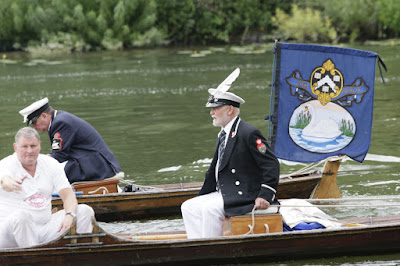 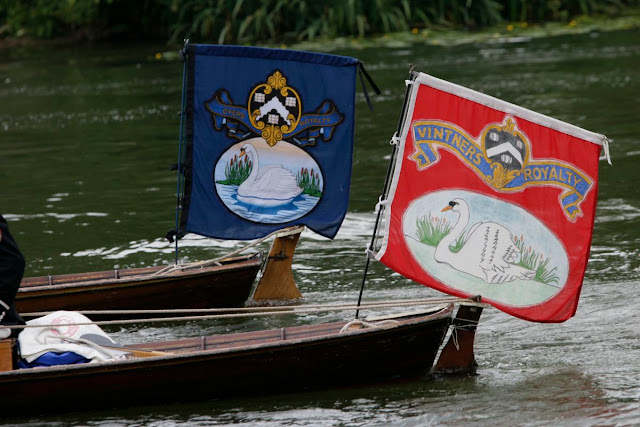 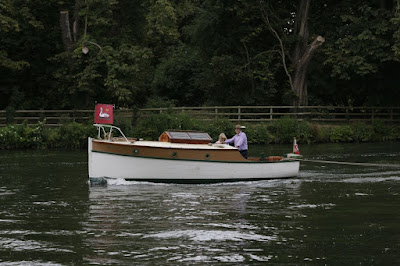 This noat camer after towing 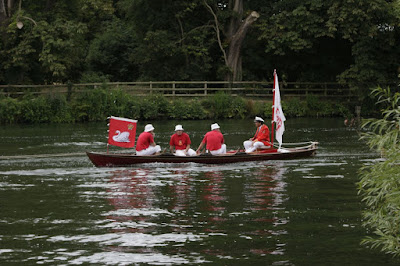 This skif with the  Swan Marker 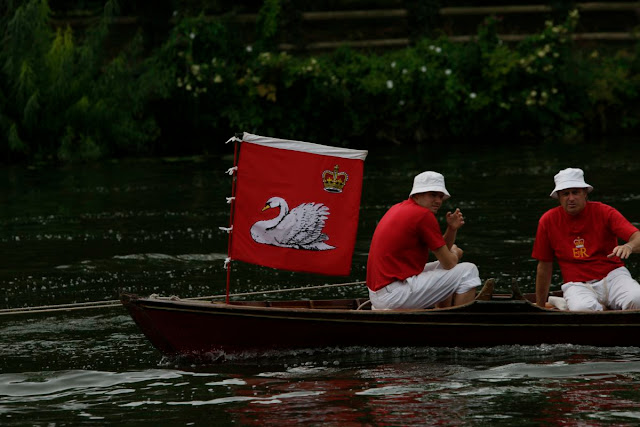 The flag of the marker of Swans 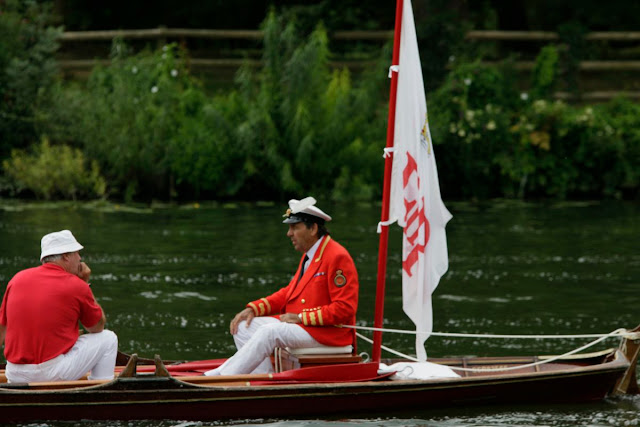