These are some photos I came across on my laptop and were taken after the flooding in 2012/13
I had been watching and taking photos of the floods when I heard a boat had sunk. A buoy marked where it was in the floods and by early 2013 the bow of the narrow boat could be seen. 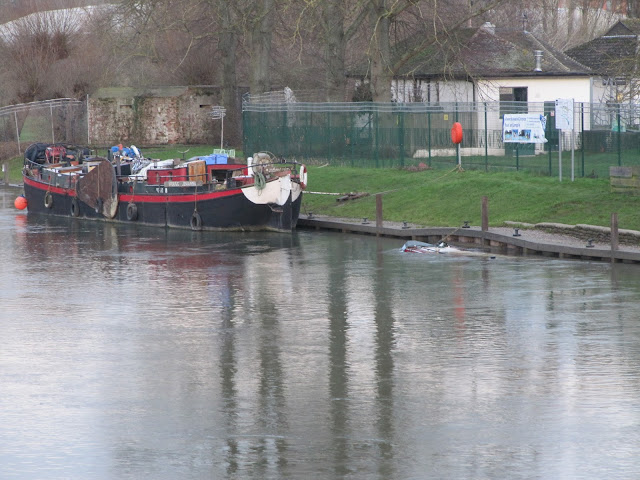 Believe it of not it was one of three boats moored here, the far one a family were living in it, I even saw them wading through the floods to reach the boat. The two boats were moored right the centre one was too tight & sunk 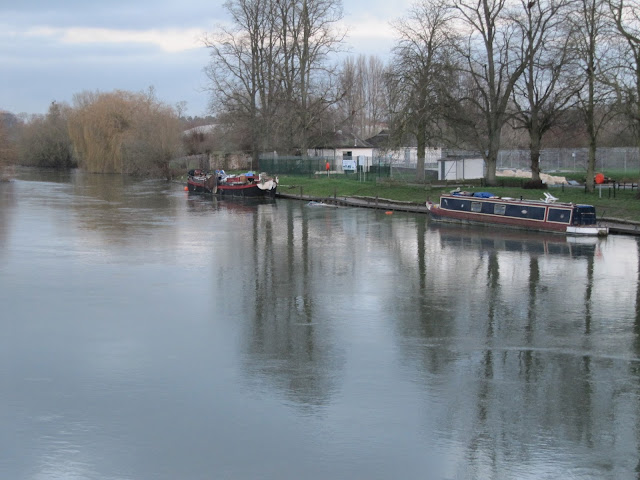 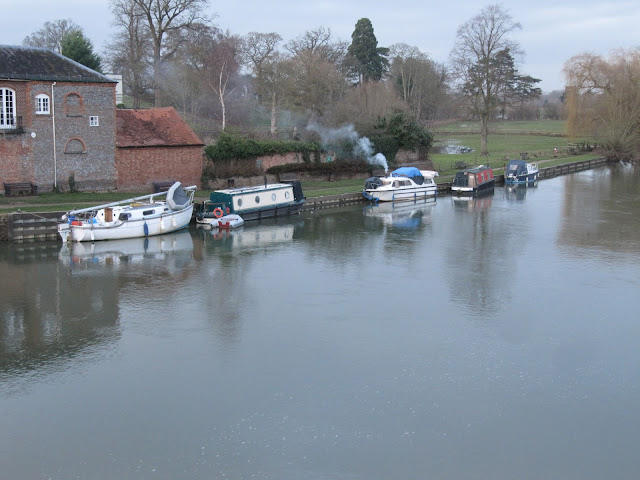 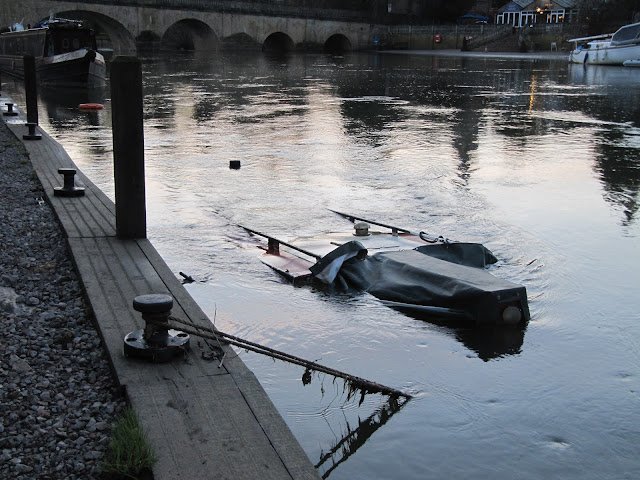 You could see the whole thing under the water 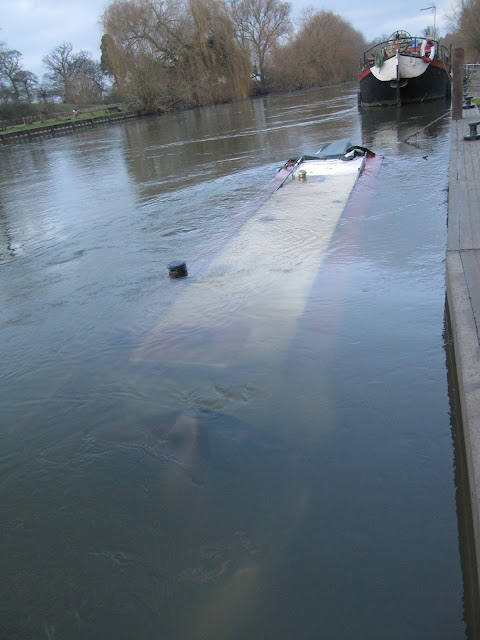 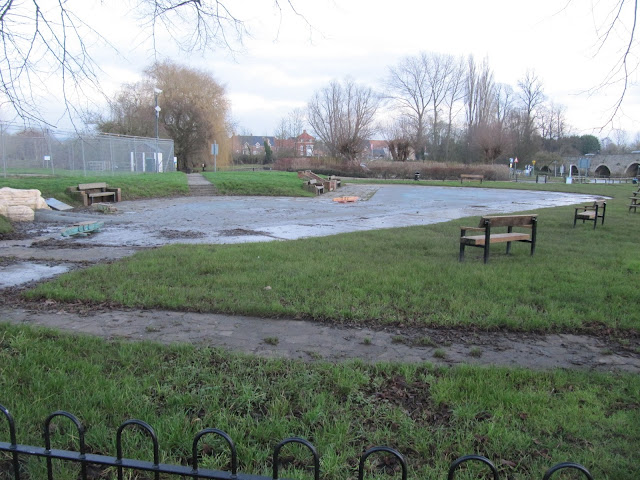 You see the litter bin well that was under water , the restaurant on the opposite had water above the red life preserver you can see hanging on the wall and all the picnic tables were swept away 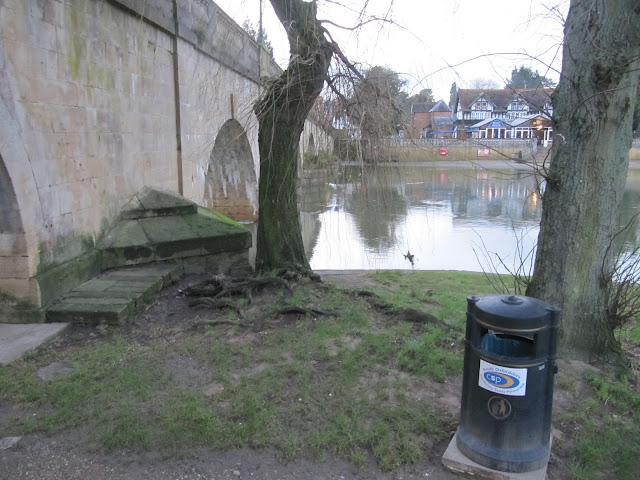 Right under the bridge to be caught up in the trees, no doubt many more went down river. 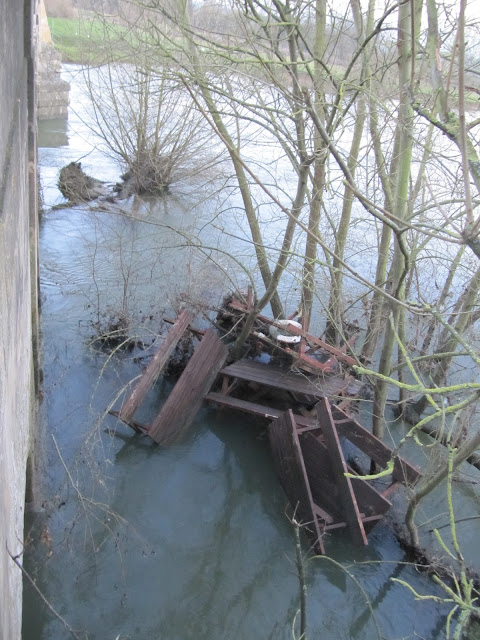 The boat I showed was re floated a few days later and removed, could not say what became of it. The floods were not the highest I have seen but came very close.