This is a quick update on the new housing estate called Poppy Fields in our village, I was interested to see how the houses were progressing 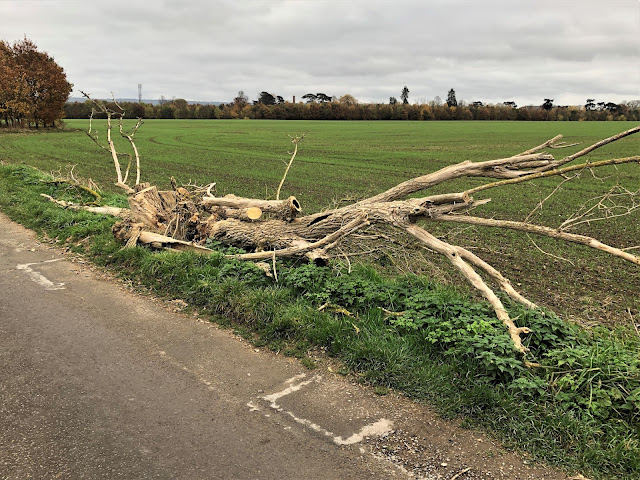 This was taken a few days previous , it's an old Elderberry tree or bush more a weed that anything because the birds eat the berries and spread them. This one had been blown over and had been chine sawed up to clear it out of the way 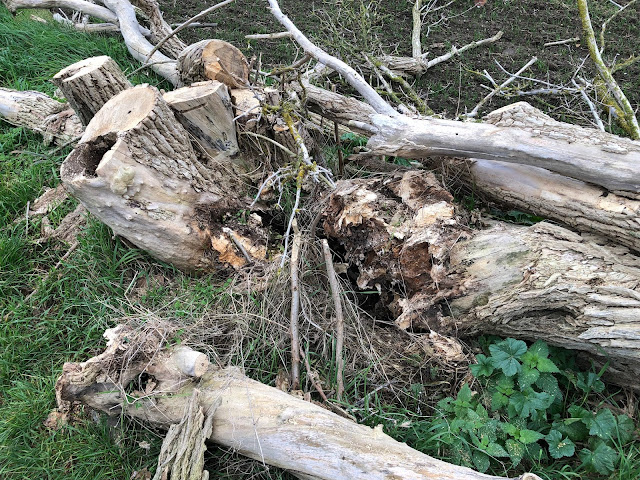 You can see why it fell over it was rotten 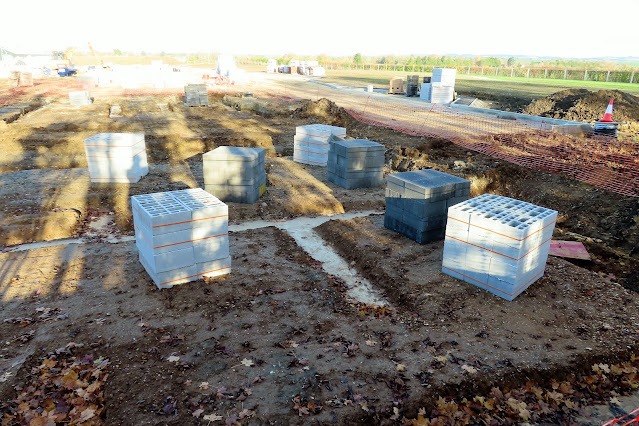 So on to the estate where I found the place a hive of activity, last time I walked past they had only laid the concrete, now the block work was waiting for laying 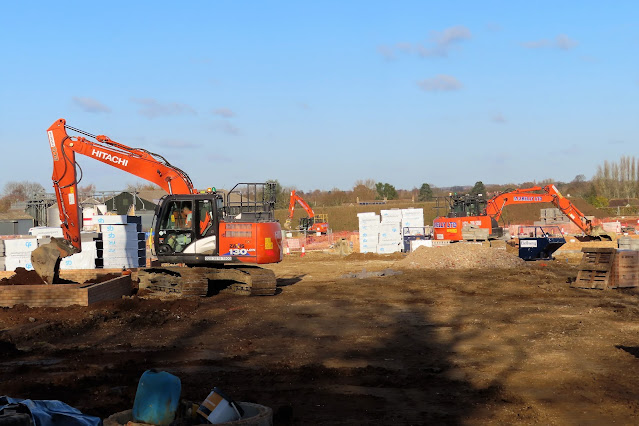 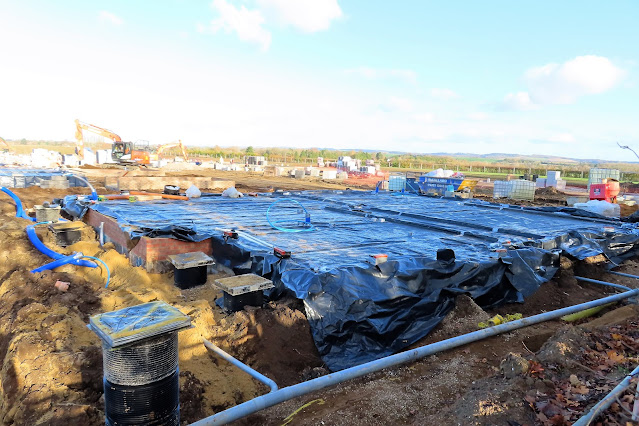 This covering may well be the damp course waiting of the concrete to be poured, but then it could be just coving it from the frost we had last night 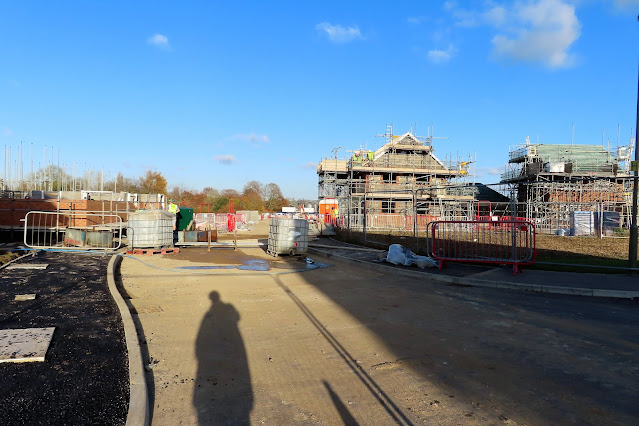 Last the entrance to the estate where they are well on the way to finishing the houses. On the way home I stopped off a the sales office and asked when the first houses were due to be opened as show homes. I was told January  2022 so I'll post my next update then.
Then place it over the clematis you are growing. I still have to put  top on this yet and make a birdhouse to go on the top. I'll post a photo when I have made it.
Taking Part in My Little Corner of the World  Our World Tuesday, Imag-in-ing and Through my Lens you can find all the links in the right hand column.
Posted by Billy Blue Eyes at 17:45