There are a number of things going on around the village at the moment various trails for kids to follow during the holidays, (I will feature the walks in another blog) for now I will show some of the places I have written about or am going to blog about on Our World Tuesday 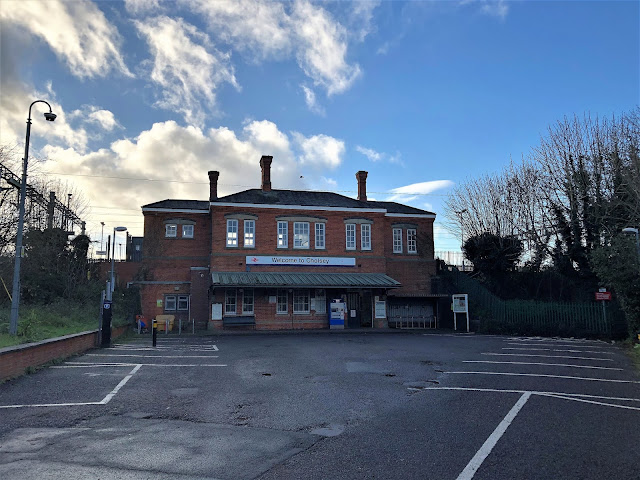 I will start at the Station which opened in 1892 having been moved from the original place about a mile back up the line. Most usual thing about this photo is it is the first time I have seen no cars in the carpark 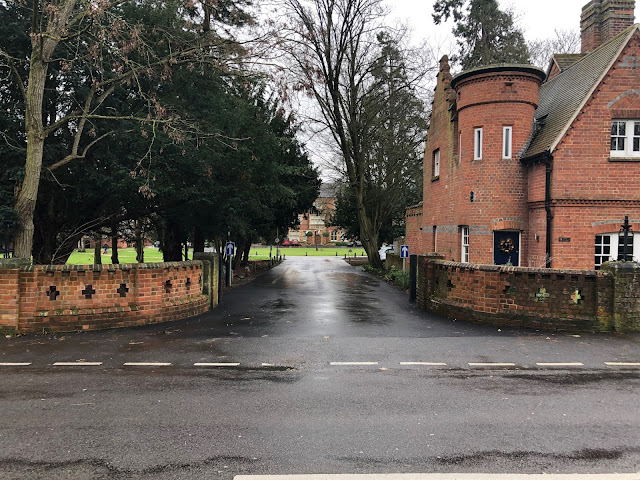 The next few photos were taken a couple of days previous when I walked around the village. The is the entrance to what was Fair Mile Hospital my parents worked there for most of their life. I have written a series of blogs on the place. 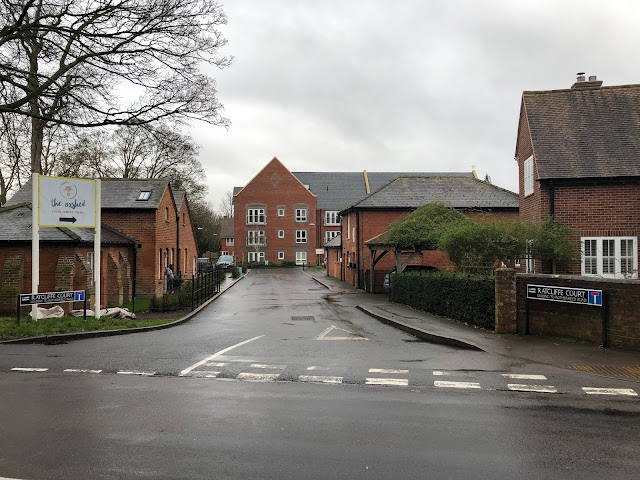 The old farm entrance to Fair Mile, when the place first opened they kept livestock and a dairy herd and were nearly self sufficient, the original farm buildings left were restored being used for homes and small businesses one of them is a coffee shop 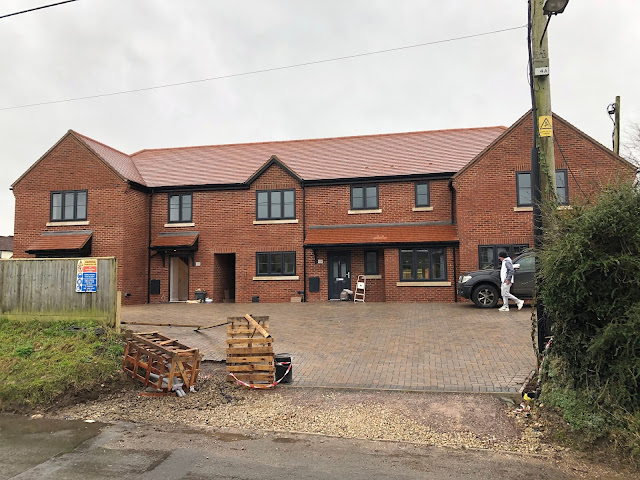 The set of houses here were built on a property that once had a bungalow on it. I did show it a while ago now the houses are nearly ready for occupation 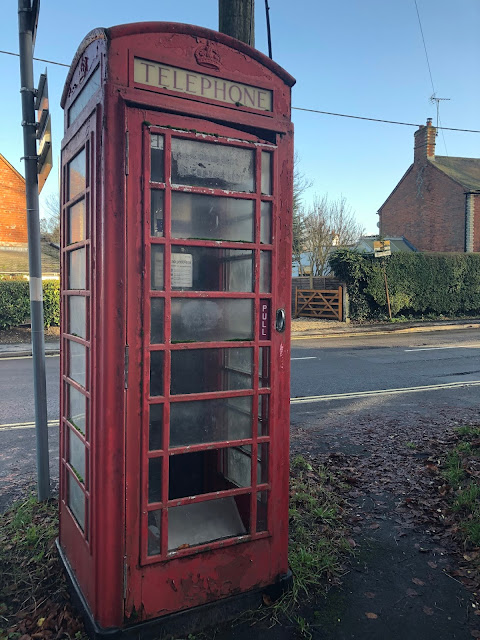 I will end with this picture of the old Phone box where in the past youngsters would be phone their sweethearts and girlfriends now a mobile phone does the same. Th box has deteriorated and is in need of some TLC. The other one at the ether side of the village is now used for a defibrillator but the future of this one is unknown to me. I just home it is restored and put to a good use it would be sad to see it go. That it for Our World Tuesday from me this year hopefully I will be back in the new year with more for you to see. Do have a merry Christmas  and lets hope next year brings us all better times.