Of Ghost's and Ghouls

Lock-down is with us again in England so that is it for four weeks till I am able to get out again. Last time I was lucky in that sprig had come and I was able to show the results around the garden and greenhouse. This time the greenhouse has plants stored along with some garden furniture, the beds are cleared and look empty and will not be growing much till spring. Thinking what to write I went out for a walk for inspiration and after visiting the churchyard thought of this 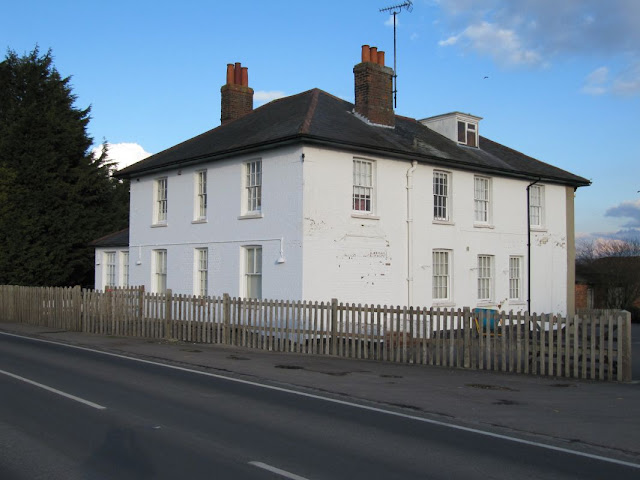 This is the old Waterloo public house. It was built along the Turnpike that went to Reading in 1816 the year after the battle of Waterloo hence the name where it was a hotel for travellers. In the 1840's the railway came and no doubt the pub was still used for that until the Railway opened it's own hotel. a couple of hundred yards away by the Station at Moulsford. 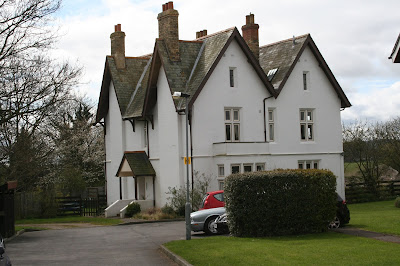 The hotel did not last that long either because the station moved about half a mile up the track and they opened a new one in 1892. The old hotel became a guest house and when I was younger a roadside cafe 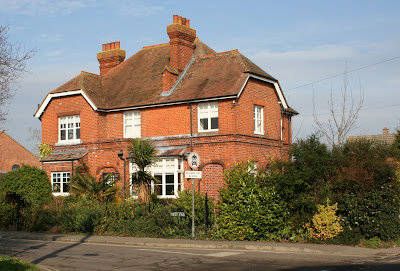 This is the place that took it's place, the Railway Hotel and tavern. It later became the Brenford Tailor 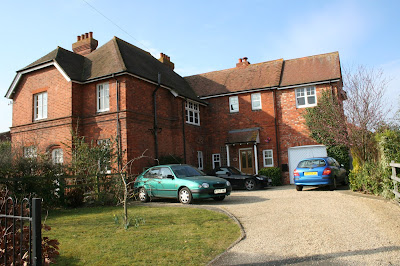 Which is how I knew it when I worked there in the 1970's, it's also where I met my future wife. The pub had the notoriety of having over 200 different whiskey's and people used to bug me by coming to the bar and after spending time looking for an obscure one would ask for it thinking I we being clever. My answer was point it out then please. That tended to shut them up. 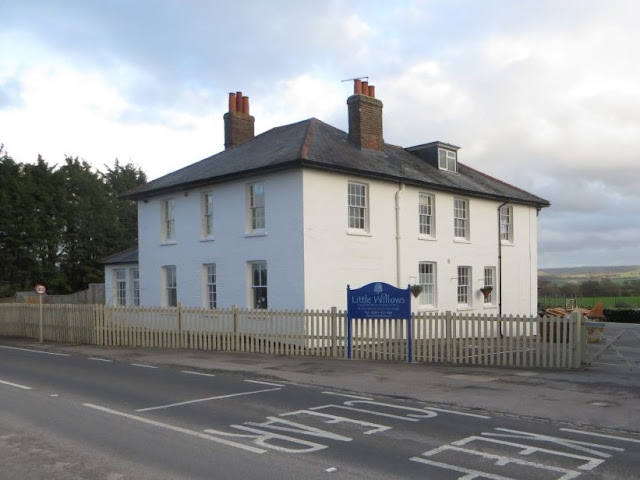 This is it a few years ago. Back in the 1970's it was a very popular pub where I used to go, the old entrance I sat in as a kid eating crisp's and drinking coke was where the centre window was. By the 1970's I was drinking beer and enjoying myself at the discos that were held out the back in the barns there. One night my mate (who used to live there when we were kids as his dad run the pub) said to me you have to come and look at this? So he took me around to the lounge bar where the landlord was decorating the place and showed me a mural on the wall. It was a very old one dating back to the 1800's and showed ghosts and ghoul's dancing around the grave at Cholsey Church and the Railway in the background. Then he said look up! and their painted on the ceiling was a pentagon. I must admit the whole gave me the creeps. My friend had lived there for years and neither him or his dad knew it was there. The place may well have been used for satanic rights or a protest against the railway that has taken the pubs trade. I don't know but what was in the ceiling did it for me I never went in that bar much after that.

The Church and Railway in the picture well the church is on the left and the railway around 200 yards away to the right. The graveyard would have been about 25 yards past the brick wall you see behind the the line above it. the brick was was built in the 1950's to enclose the new one. The railway was a branch line that went to Wallingford, it shut in 1961. 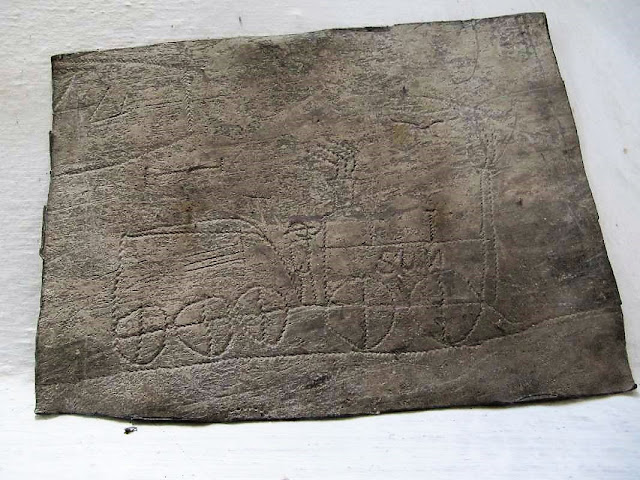 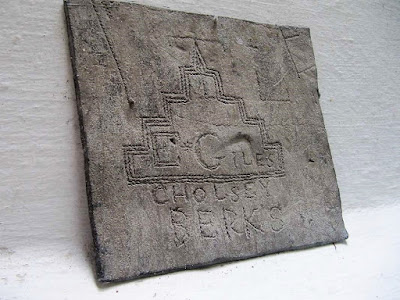 The trains that run then in the 1800's would have looked like this lead time that was found up on the church roof
the drawing done by E Giles. Note he spells Berks like I did when I had to write it down and still do 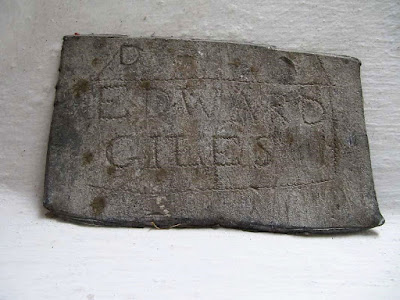 On another tile shows his full name Edward Giles.
Hope you enjoyed my little story about a three pubs and a railway with some creepiness thrown in .
Take Care
Taking Part in My Little Corner of the World  Our World Tuesday and Imag-in-ing, you can find all the links in the right hand column
Take Care Everyone
Posted by Billy Blue Eyes at 18:17