Last week we had some cold fogy mornings, going out on the patios I noticed some dew on the cobwebs, I thought lets get a few photos of them and went and got my phone 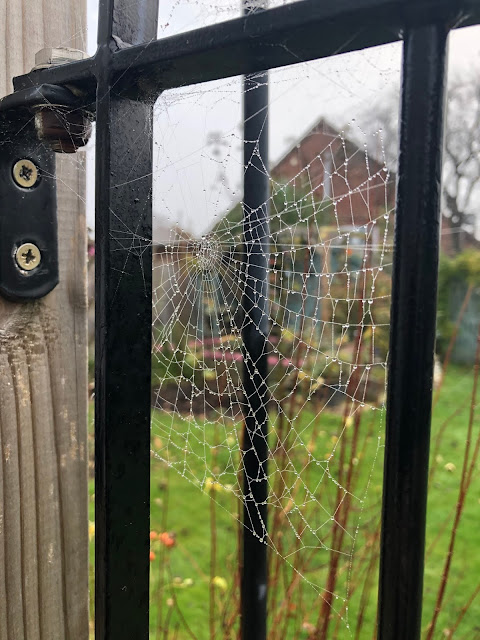 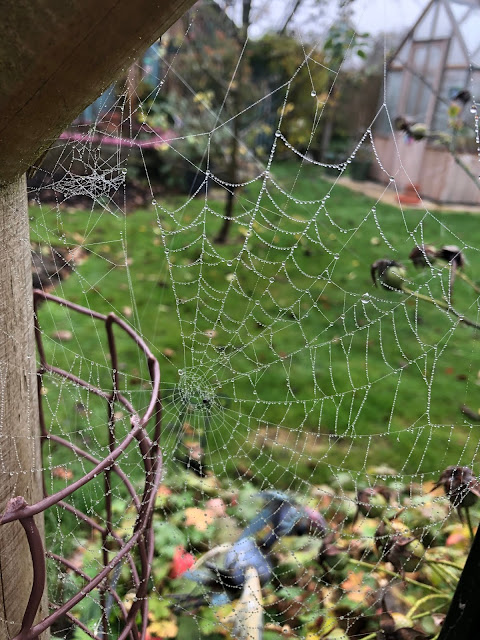 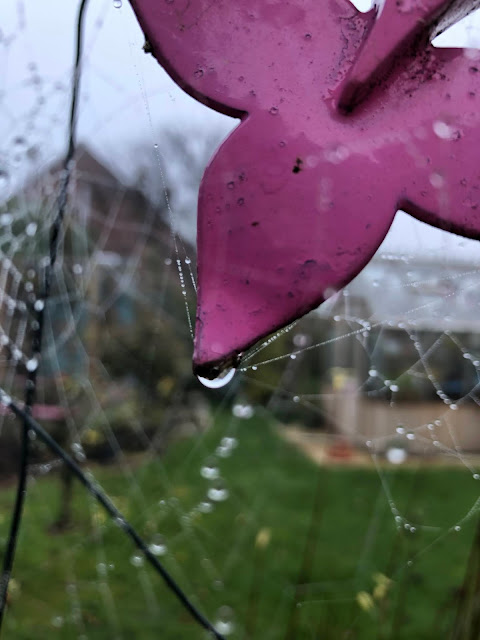 The metal work had drops forming on them 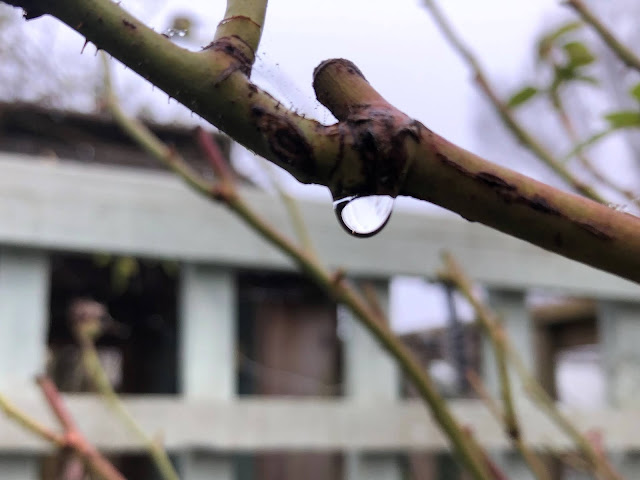 And a rose branch had another 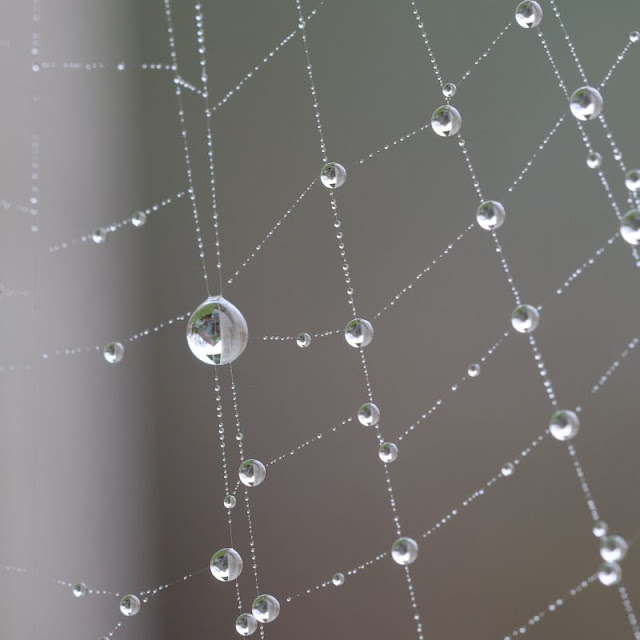 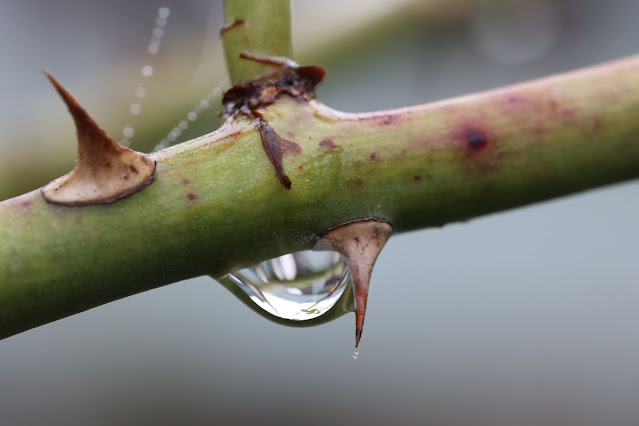 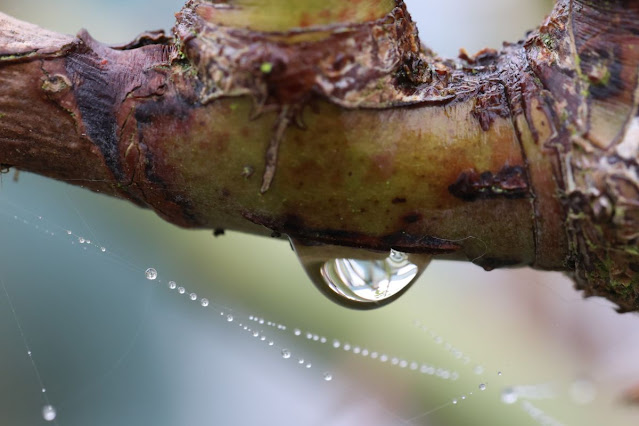 Dew forming on another rose branch 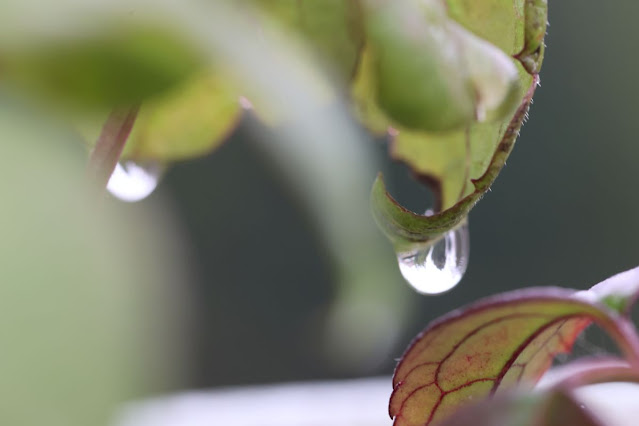 Even the clematis leaves had droplets on

That's it for this week. Take care