Some of my Garden

So as we are all suffering with the problems caused by COVI-19 I though I would start this week off by showing Some of my Garden. A few years ago it was a right mess after we had an extension to the house. After having a new patio laid we built a couple of raised flower beds and in the not too distant future hope to be adding a couple of raised veg beds 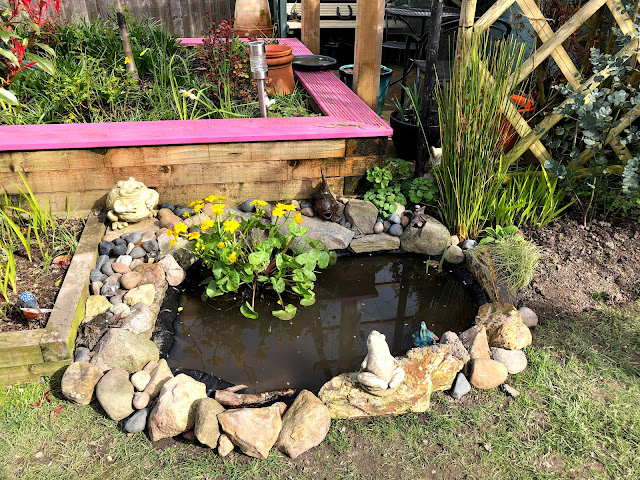 First think I will show is the pond which I put in and was the cause of my back problem digging the hole, is more of less finished now though I intend to add a solar feature  using the fish on the other side of the pond. 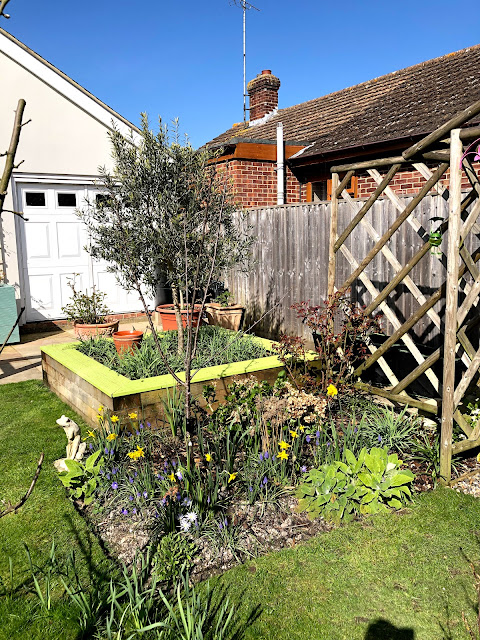 You can see one of the raised flower beds with an Olive tree in it, the green flower leaves are all that is left of the snowdrops that were growing in there. After I made the bed I did not realise how many bluebells were in it so when a fruit tree we had in there got canker I dug it all out and managed to clear the bluebells which now reside at the local compost facility. The bed was planted with the olive tree and snowdrops 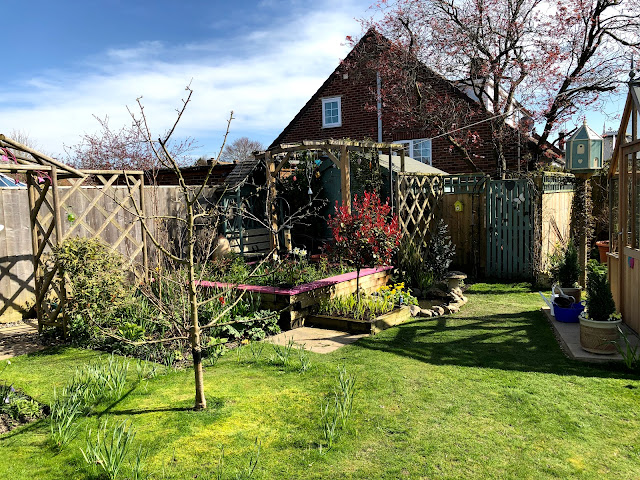 This is a view down the garden to the second raised bed which has an apple tree in it, the tree in the foreground is another apple.  You can see a pergola and Arbour with seat further on. There is a small patio there with table and chair where we sit and have tea in the summer. It is my favourite place to sit.  The smaller raised bed has a Red Robin in which is growing well. 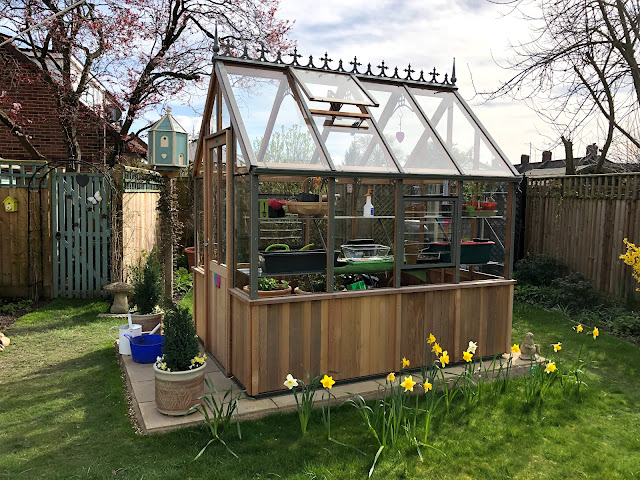 Last of all the greenhouse, we bought it last year and I built a base to put it on and spent three days assembling it.  The main parts I assembled in the garage and then brought them out and fitted them together 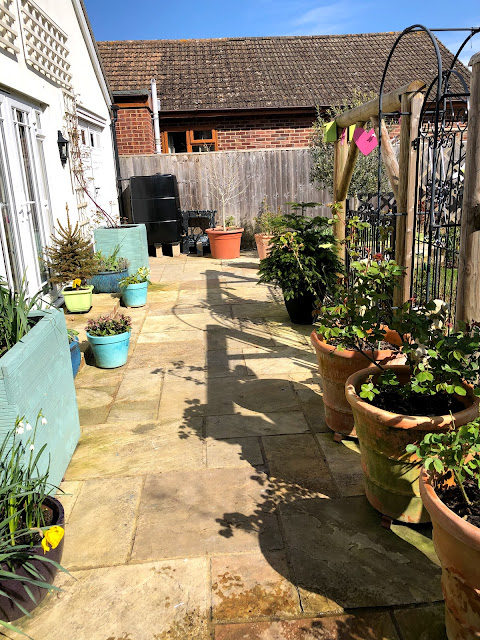 I will leave you with a view along the main patio which has pots of roses on, the two large planters have climbing plants in. The big one I did a feature on is made from a pallet, the one further on is an old water but I put a case around. The black tank behind is one of the rain water butts we have it takes 500 litres of water. there are another two behind me that take 350 litres each giving us around 275 gallon, These we use during the summer to water the pots.
I will show you in the greenhouse and other time
Stay Safe everyone we will get through this
Taking Part in Our World Tuesday