Winterbrook is a small settlement on the edge of Wallingford it appears on records back in the time of Henry III. Up until a few years ago it was part of the parish of Cholsey but after the Bypass was built and the need for housing was heightened, developers tried hard to build in the area between the road and the village. While in the parish of Cholsey they were fought off but my feeling is Wallingford & South Oxfordshire District Council saw a need for it becoming part of Wallingford. Despite the objections from Both Cholsey Parish Council and all the residents of Winterbrook the place was absorbed into Wallingford. Not long after planning permission was granted on the areas that had been fought off for so long. There was one place I wanted to see what had happened to it after seeing houses being built as we drove past in the car. so one day I parked my car off on a disused road on the edge of the place and took a little walk around. This  log is a little longer than I normally write for Our World Tuesday so I hope you do not mind 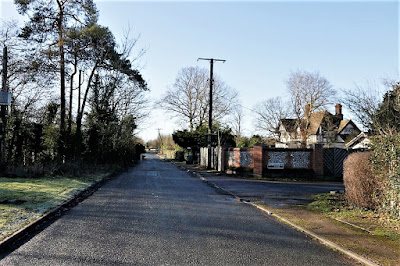 This is the side road that I parked along, many people do and walk into Wallingford. If you look in the distance to can make out the roundabout off the Bypass 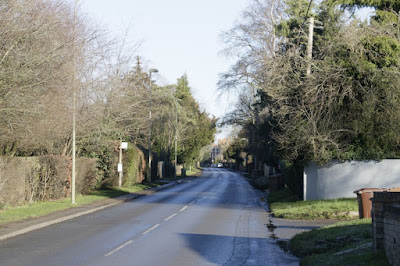 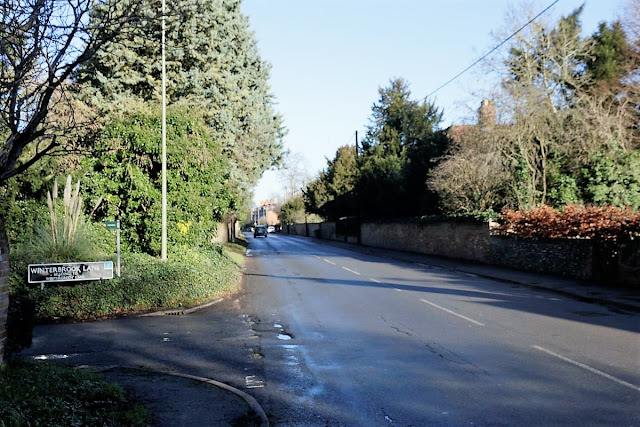 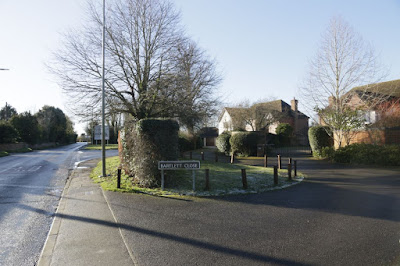 Looking back towards the bypass, the road you see spitting off is the old road I parked along. it takes you to Cholsey or at least did. The little close you see over to the right was built a number of years ago on a paddock 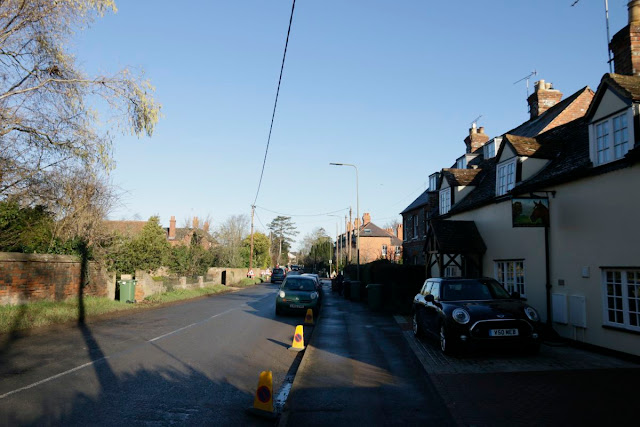 The place on the right is called the old Nags Head, when I was a kid it was a pub, I remember sitting in the porch with a soft drink while dad went and had a pint. It originally was a toll house because the A329 was a turnpike of toll road 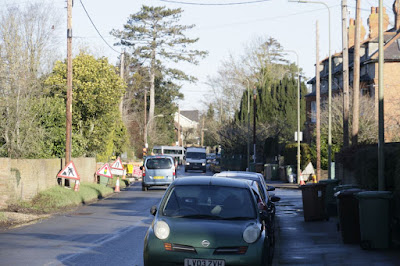 Zooming in a bit here you can see the traffic backed up because of road works, they are building a pavement to allow pedestrians to walk safely from the new housing estate to the left of the yellow sign you see. The Van you see with the headlights shining is where Bradfords Brook is, that used to be the Wallingford Boundary 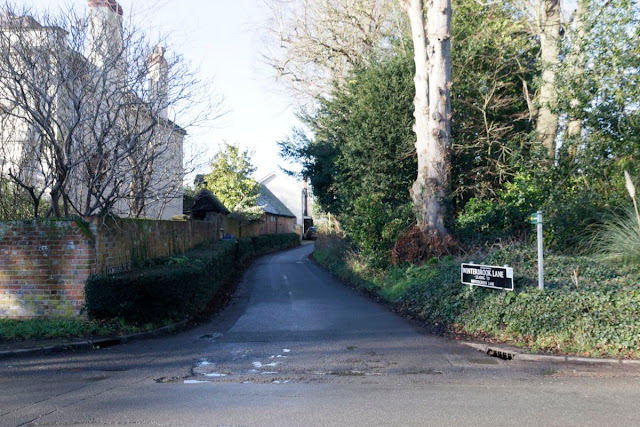 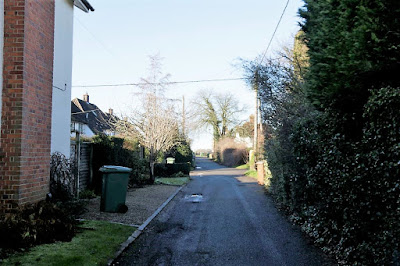 She may well have walked along here at some time 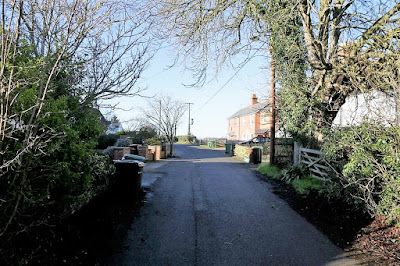 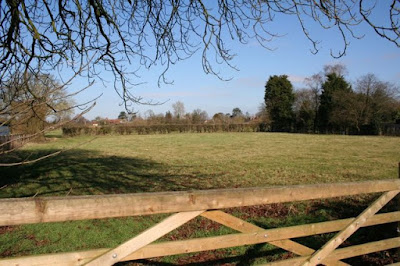 And maybe looked at Horses or cattle in this field 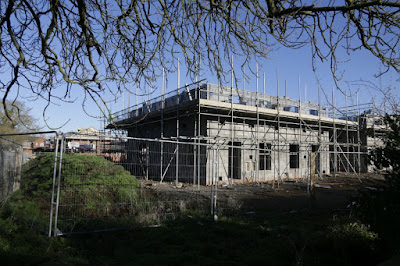 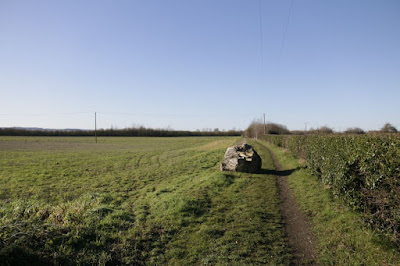 As you go further of you come to this track and if you walk along you will come to Cholsey Church eventually. This is part of the Agatha Christie Trail, a walk that will take you from Wallingford Museum to where she is buried in Cholsey.
I will be showing this at another time when I walk the whole thing 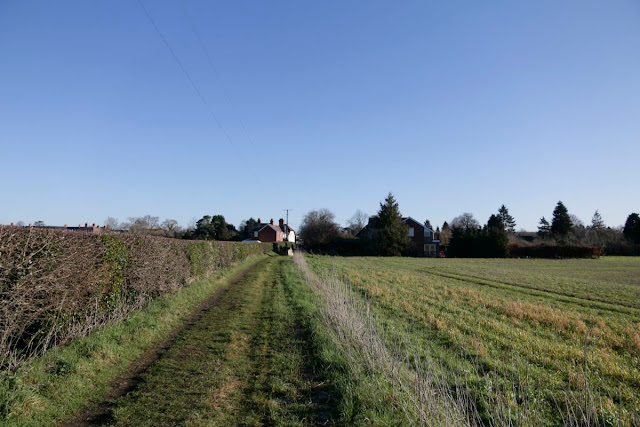 This looks back to Winterbrook 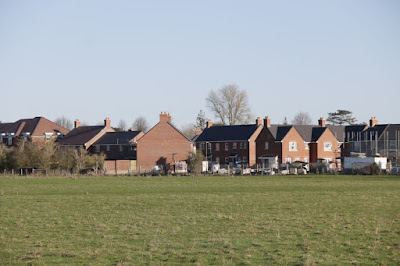 This looks towards the new estate being built 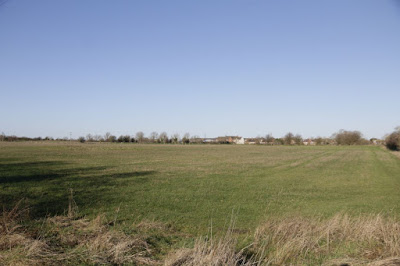 This is the field beside it that is under threat, the hedge line you see marks where Bradfield Brook in, Wallingford is past that. 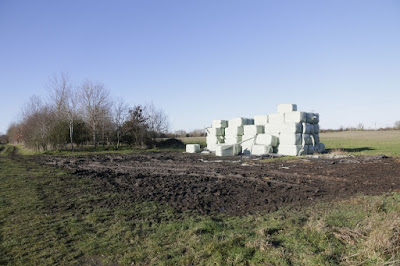 There used to be a bungalow here with a small garage were someone lived. The may have died of moved away as the place was empty for years then it was Demolished to  make it easier for planning. As it stands planning is on the offing and awaits a decision  but I have no doubt it will not be long 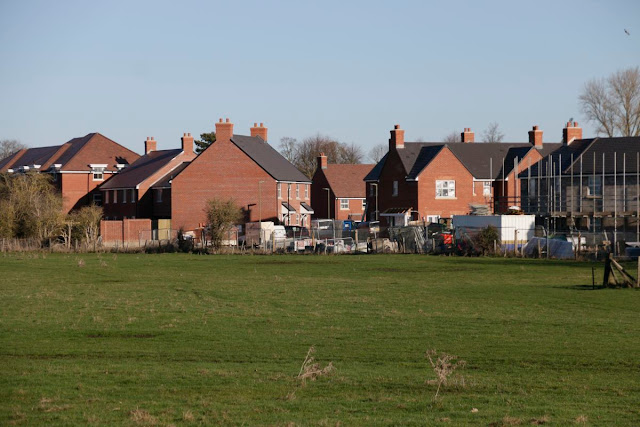 And if you look at how the houses are built here you can see where the road will join. No wonder I want to move away.
Taking Part in Our World Tuesday