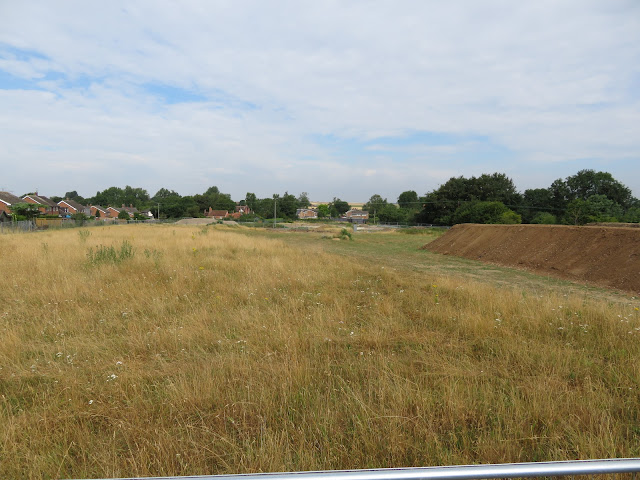 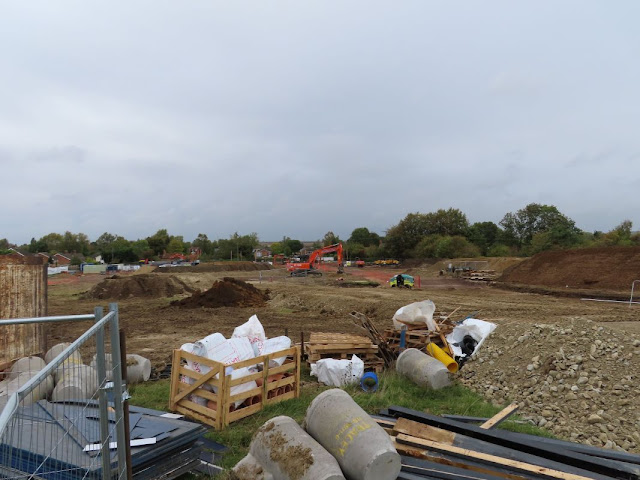 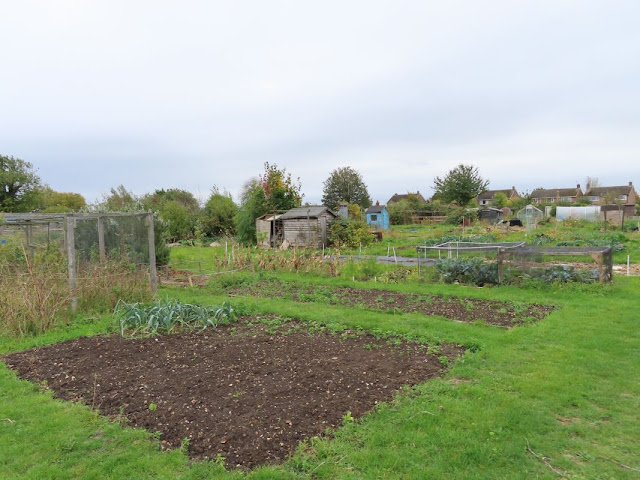 Behind me the allotments were suffering in the summer heat 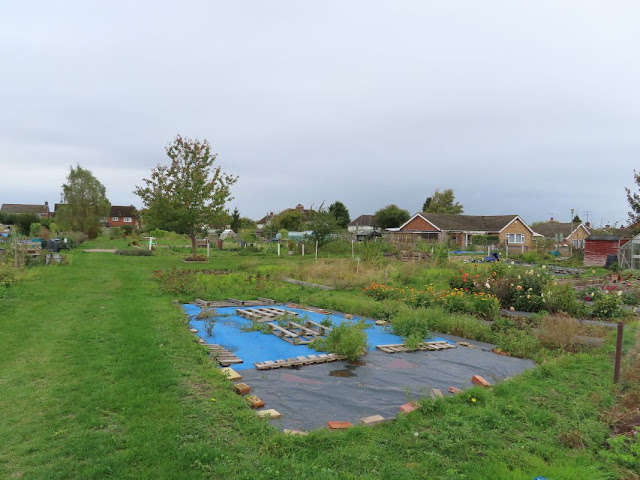 The allotments looked well kept with all types of plants and vegetables growing, this one had been covered in plastic sheet to make the weeds die off so the ground can be cultivated 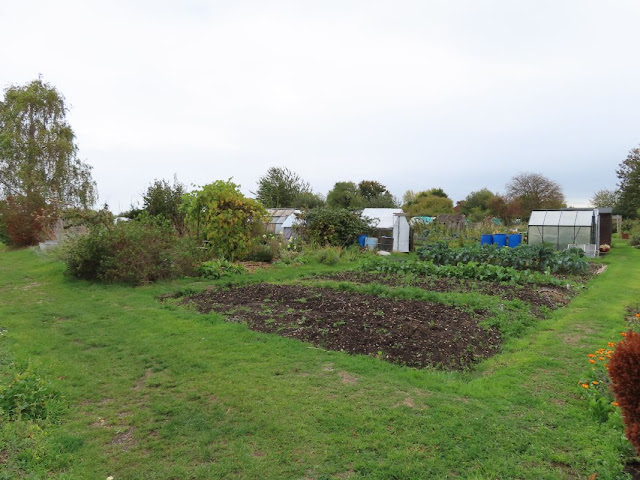 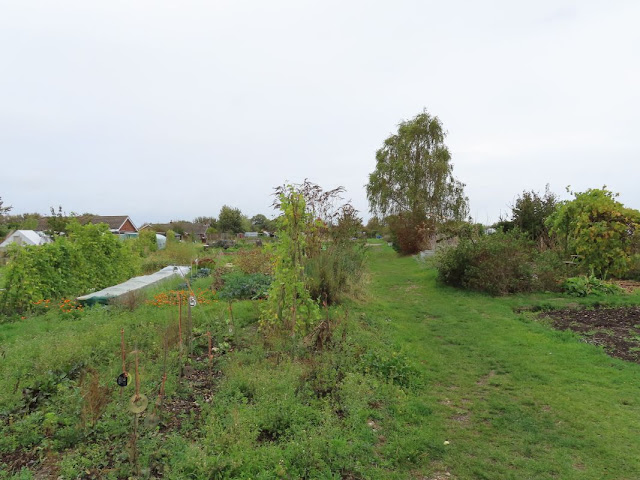 These allotments are always well used and though you can't see them people are working on their plots and getting one means being on a waiting list. From my point of view I'm glad they are used it would be sad to see them go and be built on like East End Farm
Taking Part in Our World Tuesday
Posted by Billy Blue Eyes at 19:35