The Waterloo public house was an old coaching inn along the A329 turnpike just outside Cholsey.
Look on an historic Ordnance Survey  map and you will find the inn shown clearly as the Waterloo Inn. Built in 1816 after the battle people would have travelled the turnpike from Oxford to Reading or onto London and stopped off here for the night Horses would have been kept in the stables round the back and changed or rested overnight before the coach travelled on. Turnpikes were toll roads and tolls would be paid at the toll houses that you can still see along the routs today though now we don't pay to use the road. The pub went into decline around 1840 when the Railway came through and a hotel was built nearby. The pub survived right up to the 1990's when it was sold. 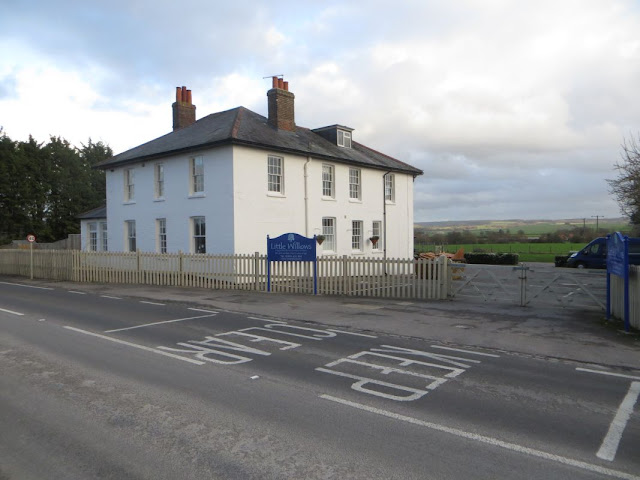 The entrance to the Waterloo, the Stables were around the side of the building and when I used to frequent the pub used for a Disco. Little of them seems to remain now as the old buildings were demolished.
Now a little piece of history. Back in the 1970's when I used to go to the pub the landlord did some decorating and uncovered a mural on the wall of the back room you see towards the back of the building. It depicted the railway running past Cholsey Church and ghosts and ghouls in a macabre dance around the graves in the churchyard. It was very creepy to look at. What I found even creepier was the pentagon painted on the ceiling. The room also had symbols on the walls and ceiling and was probably used for rituals. It was a creepy place to live, and some major misfortune happened with alarming frequency to those who lived there. The cellar in the building which was the Waterloo contains an anti-male, menevolant presence. Women were always oblivious to it but at least four former landlords along with the sons felt the presence. My friend Nick used to live here when his dad  was landlord and showed me the room after when the new landlord was decorating place and they were uncovered, I never went in the cellar 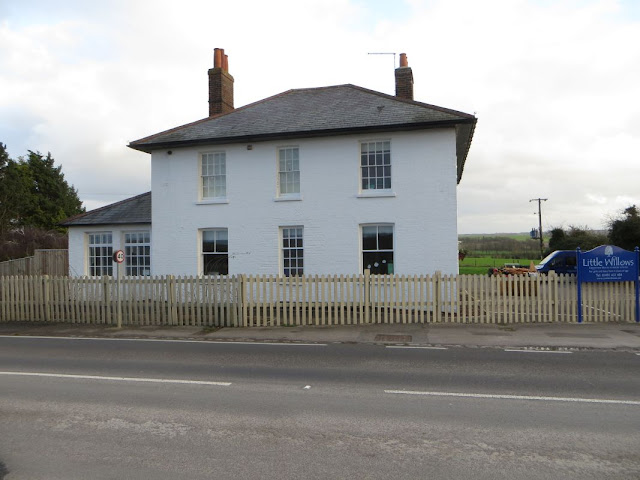 The front of the building, the smaller window you see used to be the entrance door and had a porch where I used to sit and drink my coke while dad had a pint inside It was bricked up when the building was sold and became a nursery called the Railway Children The place was sold again to Cranford House school in Moulsford and is now run as a nursery school by them 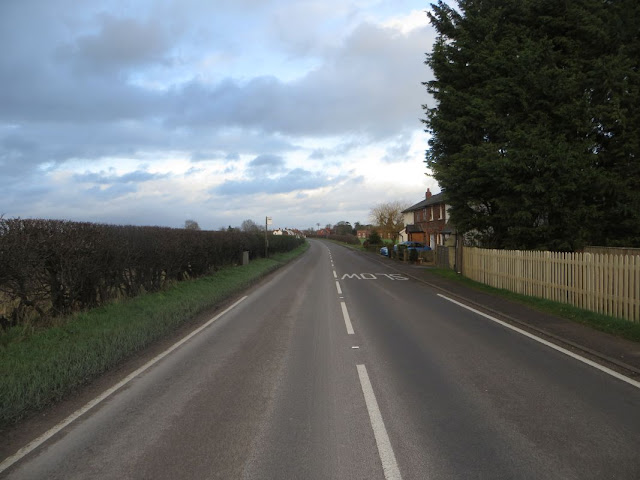 The A329 Turnpike looking towards Cholsey Village, the road carries on towards Wallingford 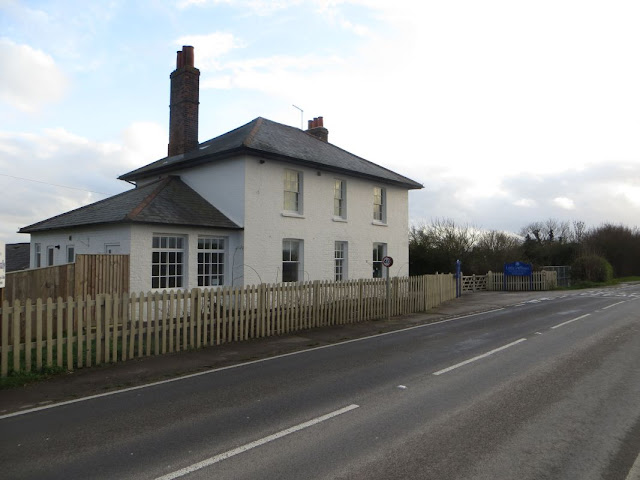 The turnpike going past the Waterloo now called the Little Willows. 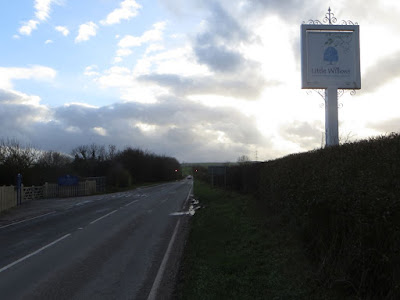 The Turnpike going towards Moulsford, the traffic lights you see mark the railway which was what became the Waterloos downfall. The one thing that remains and tells you what it used to be is the pub sign post still standing today.
I'll bring some story's of more of the lost pubs from this village in the future.
Taking Part in Our World Tuesday