R is for Reading 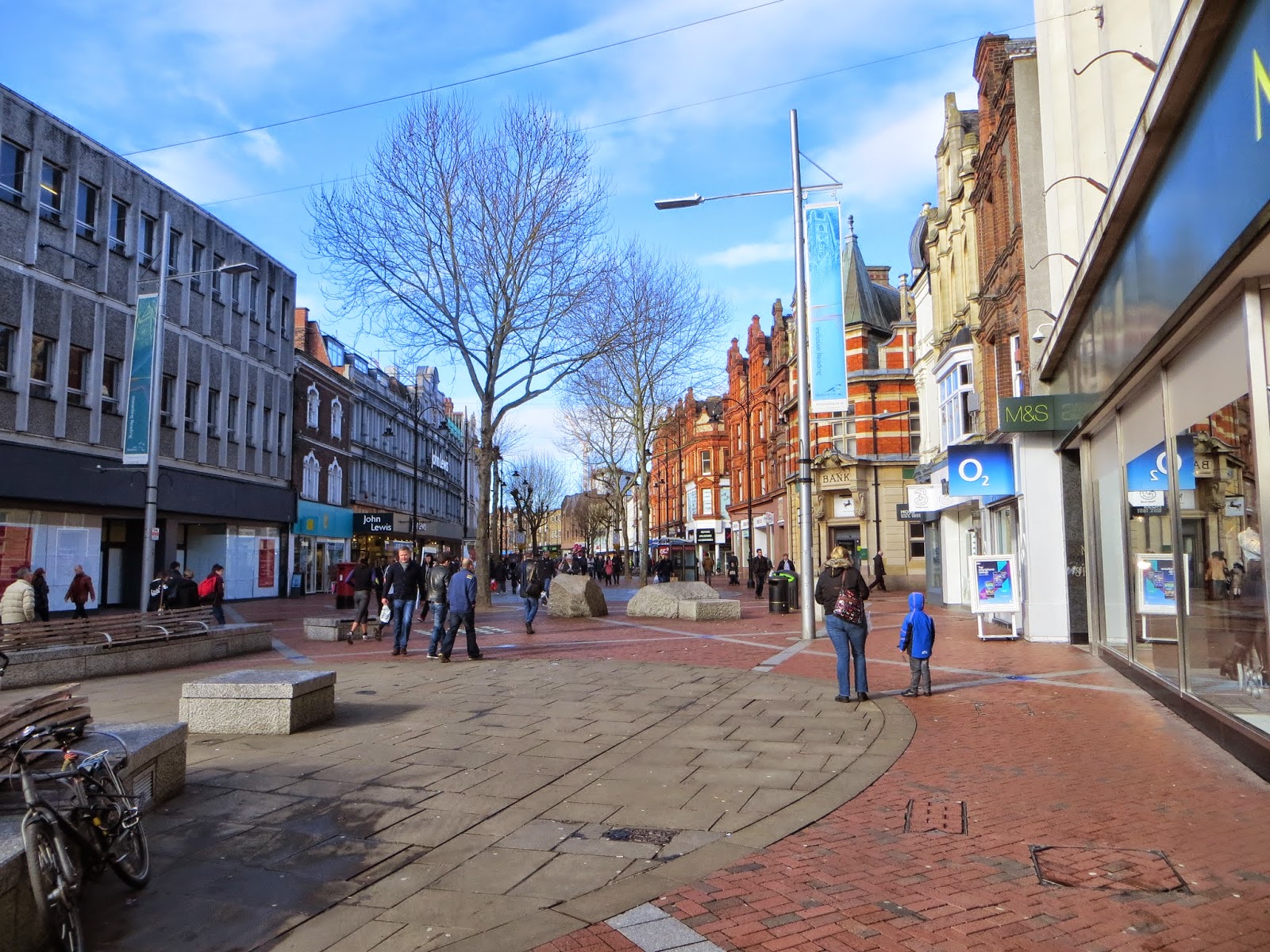 This is Broad Street the main shopping area 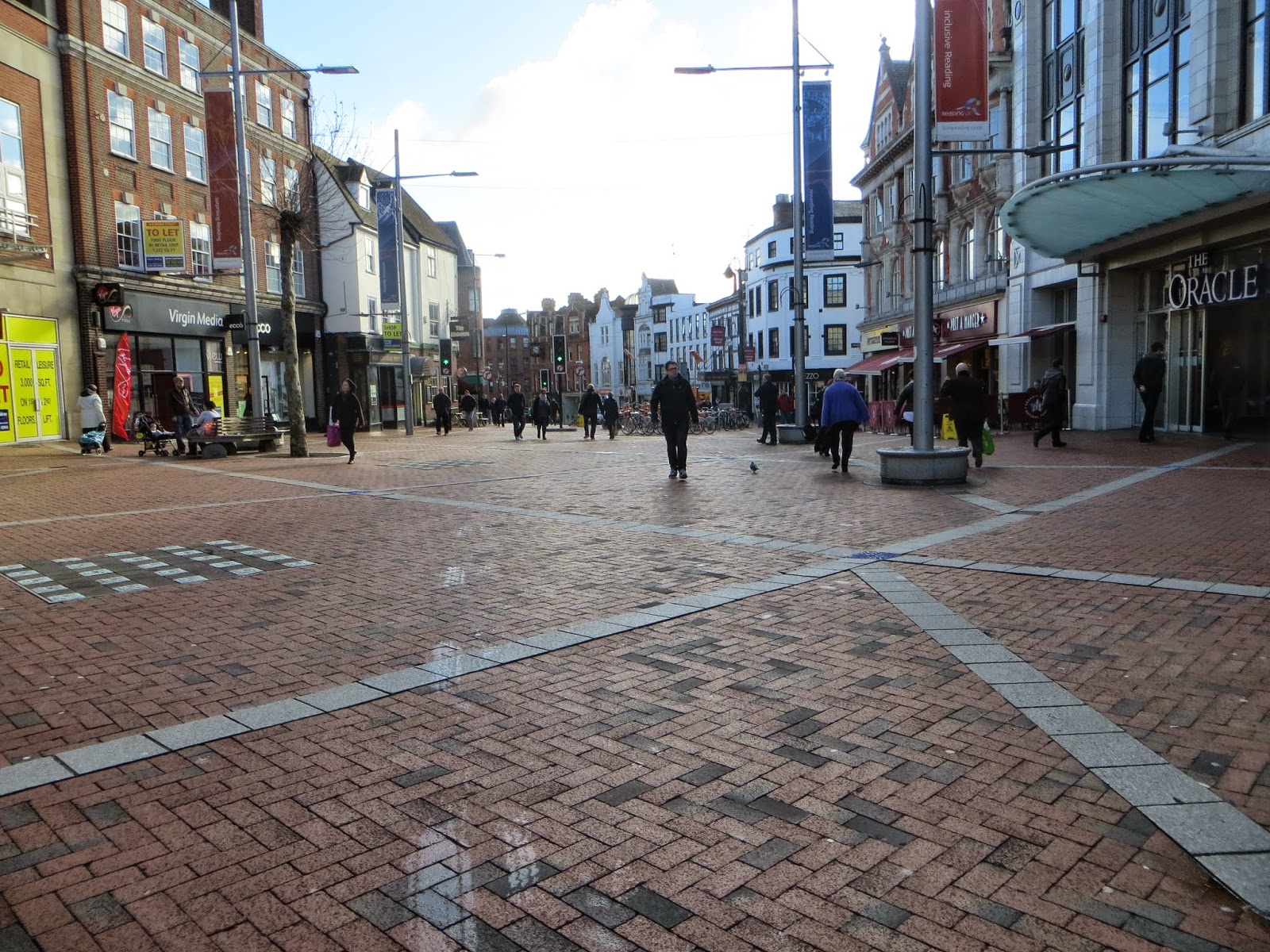 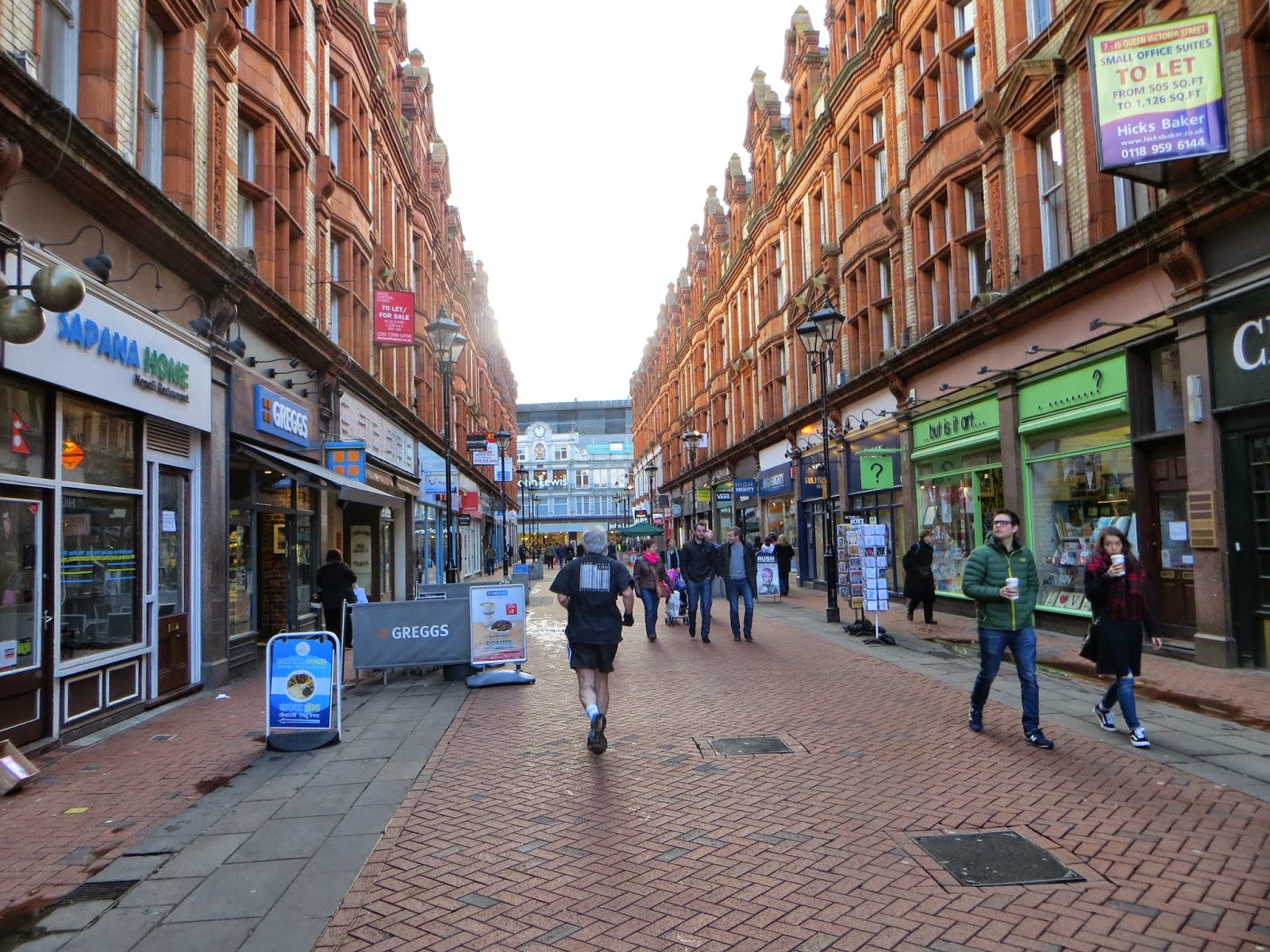 This road looks to Broad street and John Lewis 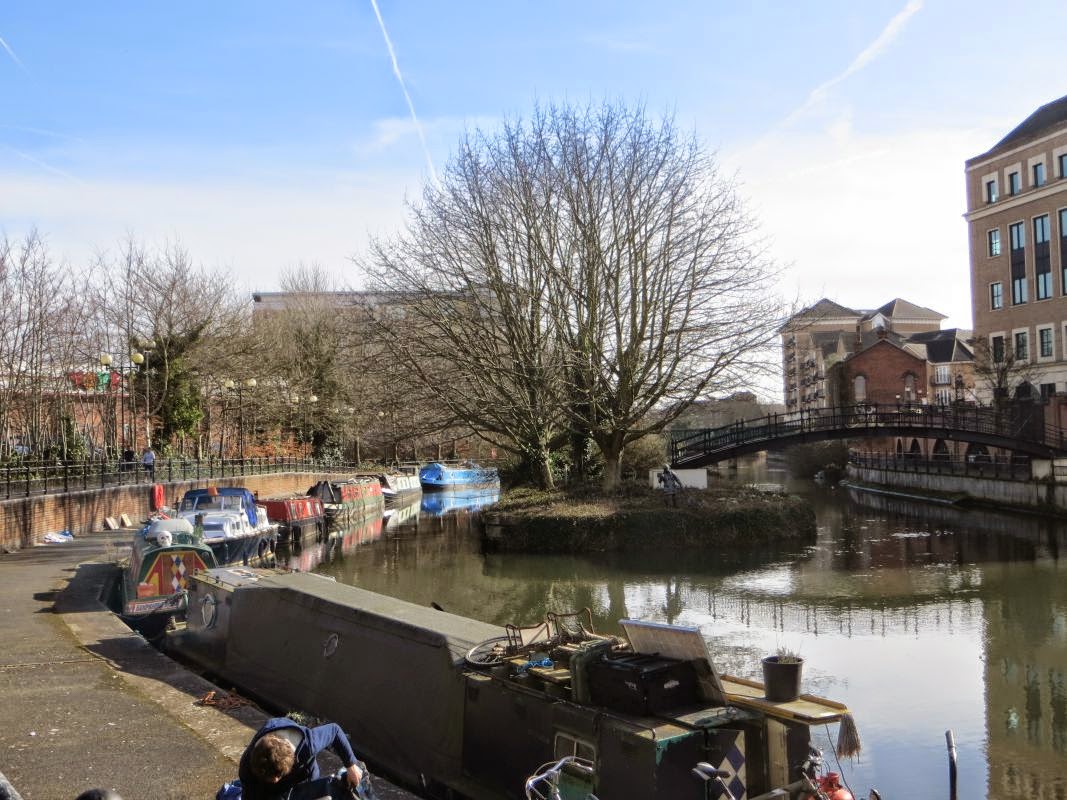 One of the things it was famous for was Biscuits  and this canal was the way they were shipped from Huntley & Palmers which was over to the right. Reading's Football team at one time were called the Biscuit Men 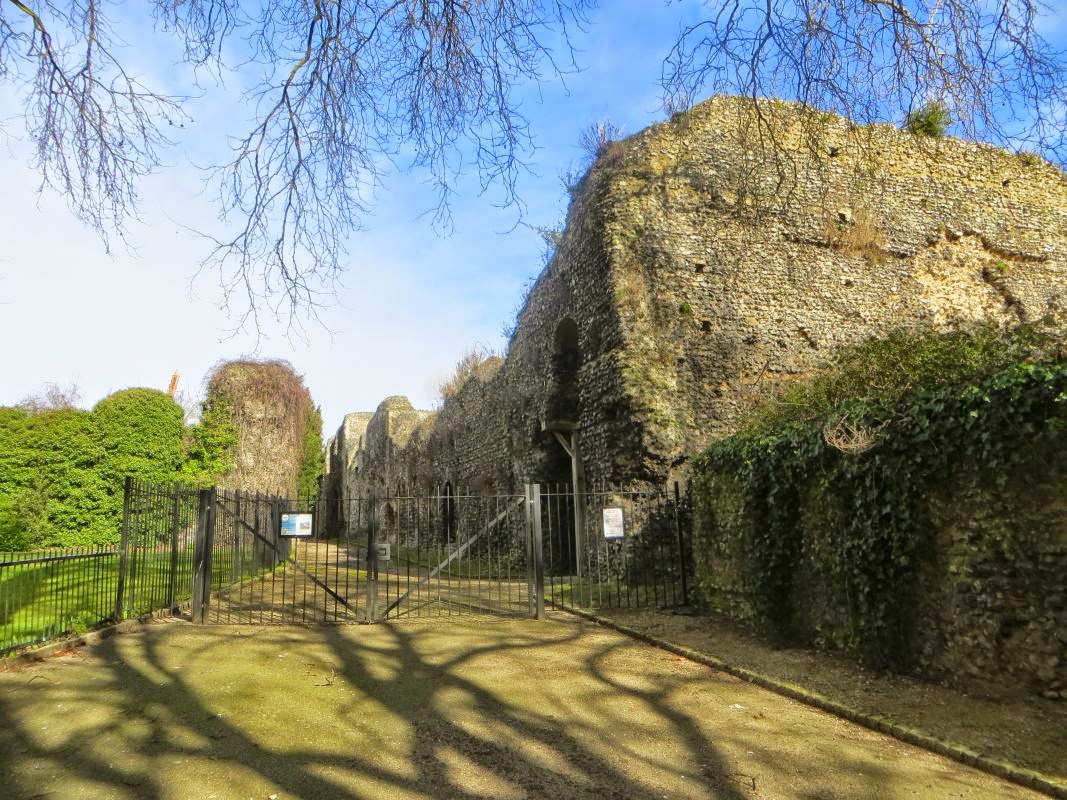 It's also famous for the Abbey Ruins, Reading had Huge Abbey until Henry VIII dissolved the monastery's
Taking Part in Blogging from A to Z
Posted by Billy Blue Eyes at 06:00