Yesterdays post was about the advertising of the Play Oh What a Lovely War which is being put on by the Sinoden Players at the Corn Exchange in Wallingford. Today I will show you the theatre and some of the play itself during the dress rehearsal 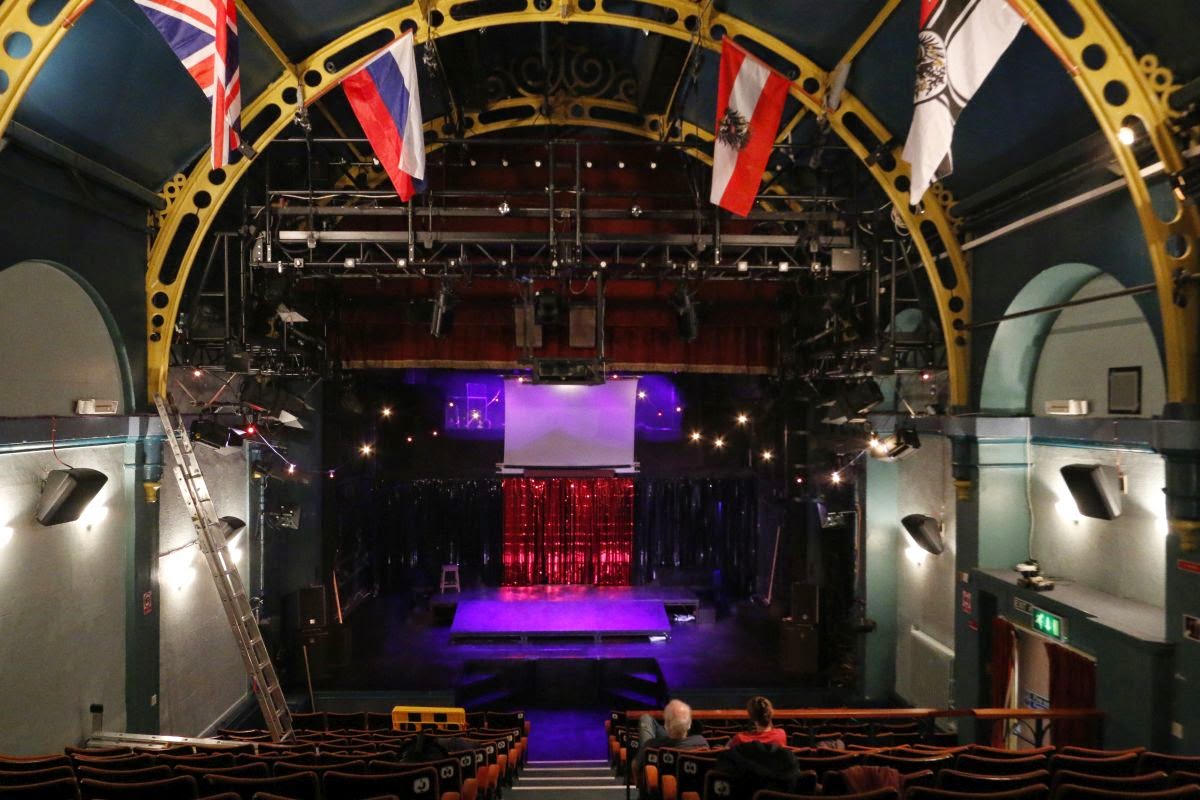 Looking down from the top of the auditorium towards the stage, The flags you see are the country's that were involved in the first war 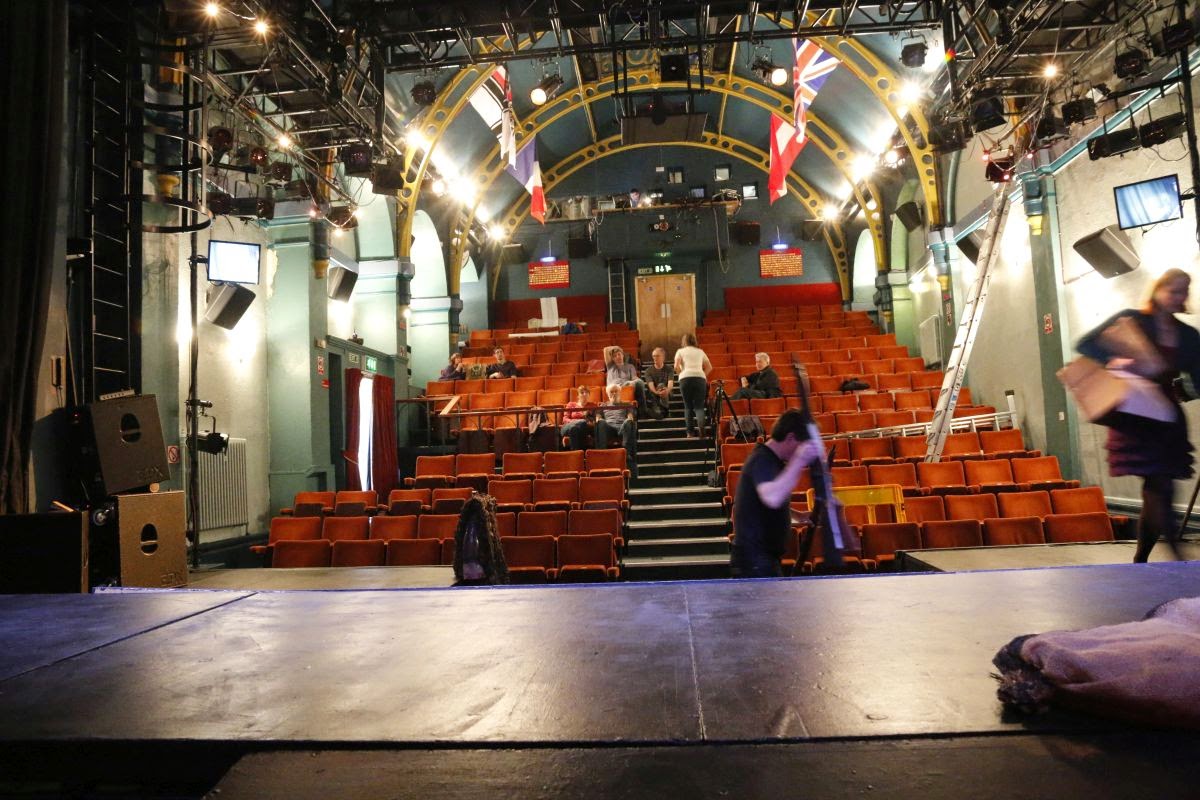 This is what you see from the back of the stage 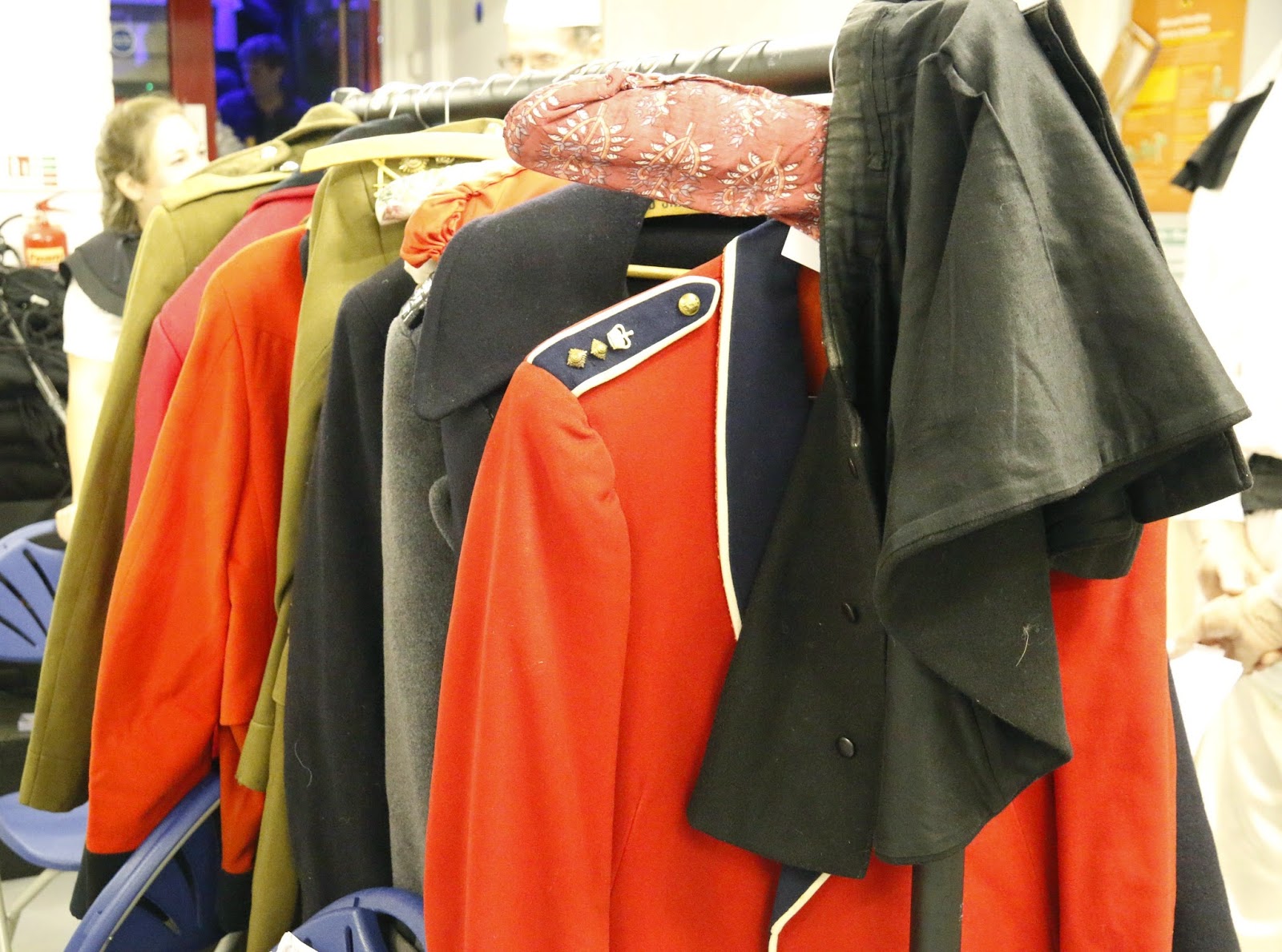 some of the costumes hanging on a rail 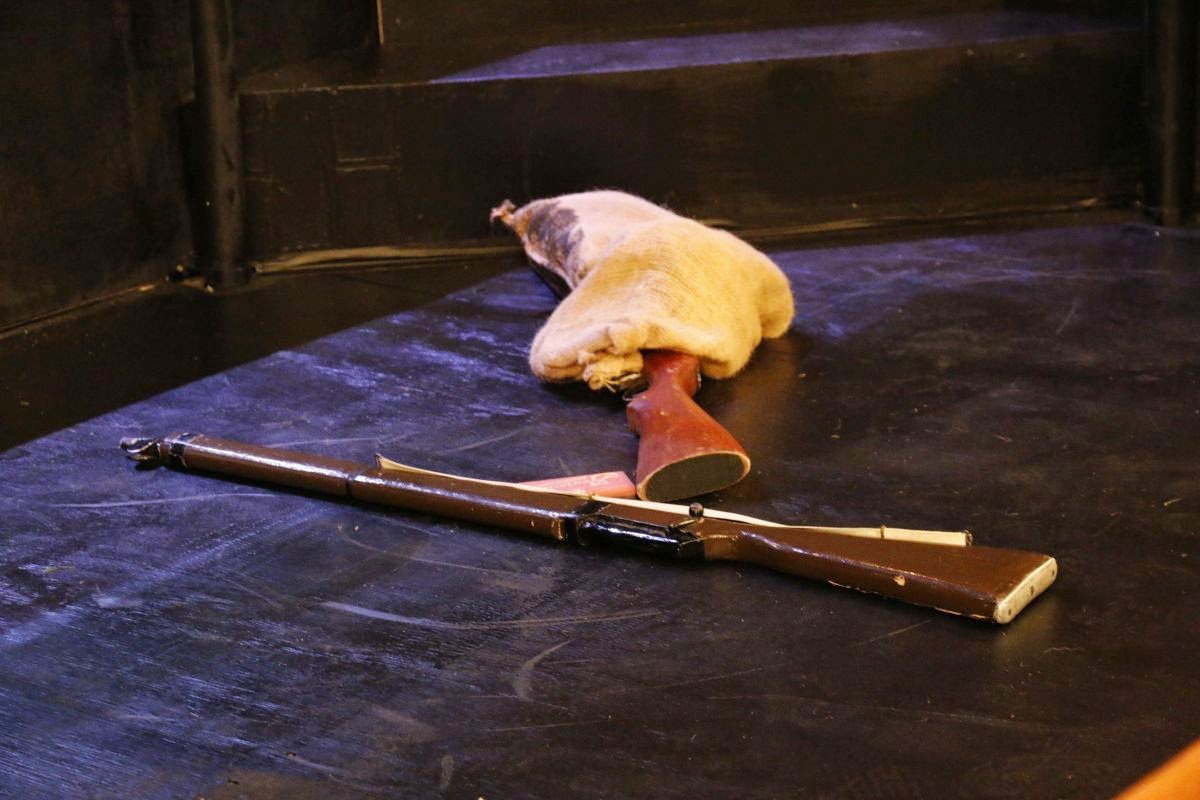 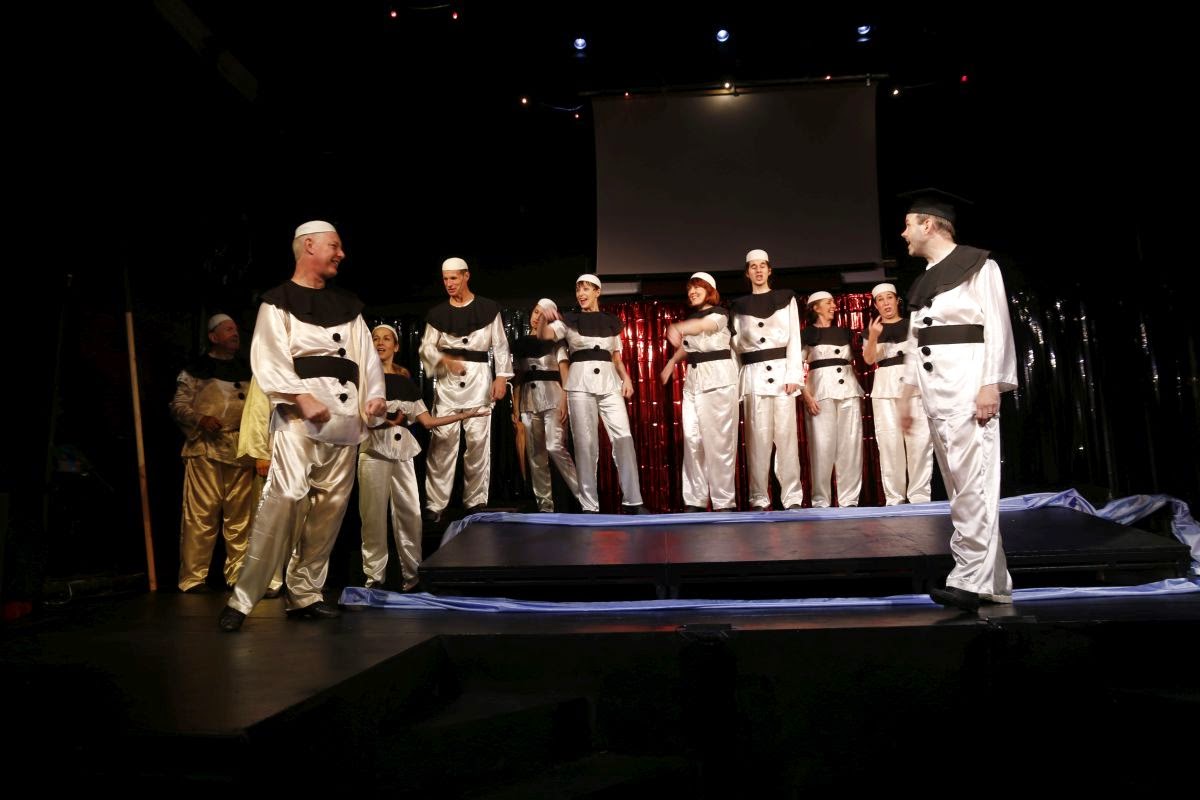 Start of the play 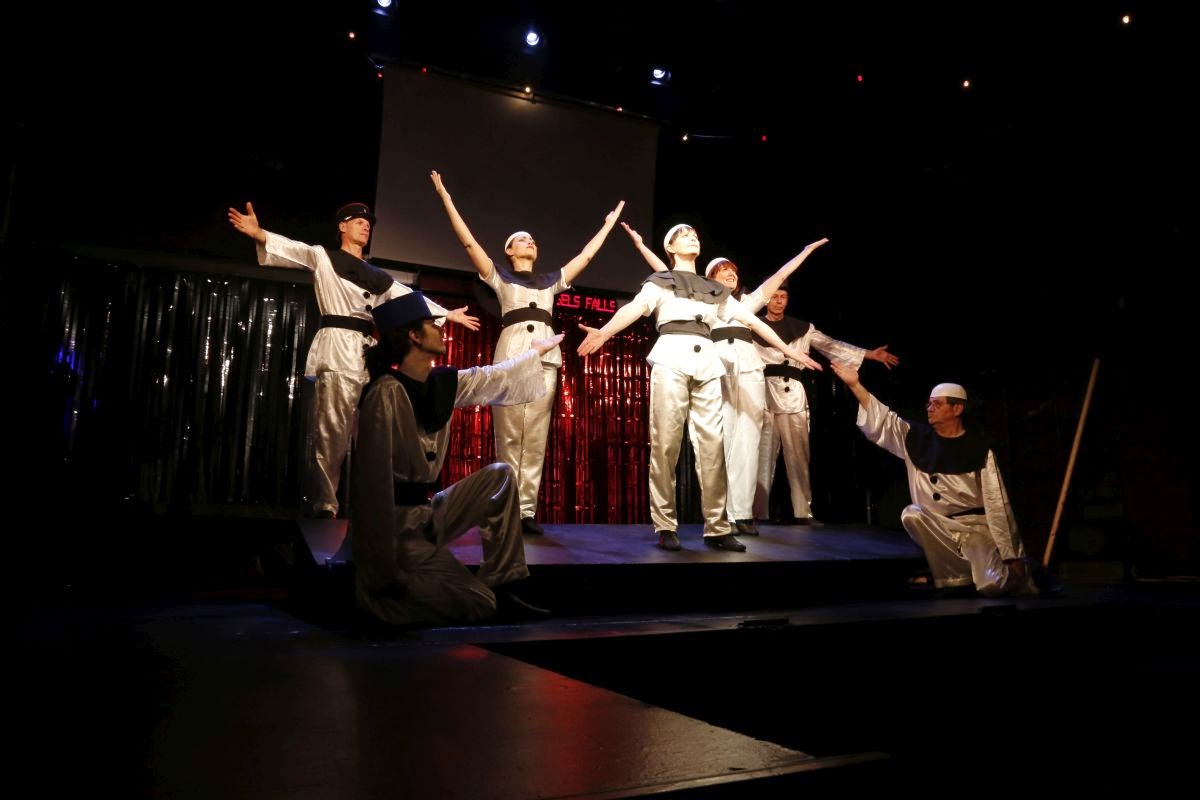 One of the songs in the play 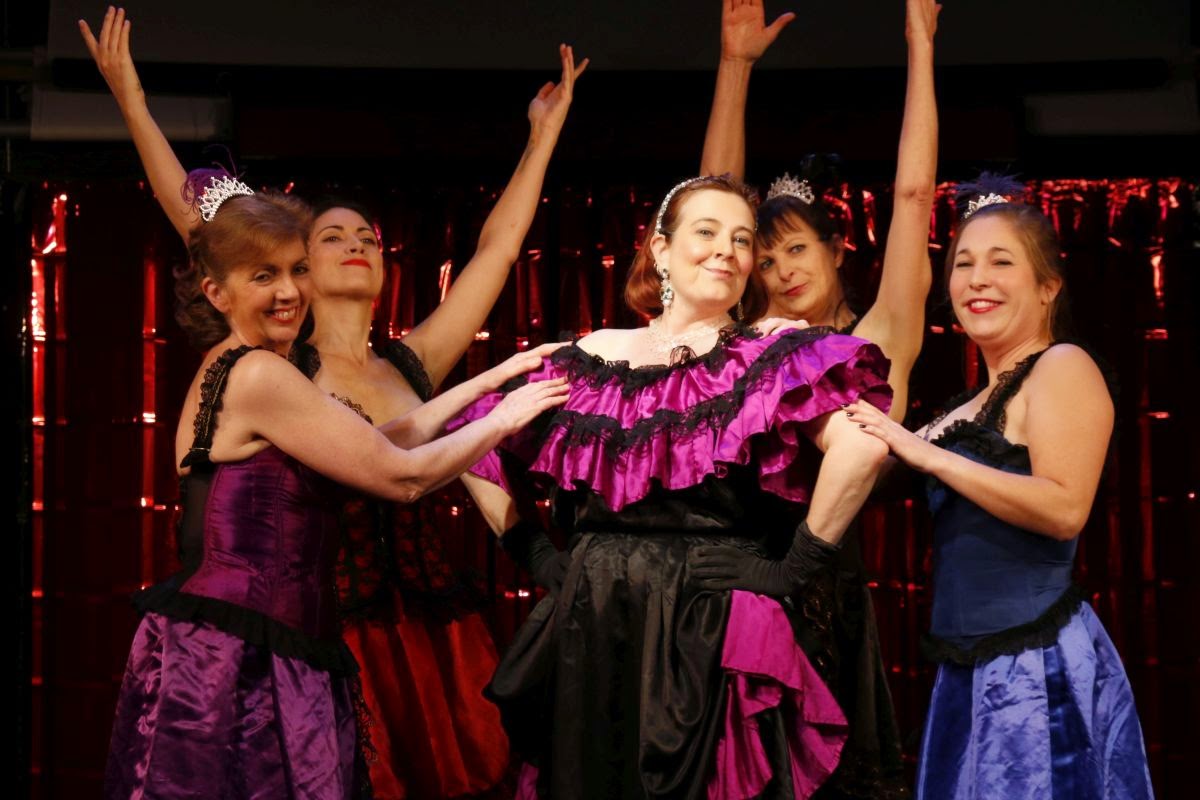 The girls in costume during the play 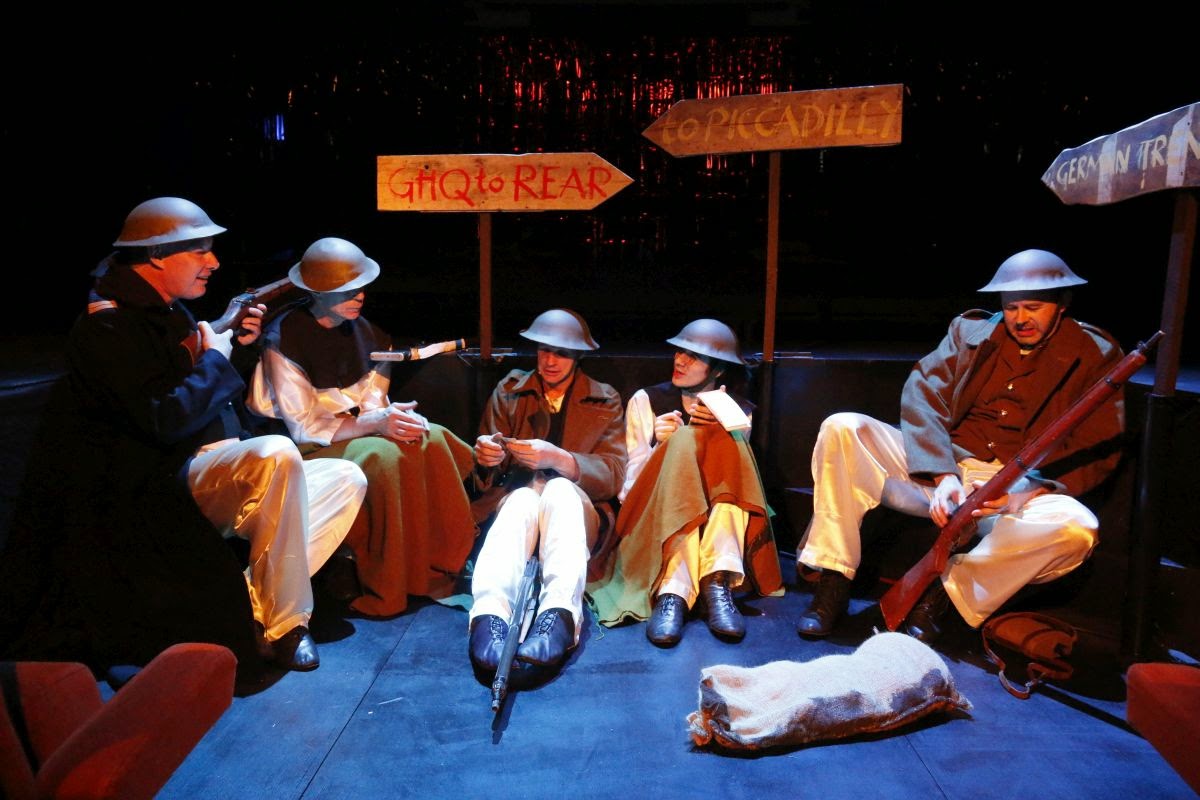 One of the scenes from the trenches 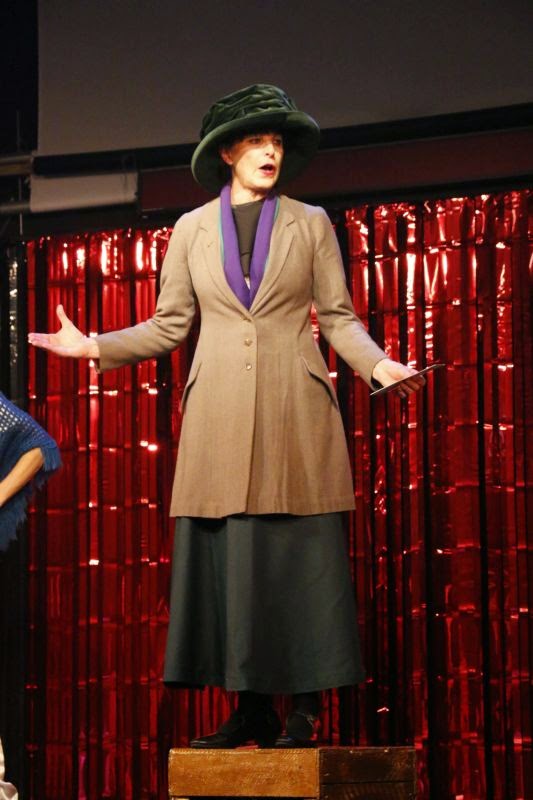 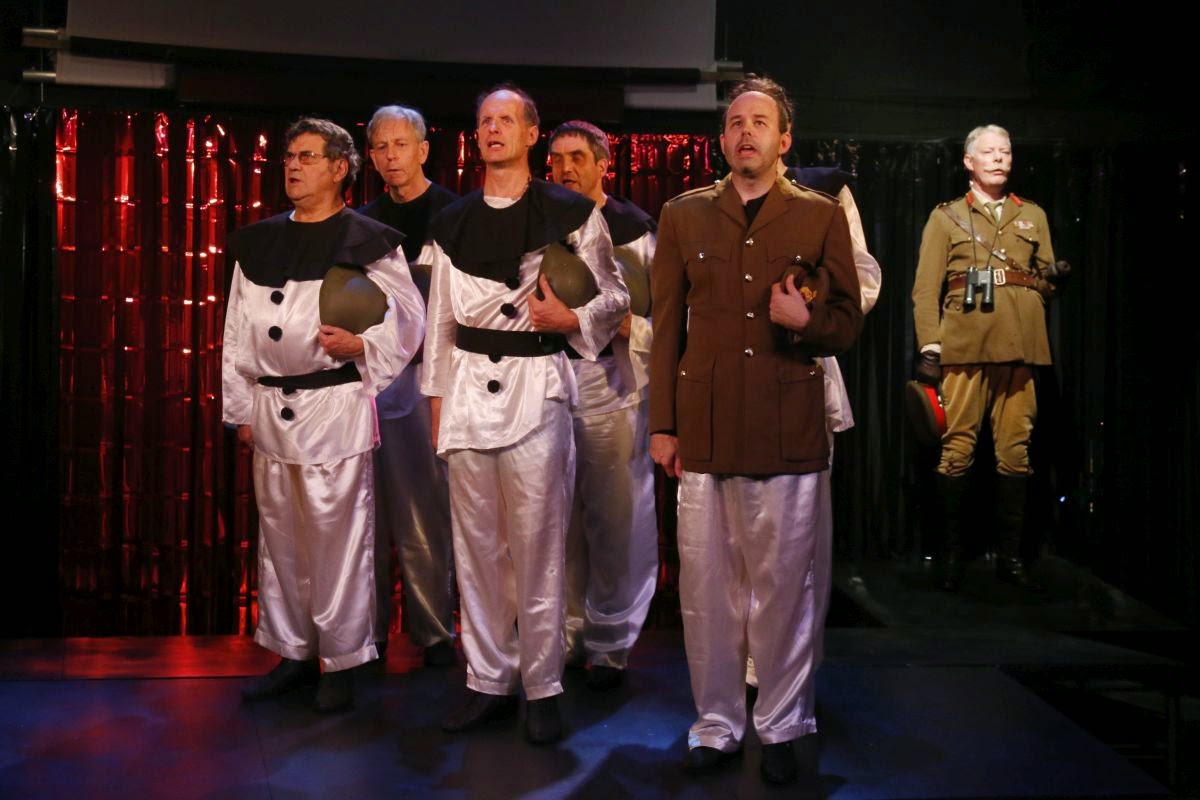 Another of the songs in the play 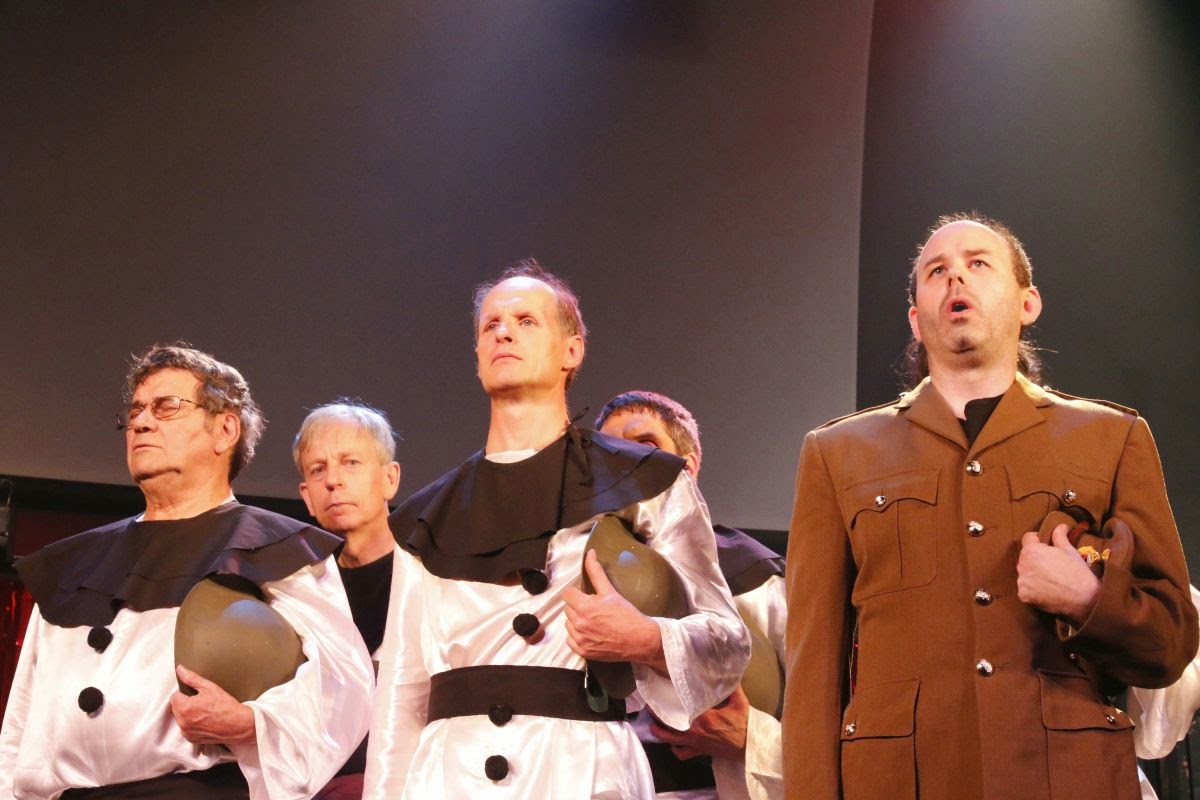 Looking up at the actors 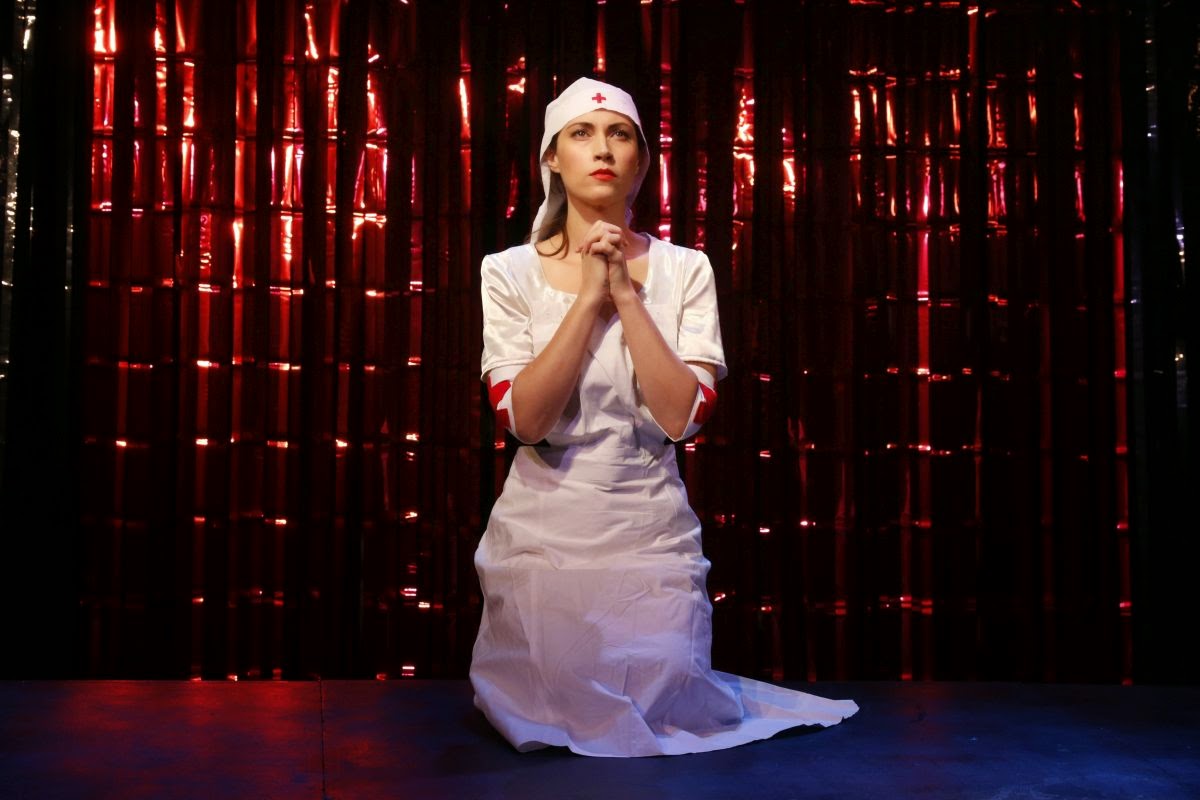 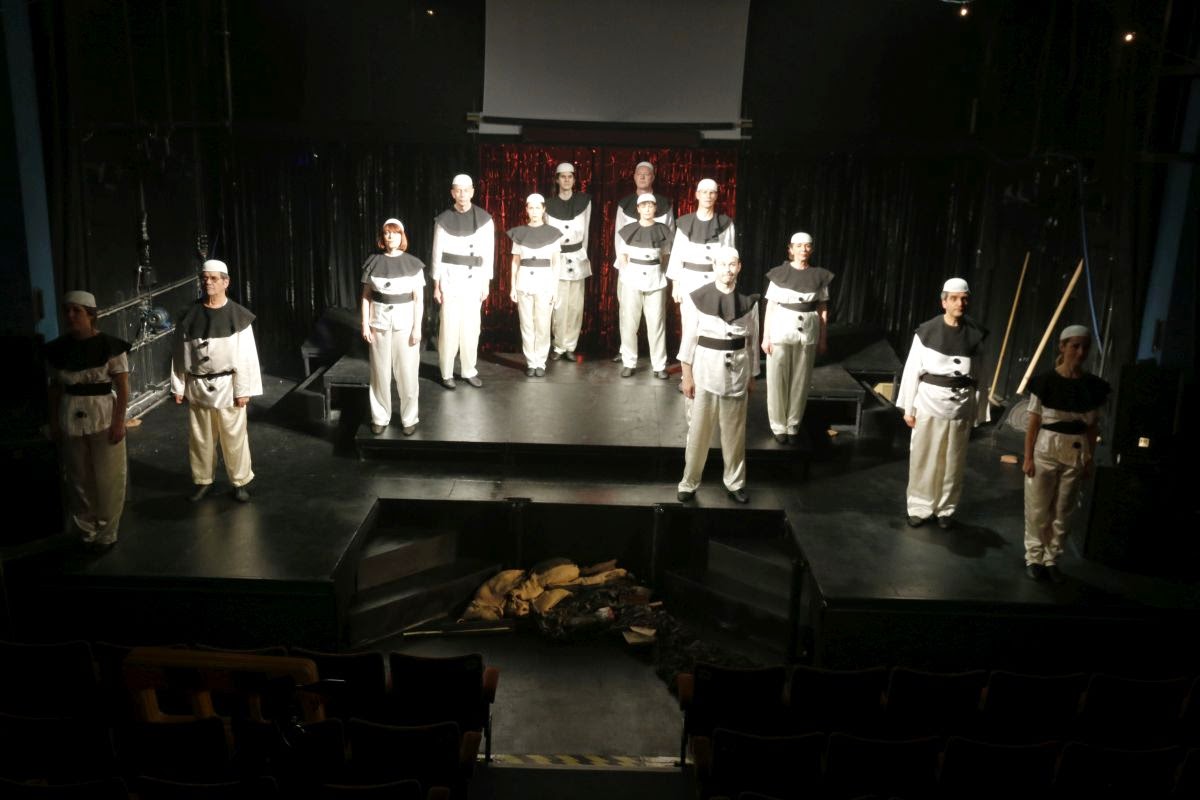