Forgive me I realise I used a mural twice in one of my blogs even calling it the same title. I hope I have not done the same with this one. It was taken a while ago in St James Church Avebury the link will show more of the church and the murals there. This was not one of my best days for photos as I messed up the camera settings and it was not till I got home I realised what I had done but some editing has let me come up with these photos for you. 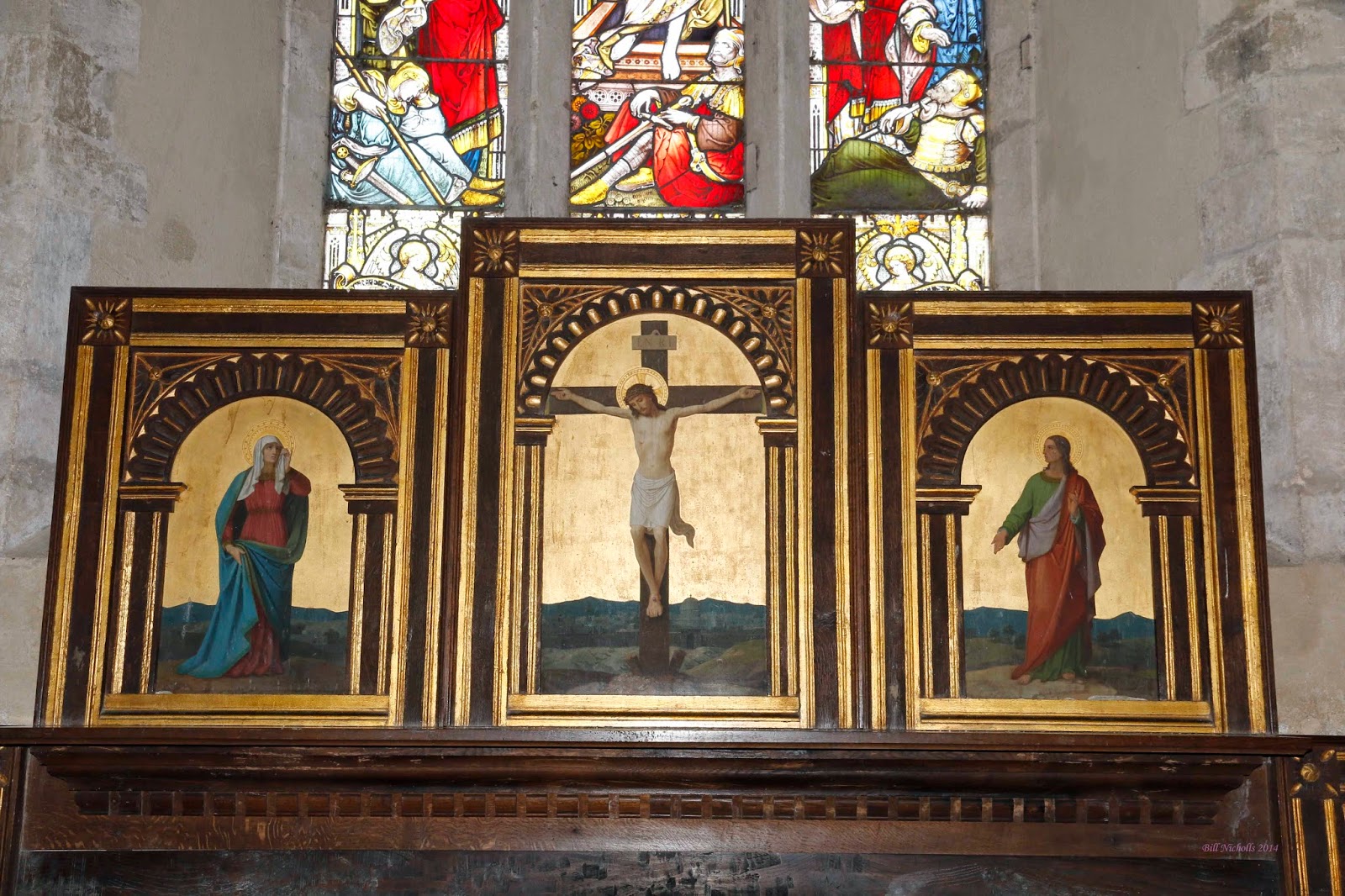 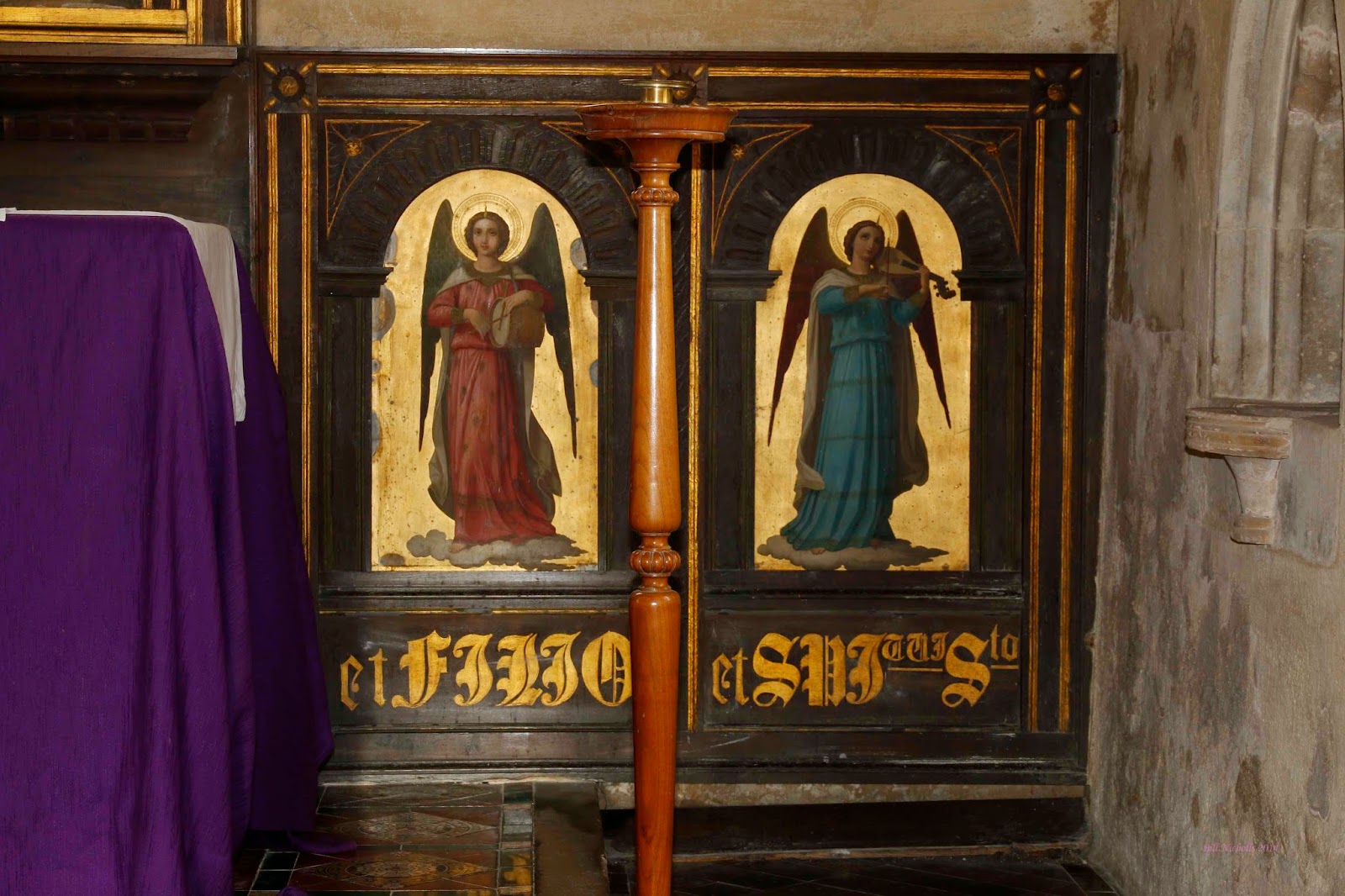 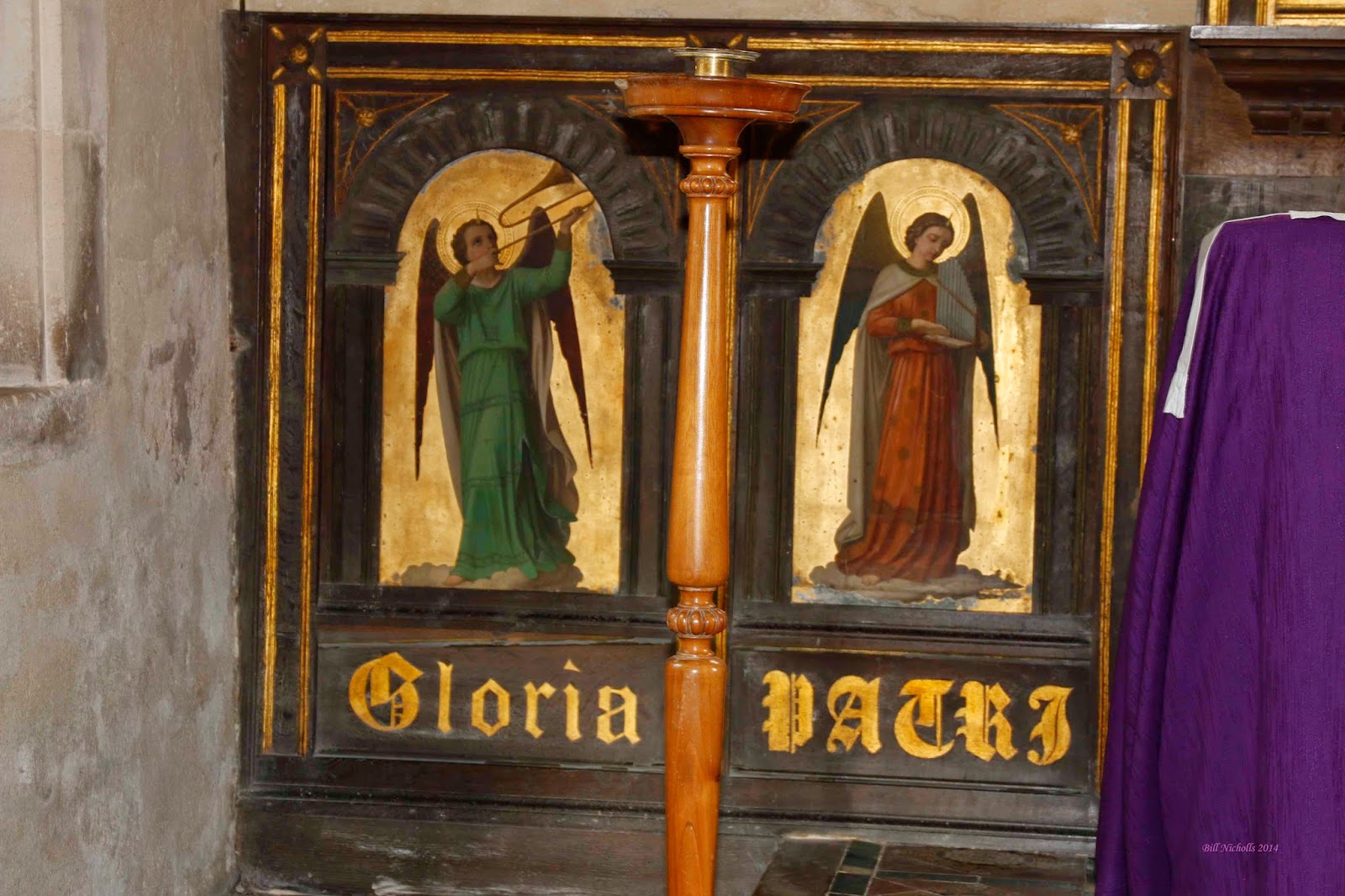 but a little further down the wall 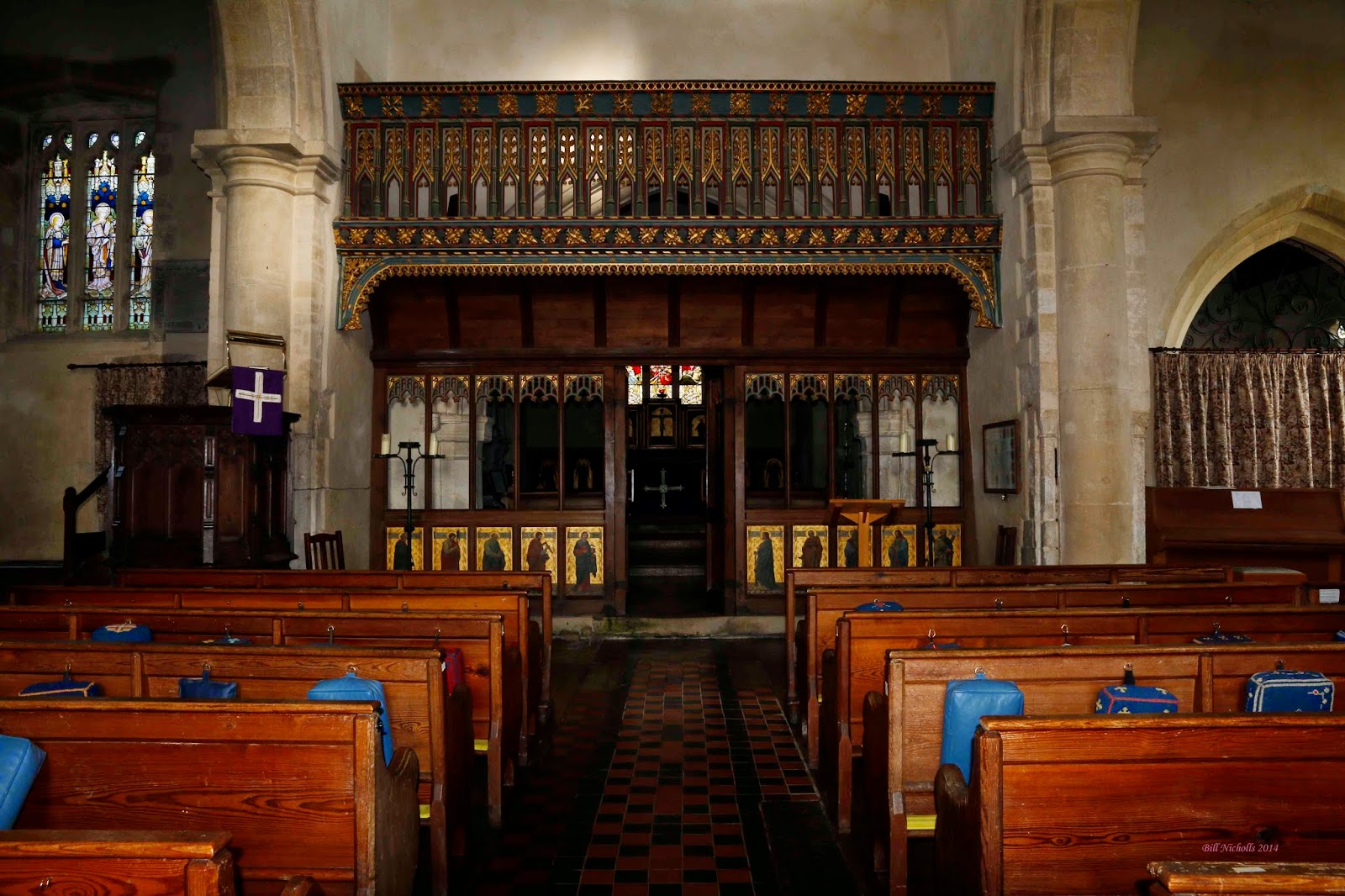 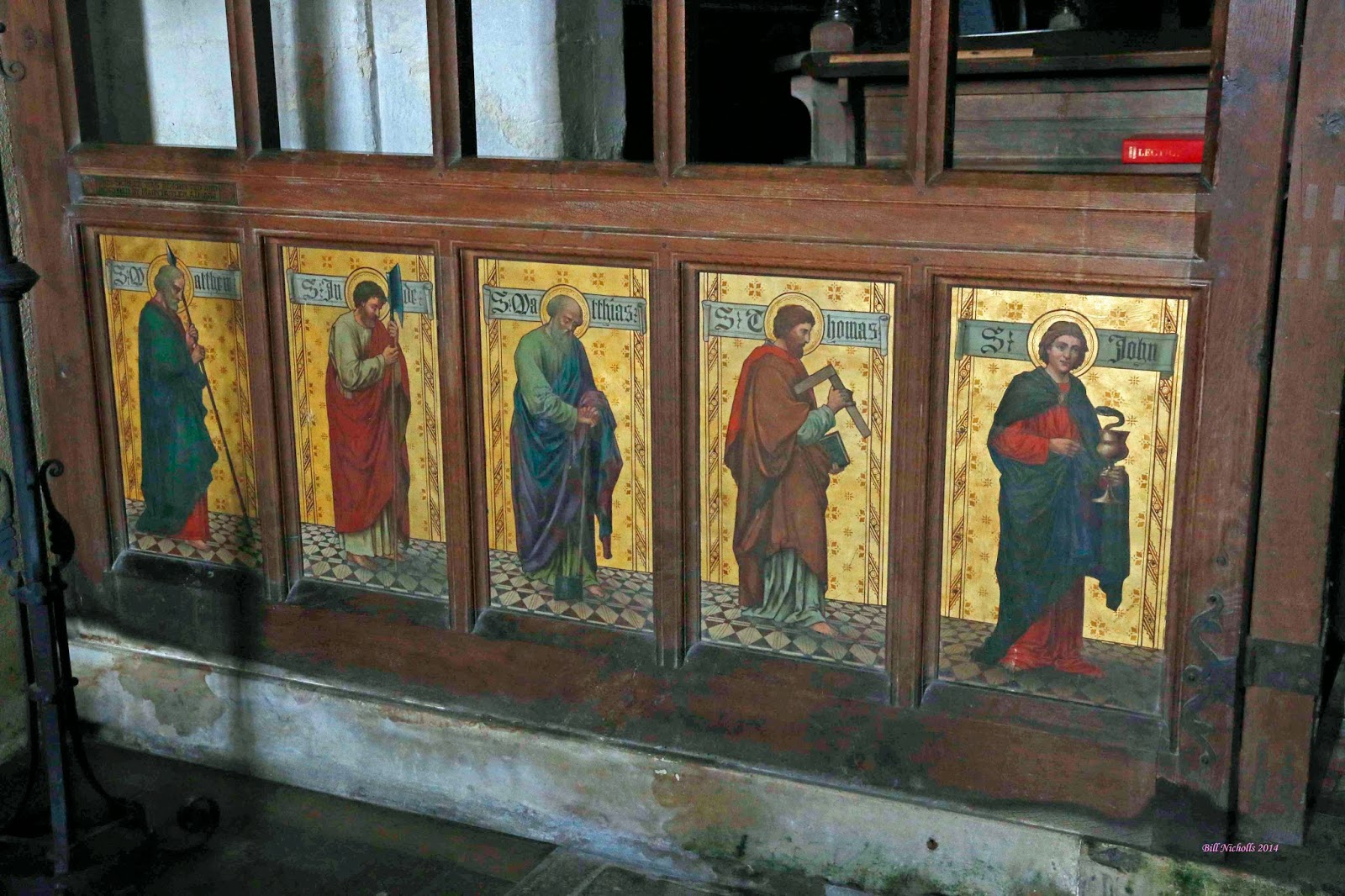 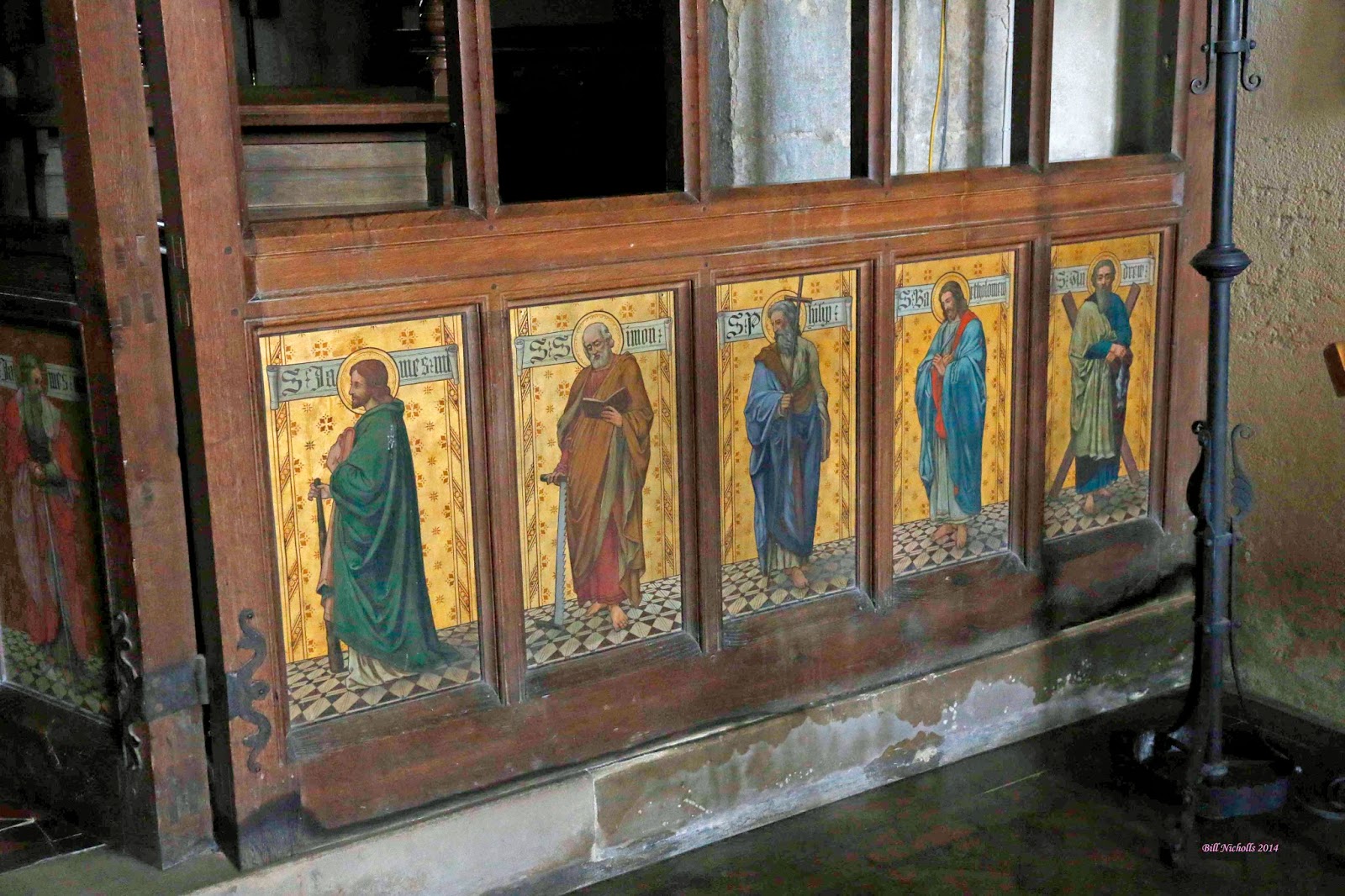 I also noticed that there are more on the gates on the roodscreen which I missed getting. Taking part in Monday Mural
Posted by Billy Blue Eyes at 12:02