Yes its ten years since I started blogging with Spud's Daily Photo though I admit I have been blogging six months longer with a couple of other blogs I have. I currently write two the Church Explorer and this one. The other two are ones I do anything with less now. I felt it might be a good idea to my ten favourite photos from the blogs I wrote. After looking I noticed that the early ones were just one picture because I started by writing a 365 blog, one for each day of a year. This may well happen again as I am considering doing this for 2023.

The first photo I published was to get feel of how blogger worked, tit was  Buscot Weir which was a stitch photo, it was Ok but I f I really remember one from 2012 it was this one the Town Crier 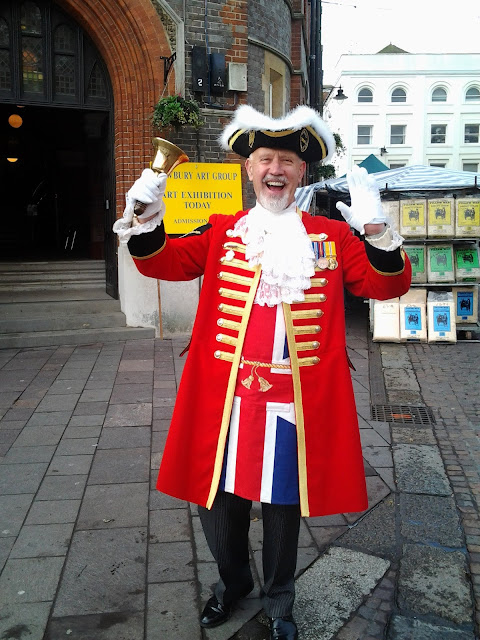 There are a lot of blank spaces through out the year because back then I used to link some of the photos from Flickr, when they decided to limit the photos I had to loose thousands which I downloaded and saved on another Google account a little while later I deleted my Yahoo account along with Flickr. My photos from back then leave something to be desired I like to think I have improved a little. I also had some hard drive trouble and fear a lot of photos were lost 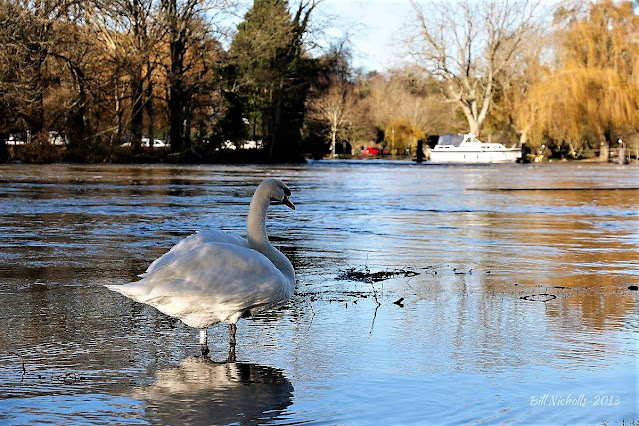 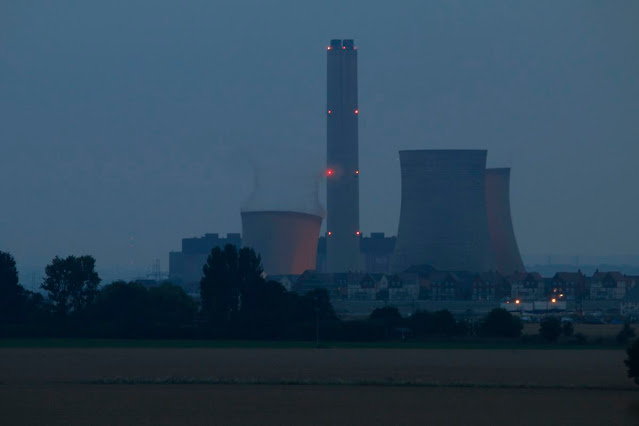 I got up with my two sons to witness this at 1am and by 2am were were stood in the cold on a roadside out by Harwell. At 3:58am the towers started to fall and this was the moment I took the photo. The first one was falling and if you look between the other two you can see an orange glow of the explosives going off. It took less than a second for them all to fall.
2015
Looking though the blogs that year I can say I did post some rubbish but one sticks out 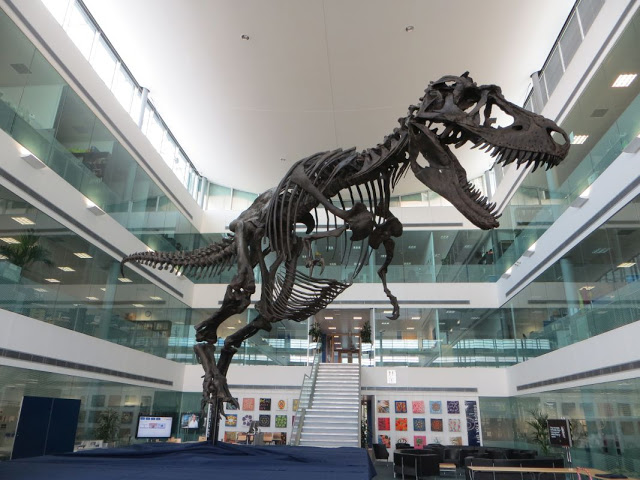 This one, the Dinosaur in the atrium at Diamond Light Source
2016
I've been shying away from showing any skywatch photos as it is another blog I intend to write for ten years but I should show one 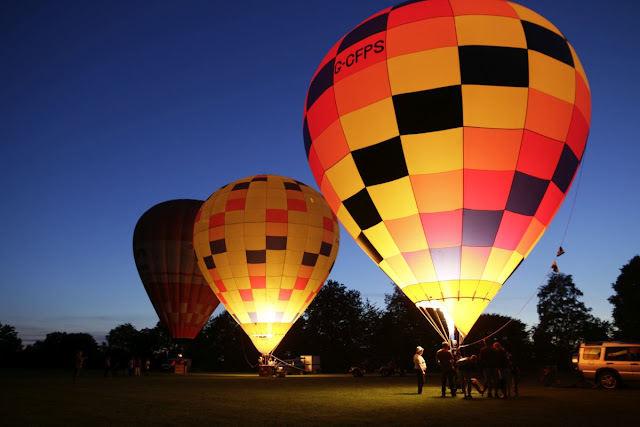 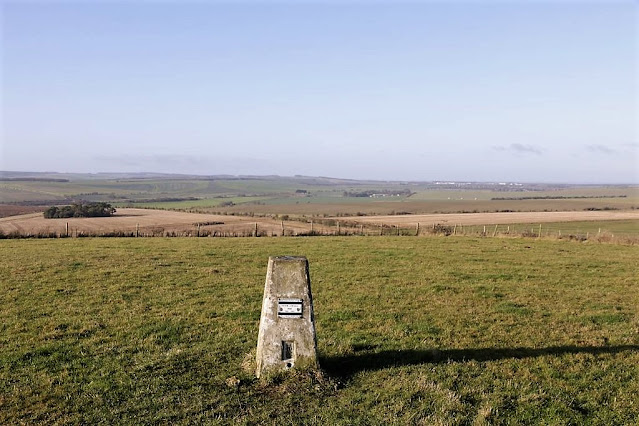 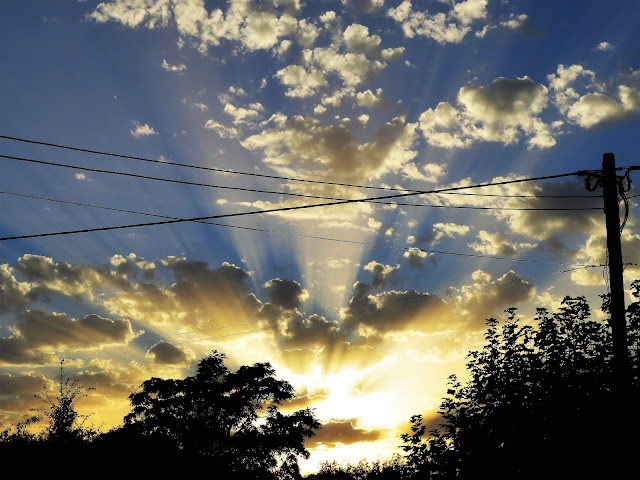 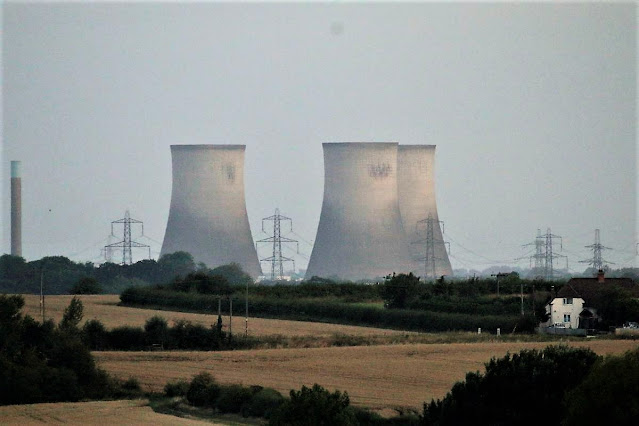 The sun rose on the towers at Didcot Powerstation for the last time, four minuets later they were gone and a dust cloud was all you could see
2020
This was not a good year for any of us as Covid 19 raised it's ugly head and our country went into lockdown 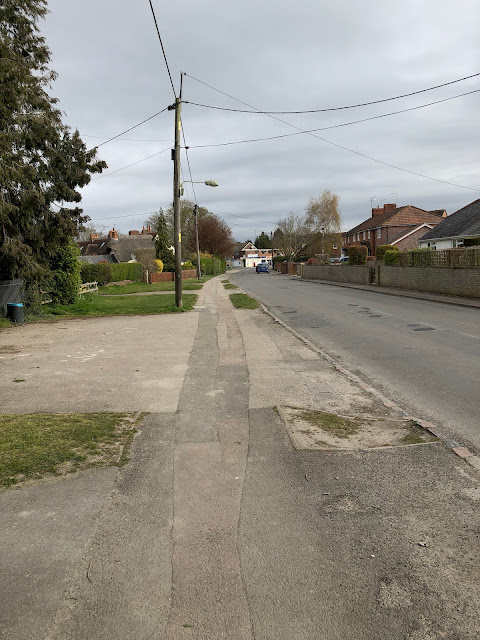 This one sums up the year, Station Road in Cholsey devoid of any cars or people, we were all to frightened to go out or go near each other
2021
I think there were a few I could pick but I liked this one 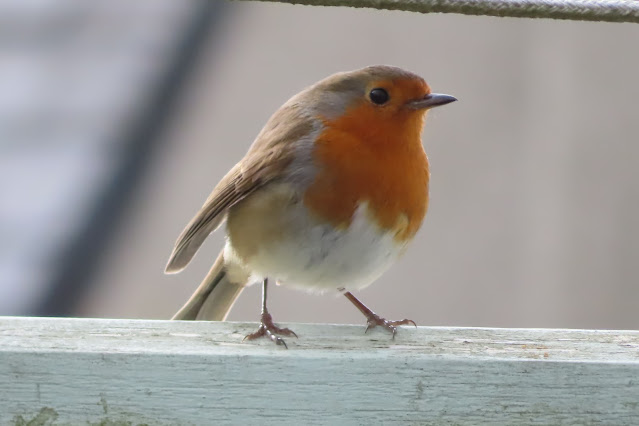 The Robin sat on the fence opposite our kitchen
2022
While writing this blog we heard the news that her Majesty the queen had passed away. I must admit it took any joy I had in writing it away. I have no doubt there are quite a few photos I could use for this year, but I will end it with this one 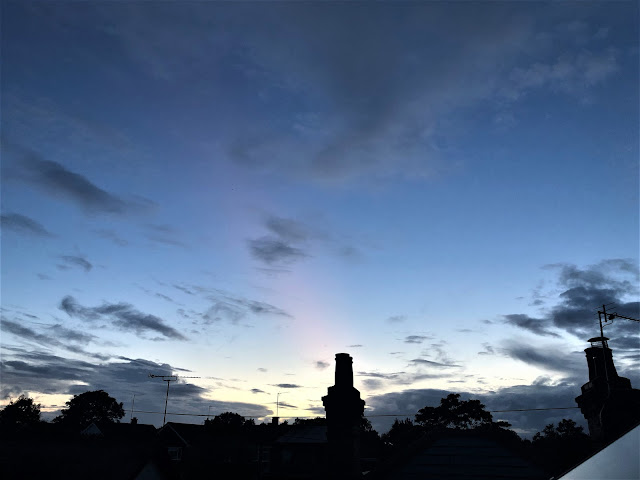 Its taken a couple of hours after they announced the death or Her Majesty Queen Elizabeth II
A light went out in our lives.
Posted by Billy Blue Eyes at 18:11