This is a post that I have put of for a while because of the amount I had  in my collection. I had intended to post it when we had the really hot day but I felt that that was such and even it wanted a mention now I have finally gotten around to showing the sunset. It was take on a Sunday night in July and I took quite a few photos so no apologies for the number I posted 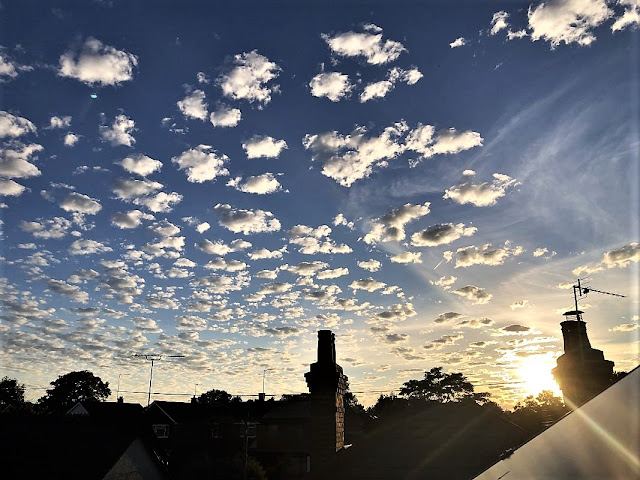 This is what I looked at first of all the clouds in the sky with the sun going down, it was about 8:30 in the evening I loved how the clouds looked like fluffy little cotton balls 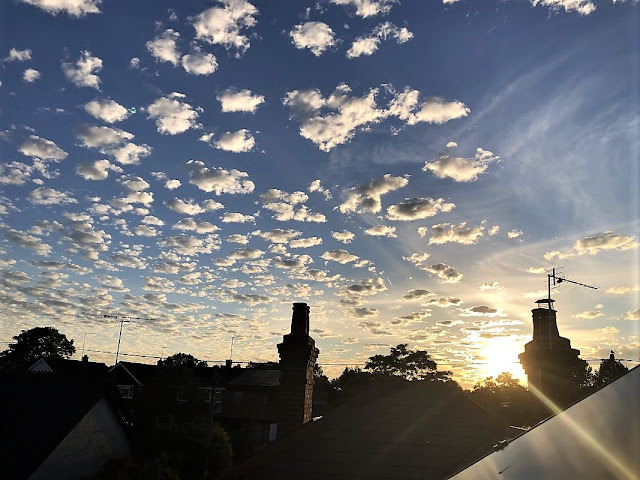 One more shot a moment later 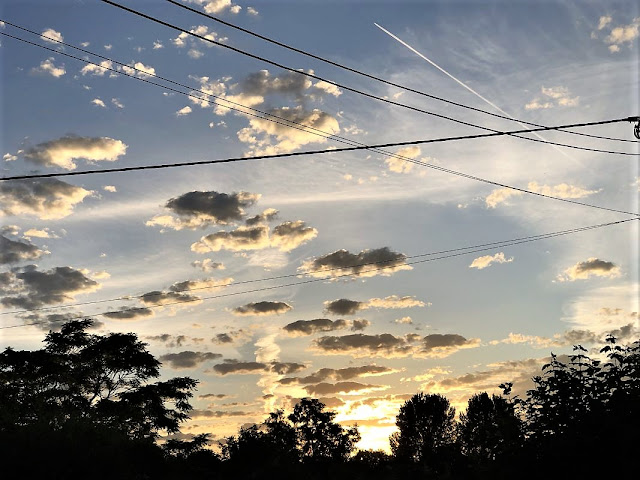 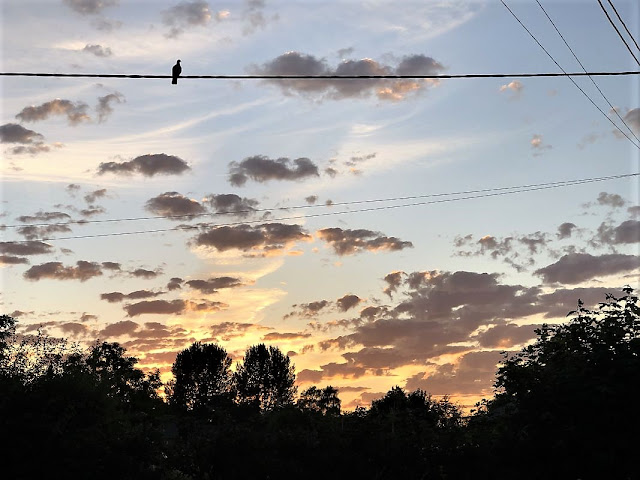 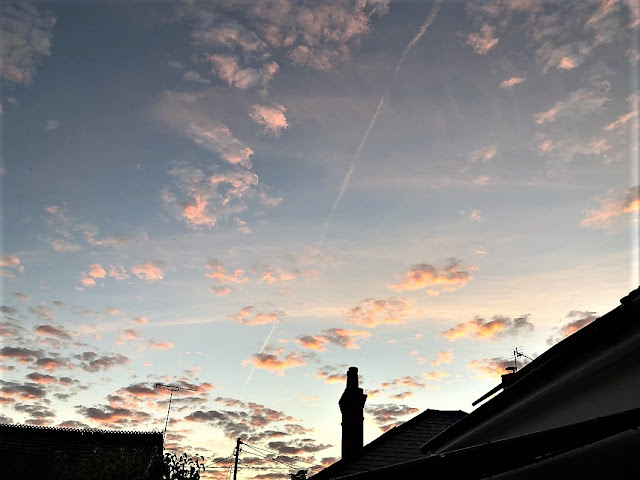 It was nearly 9:30 when I took this from the patio 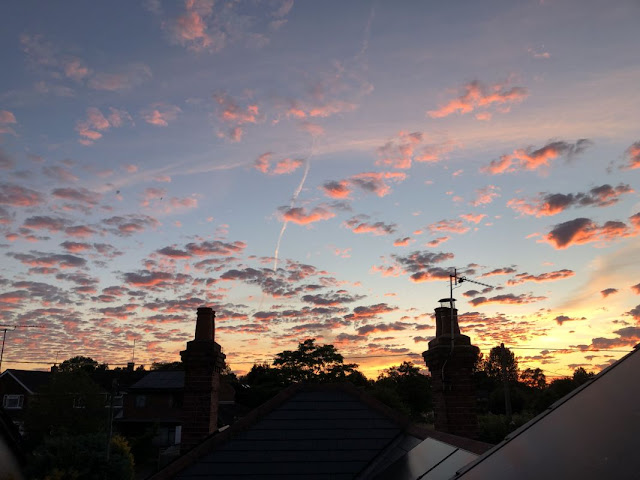 It was 9:30 when I too this from the bathroom 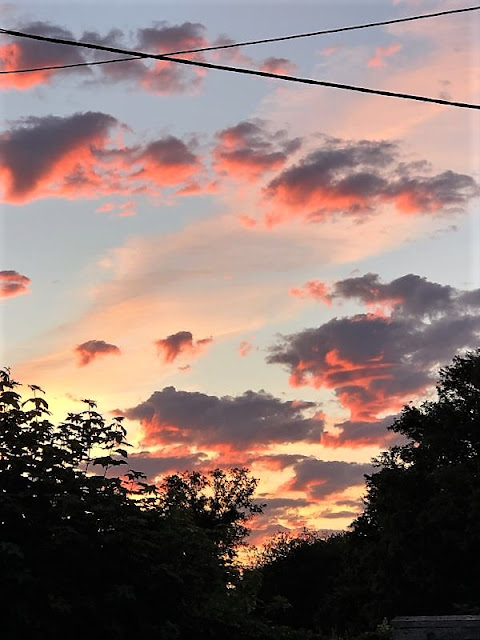 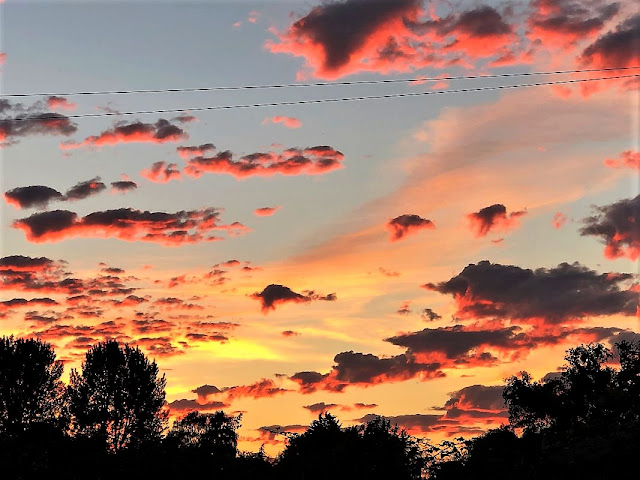 A minuet later I took my last shot, The sky kept giving that evening and was all gone a short time later.
Happy Skywatch