I thought it was time I tried some long exposure night time shots so when I was at our caravan it Wales I gave it a go one evening.  The first three photos are the first attempt not helped by the moon which was over to the left in the first photo 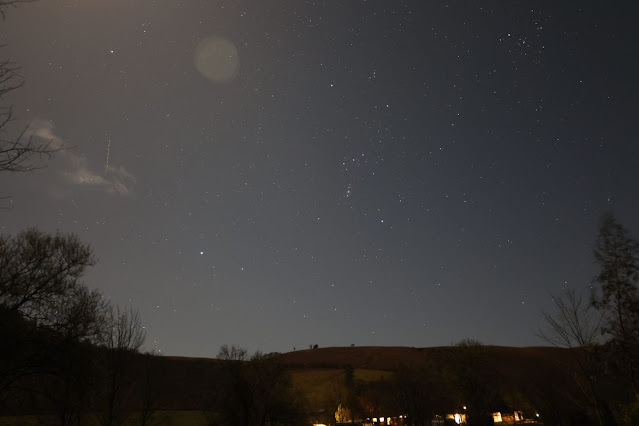 After some attempts at different settings I managed a reasonable shot 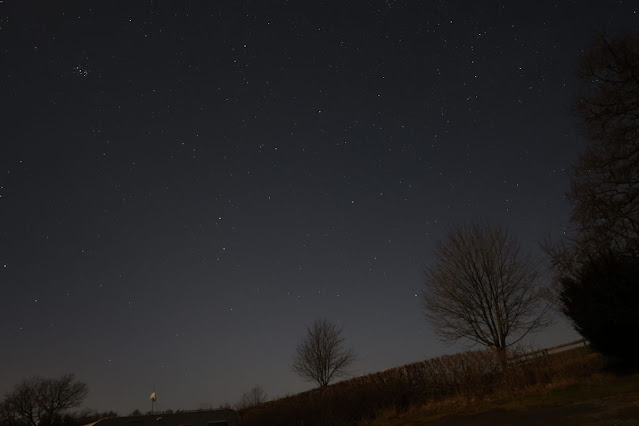 I turned around 90deg for this view 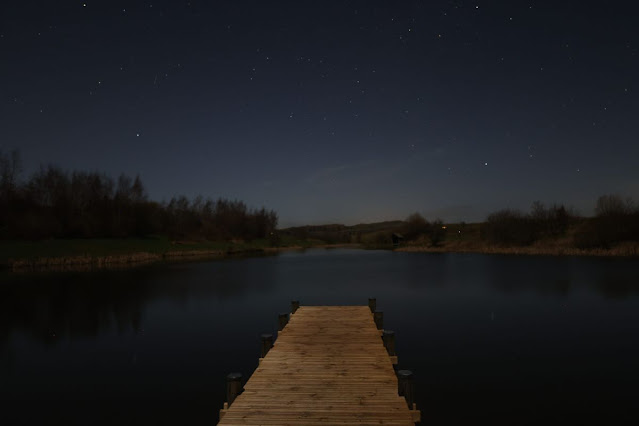 After which I went to the lake for this shot. 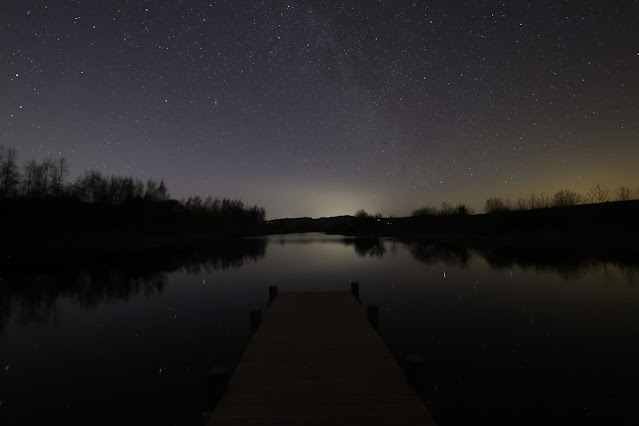 The following week I was back again only this time I have bought a 16mm wide angel lens and the moon had not risen yet. I'm still unsure abut this one 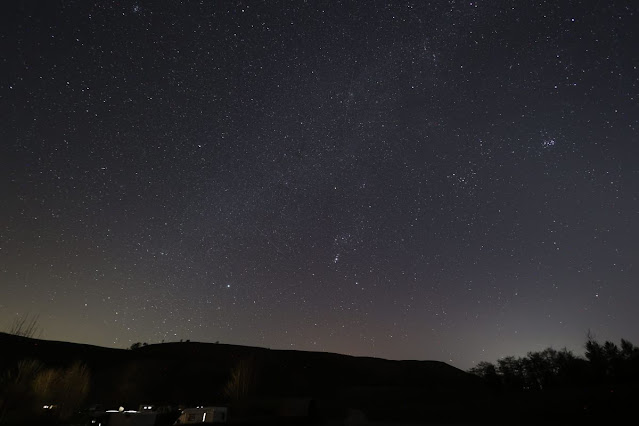 This one in the opposite direction was a bit better 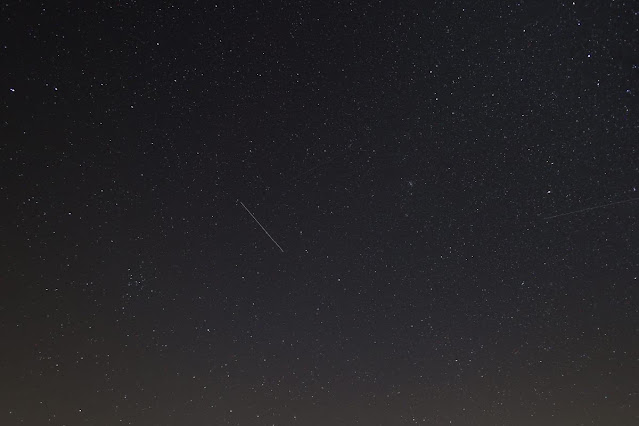 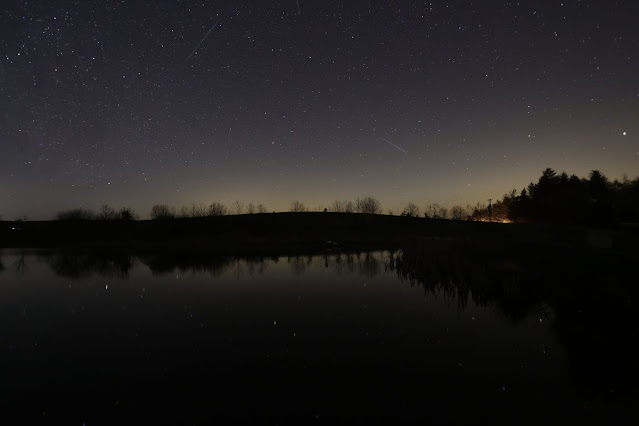 So while I was trying for another view along the jetty a car came past and totally ruined the shot with light. By the time I took this it had gone but you can see the light over in the trees on the right. The lights had lit up something which you might be able to make out in the darkness 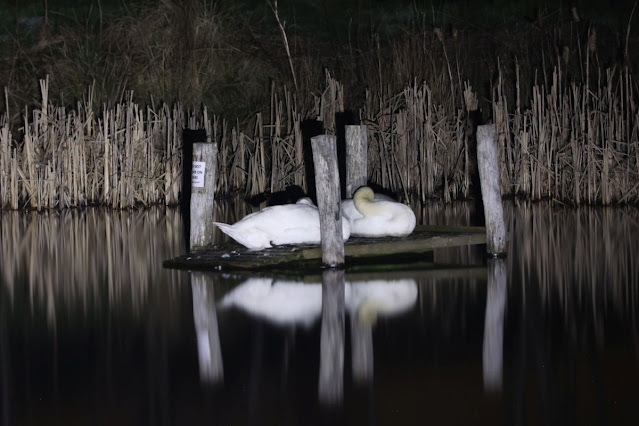 I swapped over to a longer lens to get this, the two swans I have taken photo of on the lake resting on a platform. This will not be the last of my night time escapades I will be trying again
Happy Skywatch
Linking with Wandering Camera