Sometime back during October I noticed something going on in the field near the church, a fenced off area with some wooden construction going on 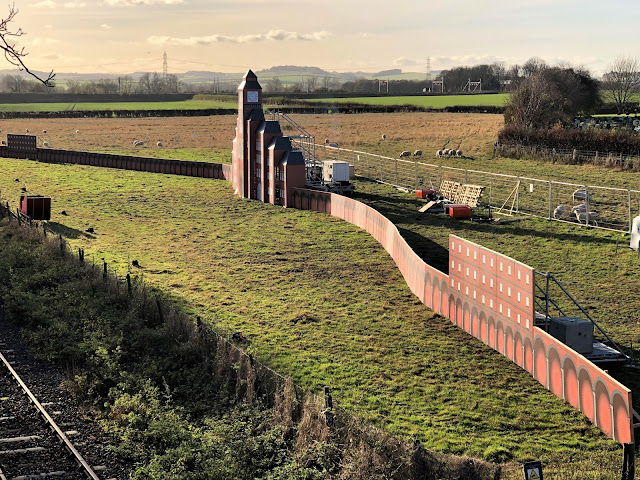 Near the end of November I spotted the site looked a bit like a film set. 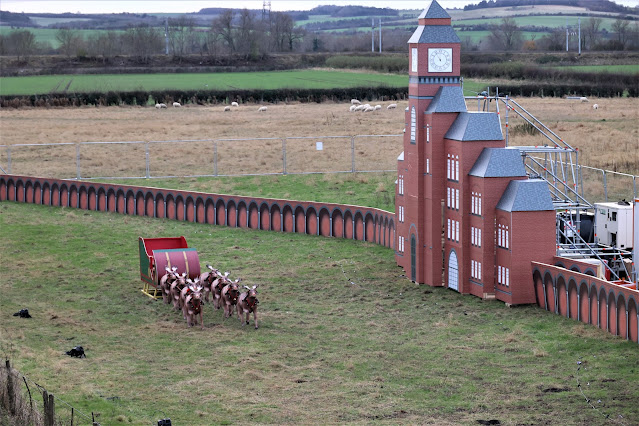 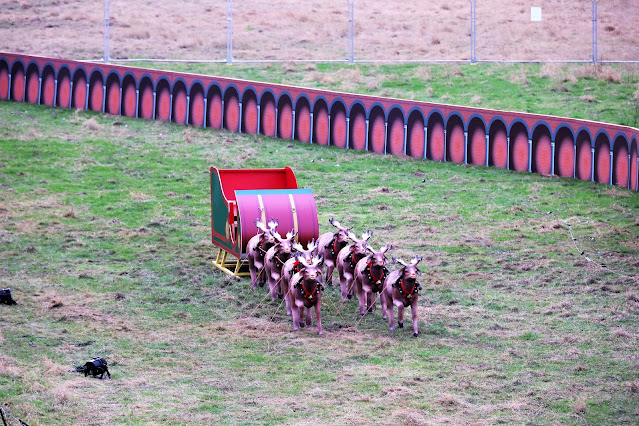 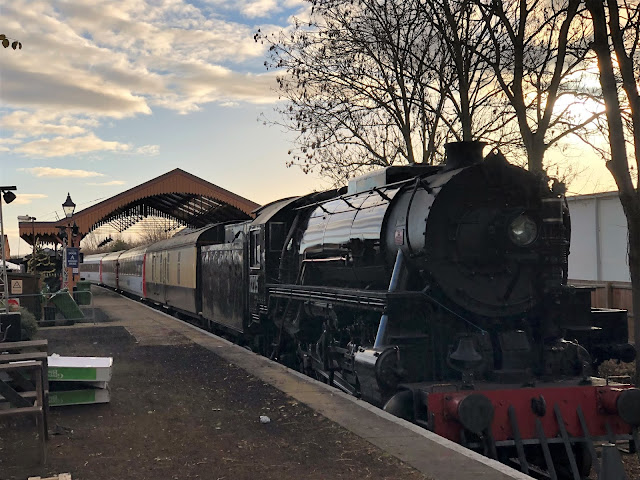 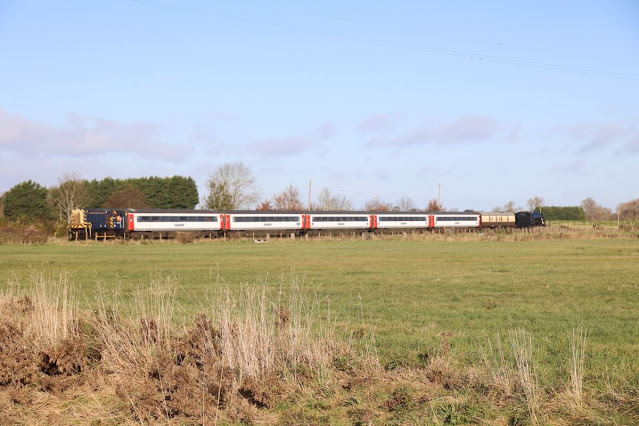 I missed seeing it a couple of times but heard it in the distance, once I found out the times it was visiting I popped along for a few photos. Here it is being pulled by a diesel engine because it the train was not allowed to run backwards on the heritage railway 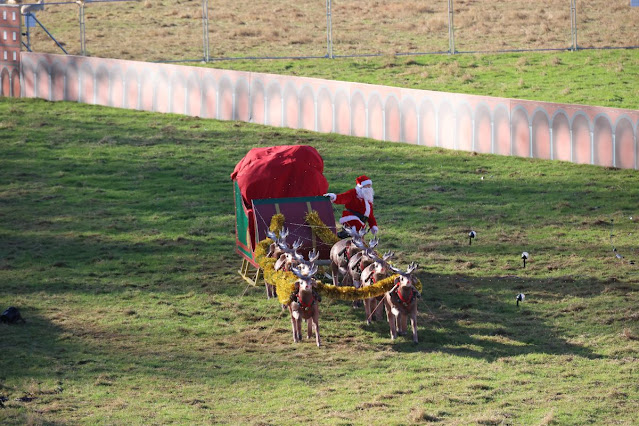 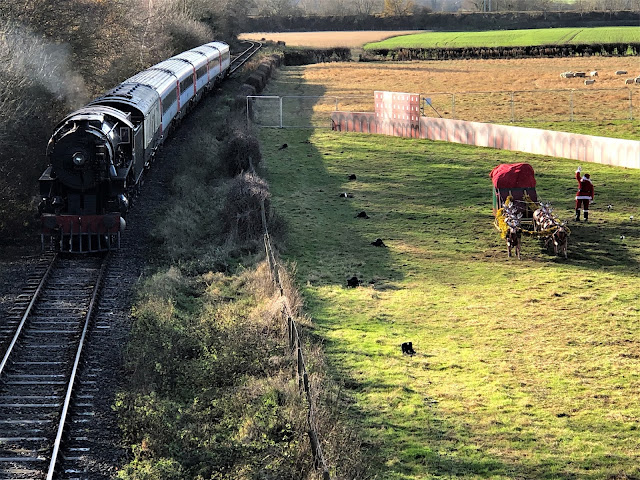 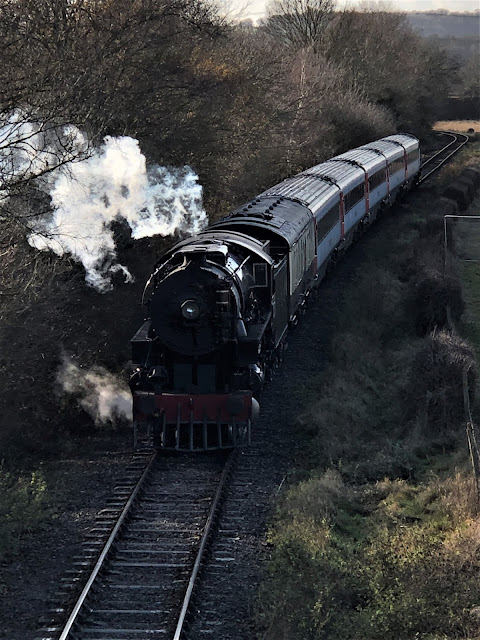 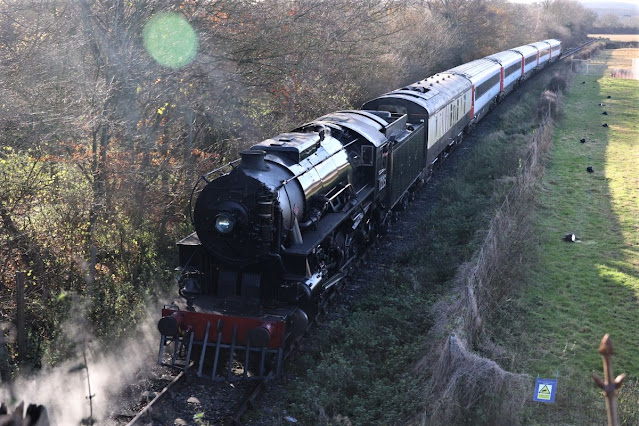 The train moving along to the bridge we are stood on 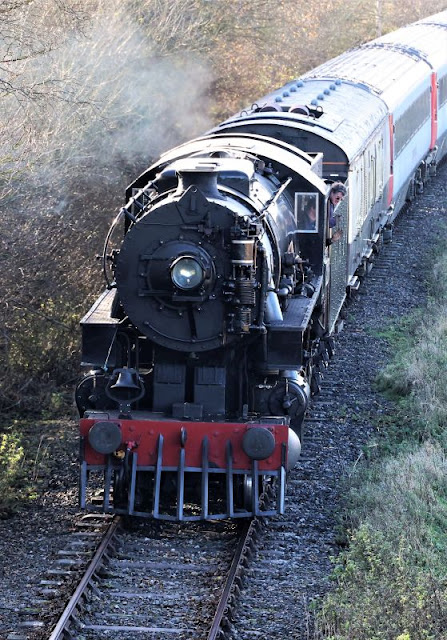 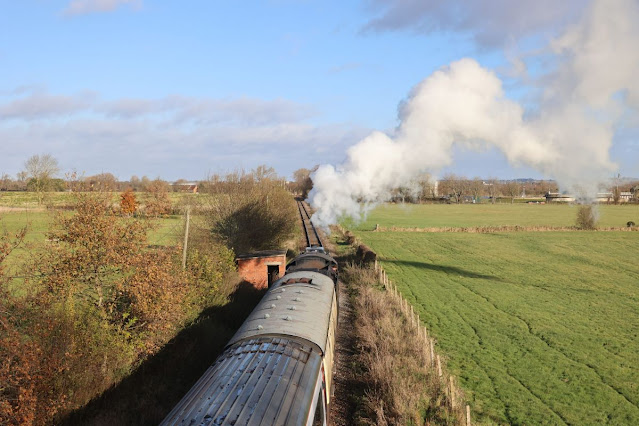 Finally they head off back to Wallingford Station and hopefully a lot of happy kids
Taking Part in My Little Corner of the World  Our World Tuesday, Imag-in-ing and Through my Lens you can find all the links in the right hand column.
Posted by Billy Blue Eyes at 18:32