Walk along the East End 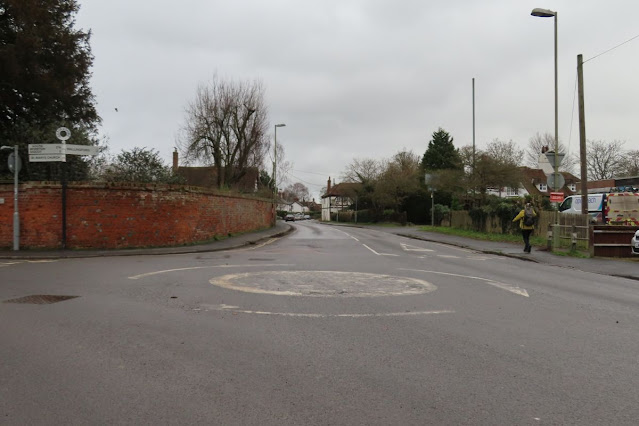 This is where I'm starting looking down The Wallingford Road, white the building by the road you see on the Right was the Chequers Pub which was the oldest on in the village till it  closed, it is now an Indian Restaurant 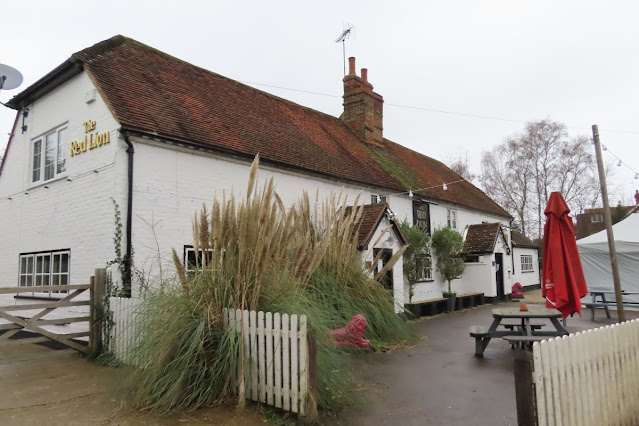 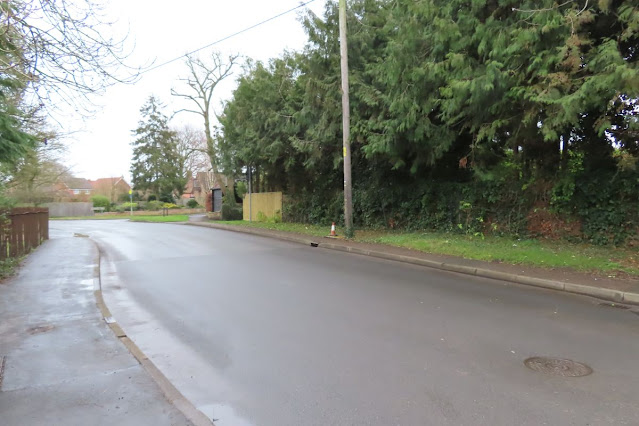 This is Red Lion Bend and leads onto the Wallingford Road straight. Over behind the fence is a house that originally faced the road which joined the bend. I'll go into that a bit later 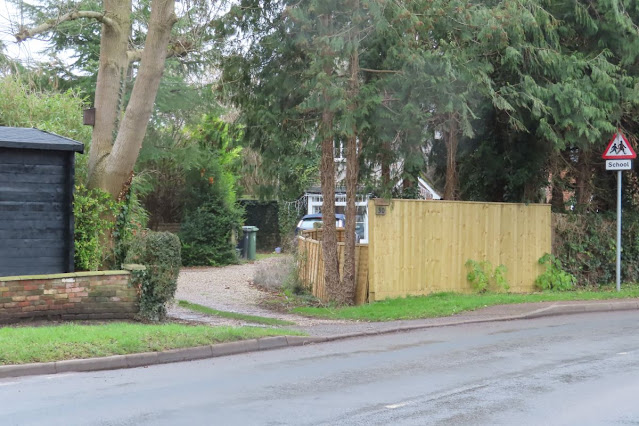 This looks back towards the house I mentioned, the old road most likely went through around where the entrance is 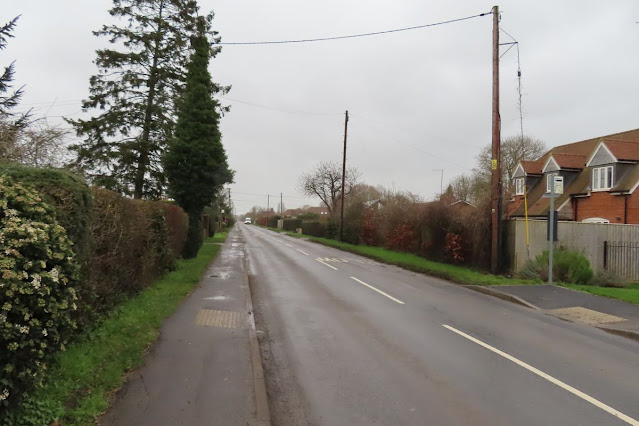 This is the Wallingford Road which is around a mile long an built around 1840 when the railway came through the village. In 1993 it became around a quarter of a mile shorter when the Wallingford by Pass went across it. I have walked this road many times in the past 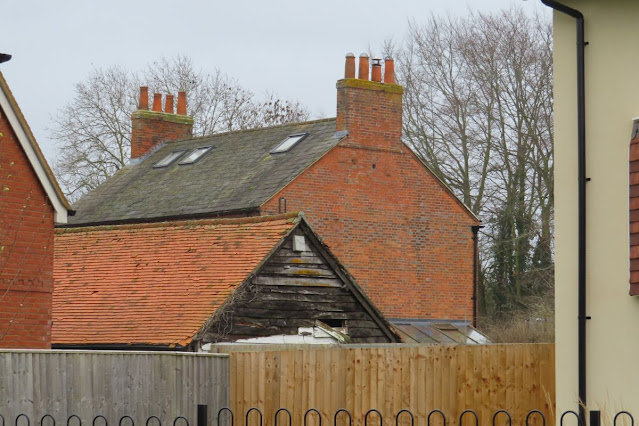 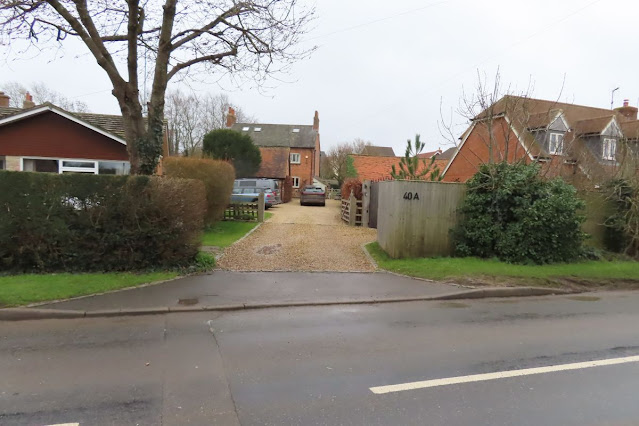 It has a long drive leading to the house, believe it of not that is the back of the house as the front faced the old road so their drive runs through the back garden. The houses either side in the foreground are were built more recently 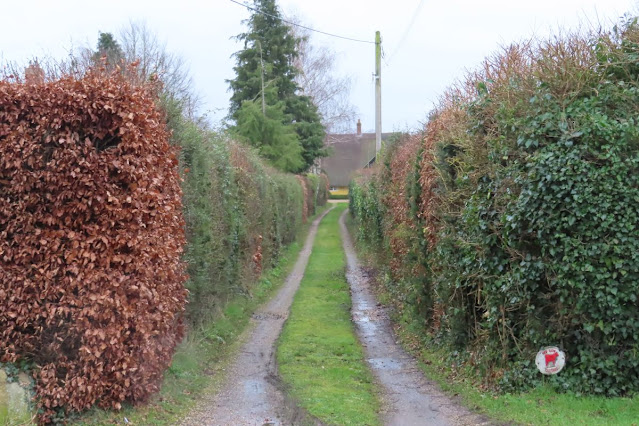 There are few houses along the road like this, my favourite is this one Red Cow Cottage which I thought was an old Beer House. I used to live in a house that I could see this place across the field and have a photo somewhere showing it. That was when I realised some of the houses along the Wallingford Road were back to front 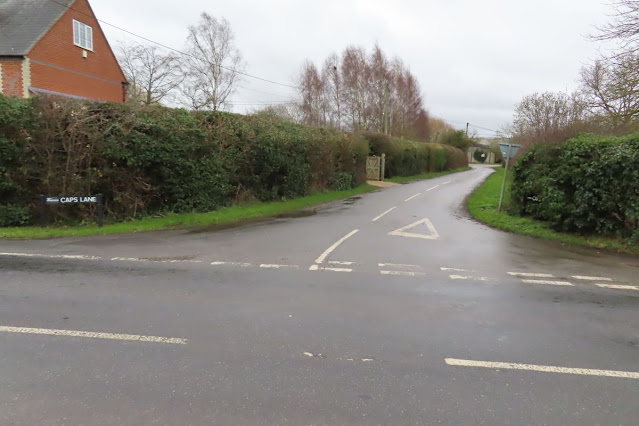 This is Caps Lane this part dates from the 1840s when it joined the old road to the new one.The caps lane area dates back to the Domesday book 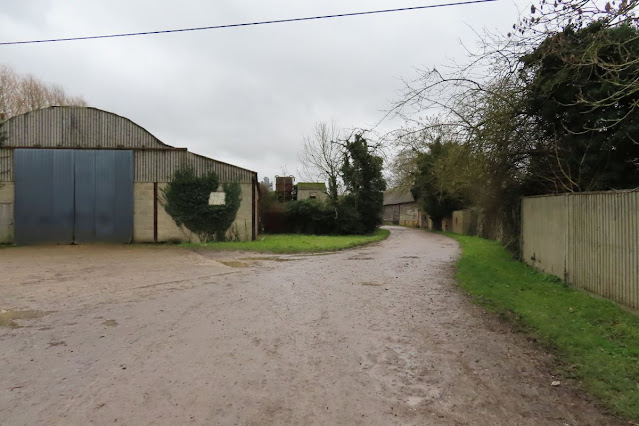 The road takes you to Blackhalls Farm which is as far as I will take you today. Back after WWI a Danish Farmer bought the place and grew root crops to feed the hundred odd pigs he kept he had a processing factory in the next village which became the beginnings of the Danish Bacon Company. Well will be going on up this track next week. 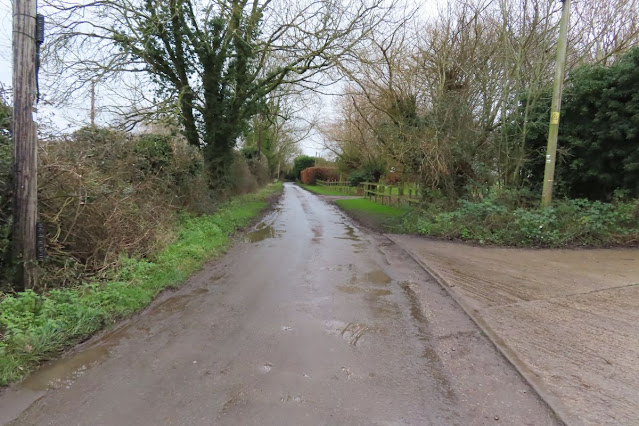 The Caps lane turns left where I took the photo of the farm and runs this way towards the Reading Road. We will be going along there another time. 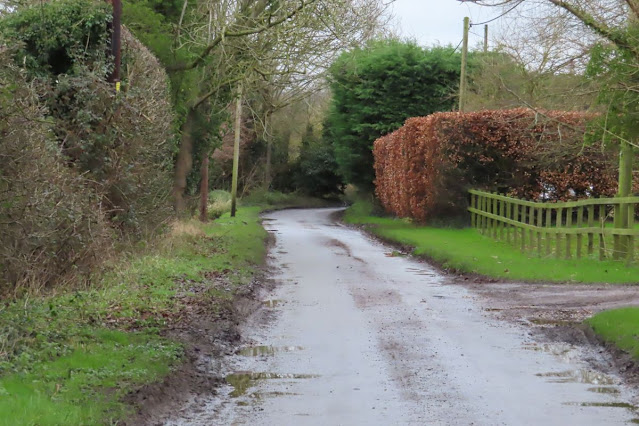 The Lane turns left around the bend in the distance. I cannot say if this is part of the original caps lane but it may well be part that just lead to the back of the farm and some barns as the houses around this part are more recent 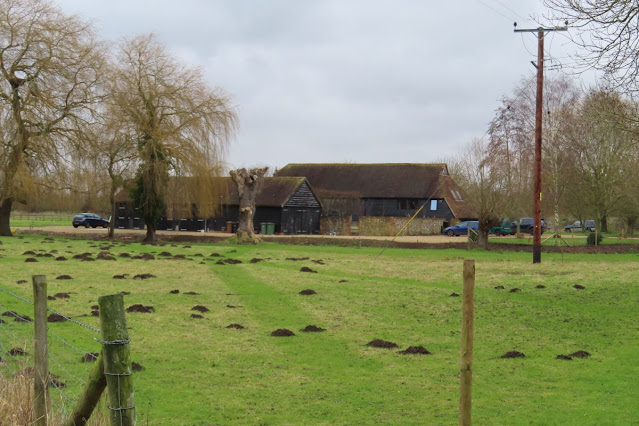 This old barn is over to the left of the road and was part of the farm but many years ago sold and made into a house. Next week I will show you where the old Caps lane went and carry on back to the village.
Taking Part in My Little Corner of the World  Our World Tuesday and Imag-in-ing, you can find all the links in the right hand column Take care everyone.