Carrying on from last weeks walk of the East end of Cholsey, I left you outside Blackhalls Farm now we will carry on back to the village 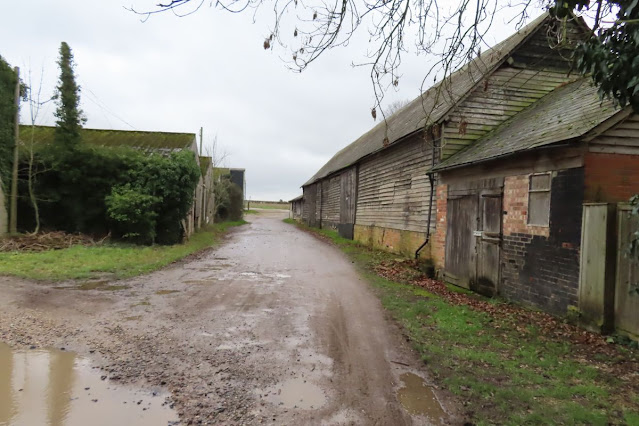 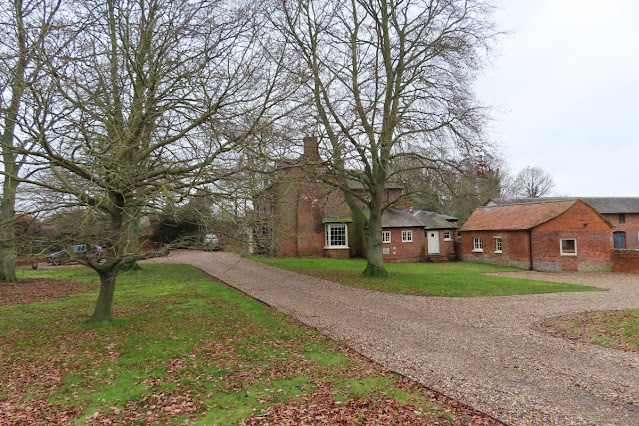 You will walk past the gates to this place Blackhalls Farm which used to own most of the surrounding land, this is where the owner of the old Danish Bacon company lived. I might add another person called Janet Wedgewood live here as well who was a local photographer who had links to the Wedgwood family 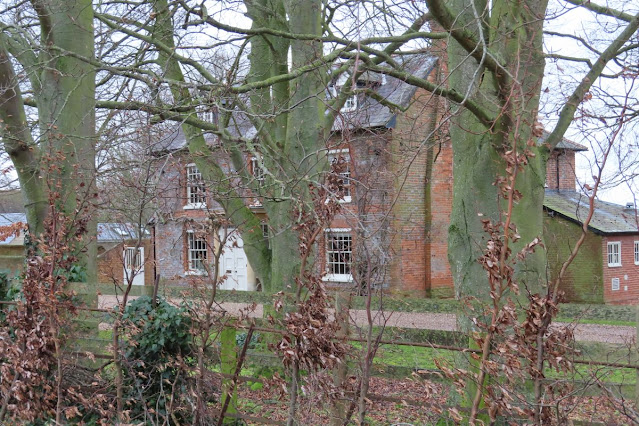 This is the front of the Farmhouse 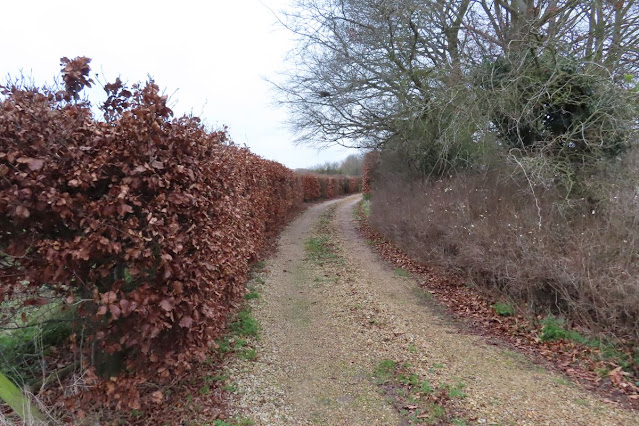 Nearby is this lane that runs to some houses further along, this is most likely where the old Wallingford Road went 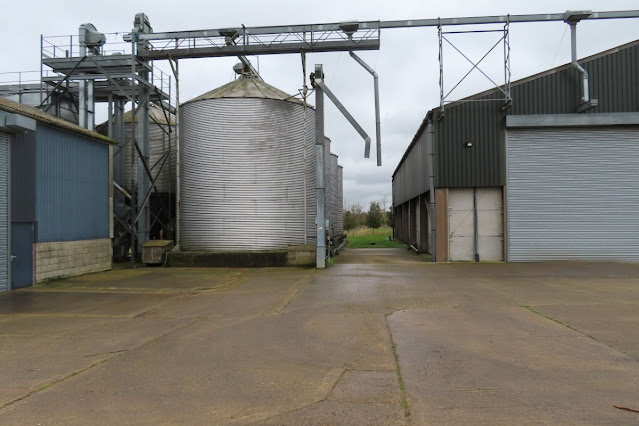 It went in this direction towards Bow Bridge, the corn dryers have been built over the old road 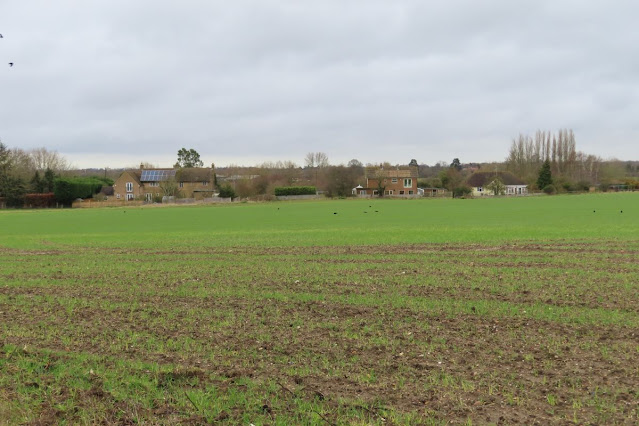 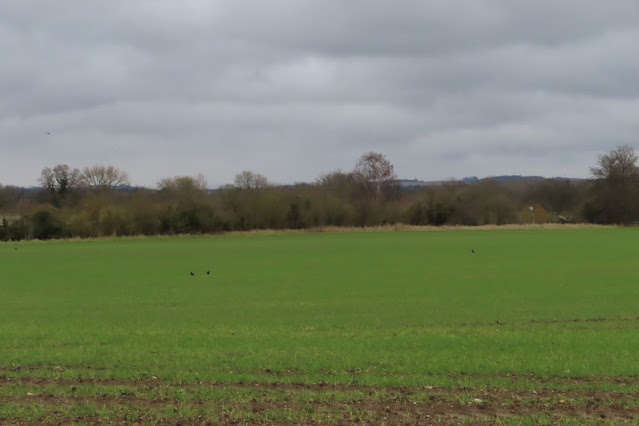 It would have one along to the front hedges you seen in the field where it linked with another road also now gone.  Further on it connected to the Turnpike 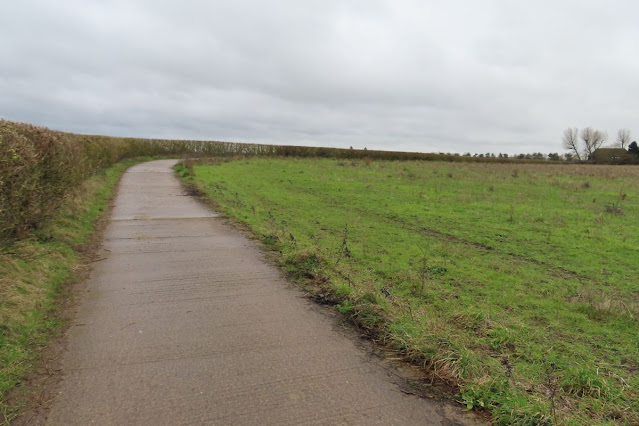 We go along this concrete track laid by a farmer for their use, it has now been adopted as a footpath 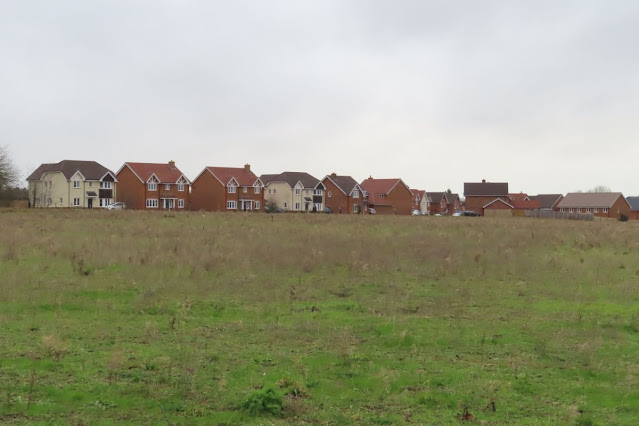 Look over to the right you see the houses on the old East End Farm land, the filed I am looking across will be part of that estate in the near future when they start building on it. 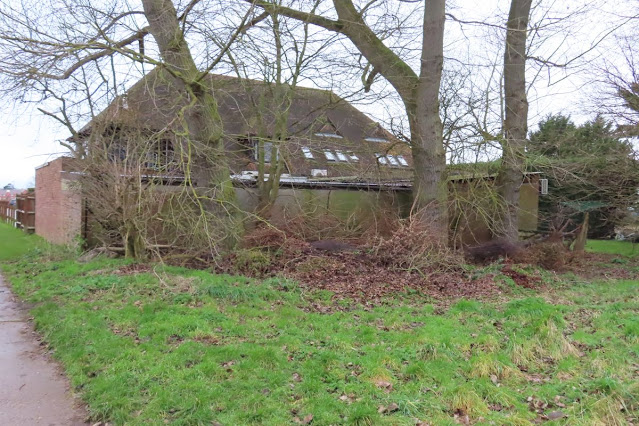 As you near the end of the track you come to this building which is the local veterinary surgery but once there was another building here an abattoir, all that remains of it now are the building in the foreground where the animals were kept. The place now keeps animals that are sick 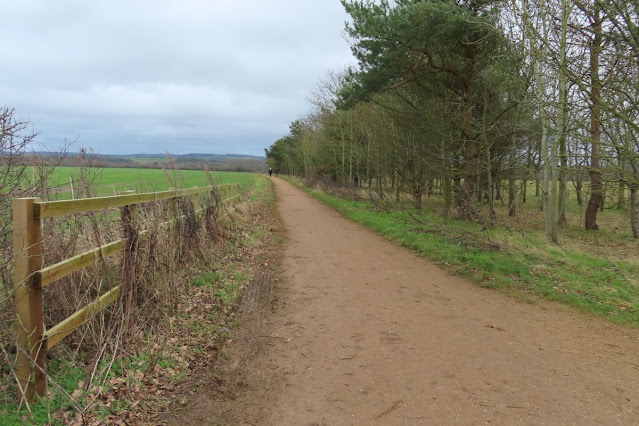 The track come out by this path which is part of Ilgies lane and takes you to the Reading road, once you could walk across that road and get to the Tames but they moved the footpath 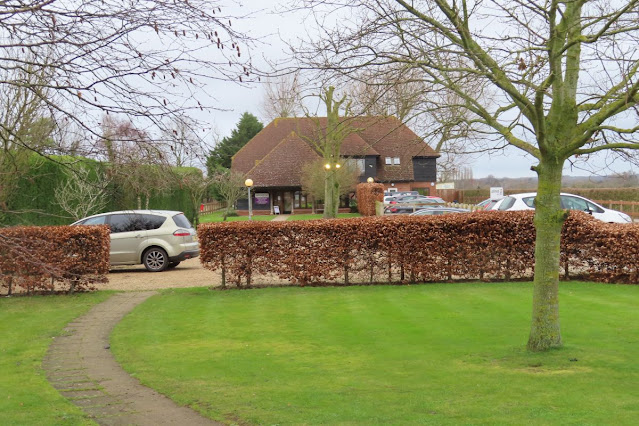 This is the Vets, when it first opened the building was in the carpark in front and the Old abattoir stood where the new building is now 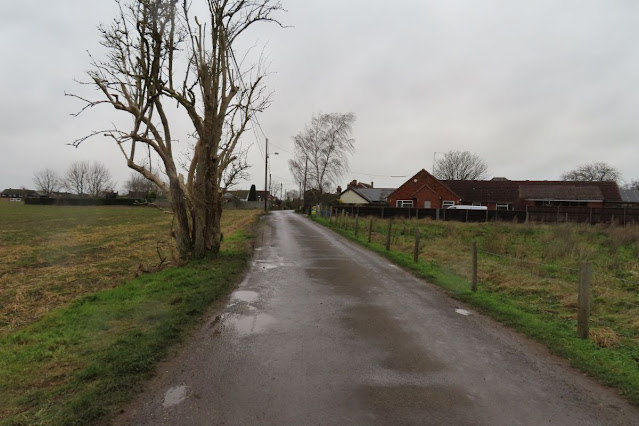 This where we go now along Ilgies Lane which is one of the oldest roads in the village. 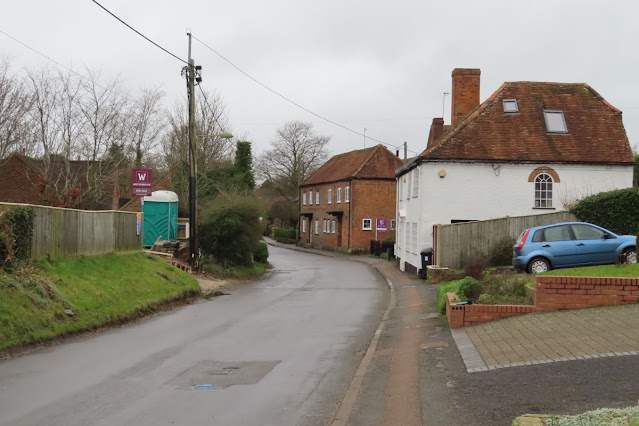 You will walk though a lot of modern housing before coming to this part which is the older part of the village, the red brick building you see ahead was the Eagle Pub but closed many years ago,carry on along the lane brings you to the village. 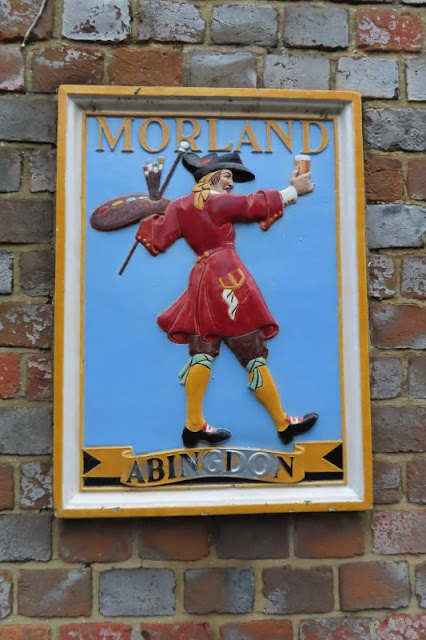 The Morland Artist in Brewing sign on the former Eagle Pub 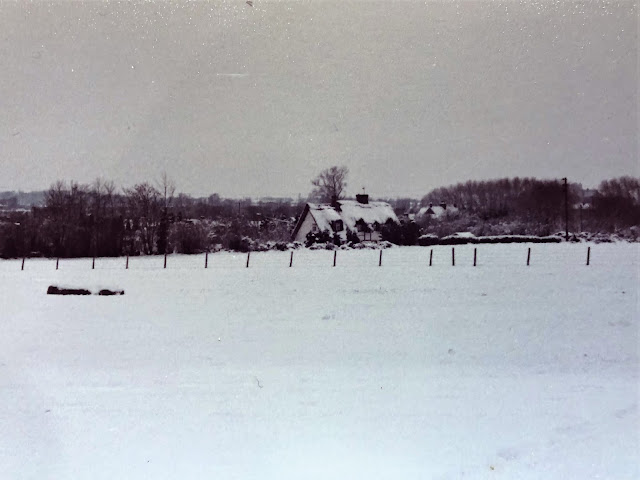 I'm a little late in showing this photo which is of Red Cow Cottage along the Wallingford Road. It was taken from the back of the house I lived in across the field around 1982. It shows that this is the front of the house and the old Wallingford Road would have run past the front of where you see it. since this photo was taken the field up to the fence you see is now a housing estate.
I will leave you here and show you another part in another blog

Taking Part in My Little Corner of the World  Our World Tuesday and Imag-in-ing, you can find all the links in the right hand column Take care everyone.