We have been trying to spend some time down at our caravan in Wales but small problems with beyond our control intervened, we had thought they had been overcome but another raised it ugly head. Again we sorted that out and decided to go for an early morning walk up Aberedw Hill.
On the way up we noticed the cloud cover was low. At the point we usually turn left we carried straight up and eventually came to this old water tank, nearby is a white stone that marks the way to go to get to Aberedw Village around five miles away. As the viability was bad we decided to go back along the hill towards our usual walk 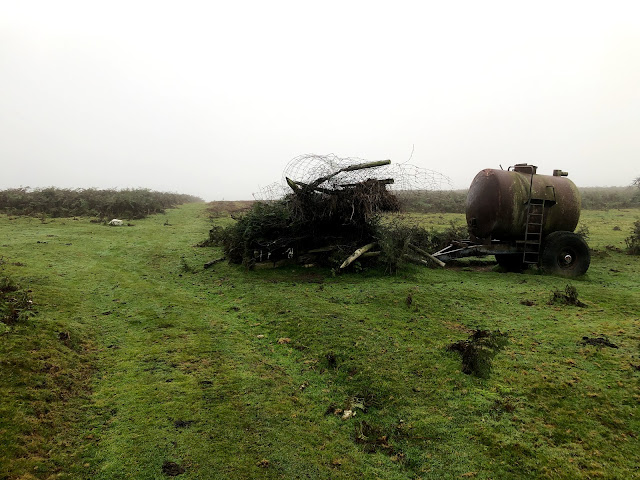 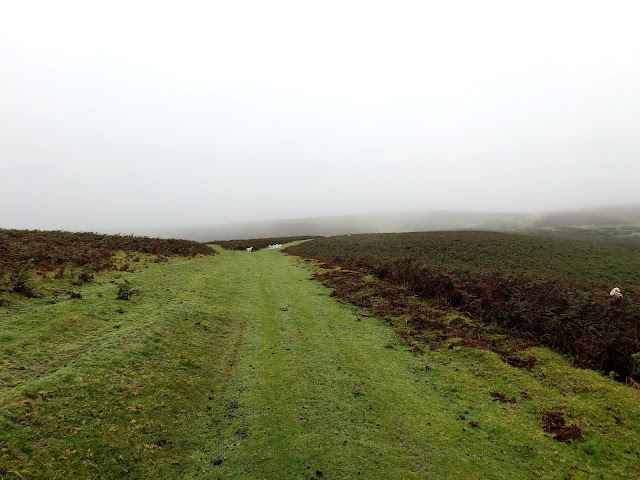 I looked back across the hill to wards the Aberedw direction 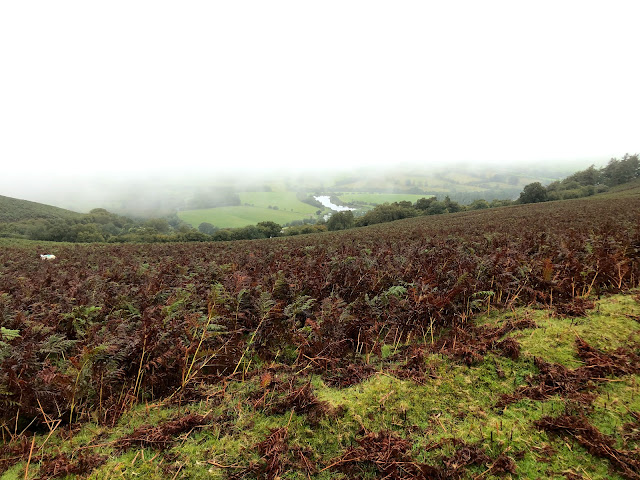 And set off towards the copse of trees  we normally wet to, looking left you could see down hill towards the camp site 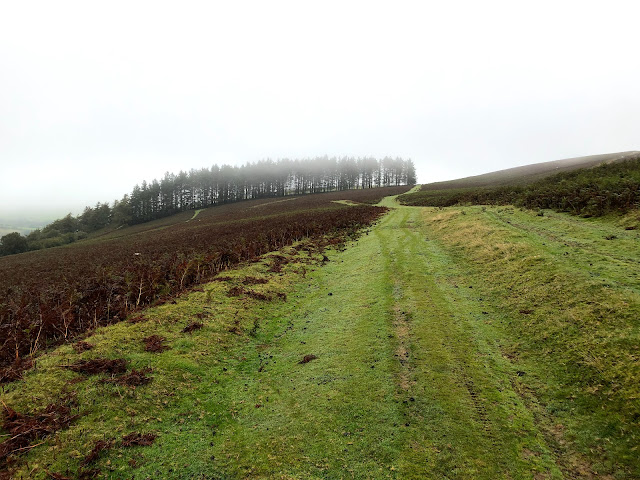 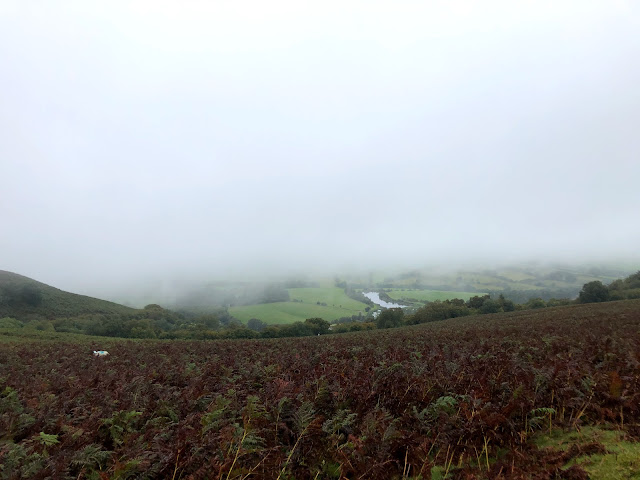 Further along and another view down 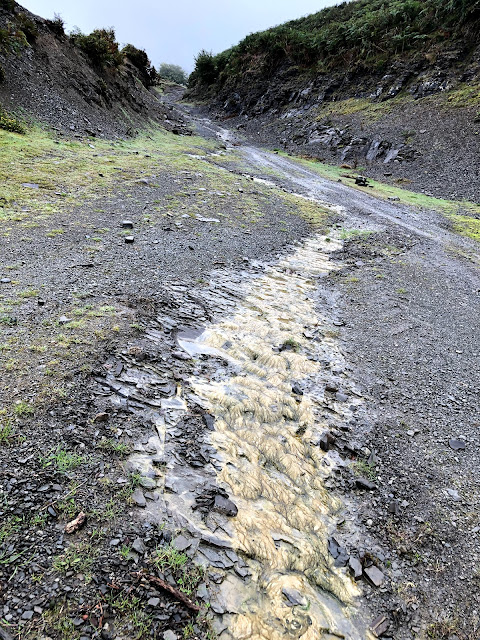 Eventually we went back down hill and through the quarry we had climbed up an our or so before hand. Water tends to run down here most of the time but as it had been raining it looked like it had uncovered sandstone. I know for a fact it's not sandstone the hill is made from.  During the summer the water had dried up, grass I moss had grown in the meantime. When it rained heavy like in the previous days the water  had poured down here over the grass I moss turning it white the grass giving it a look like sandstone 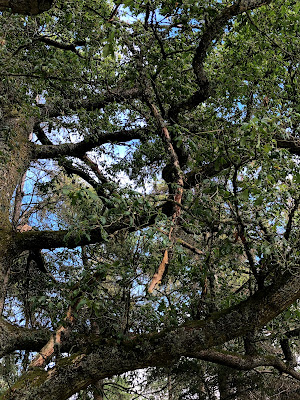 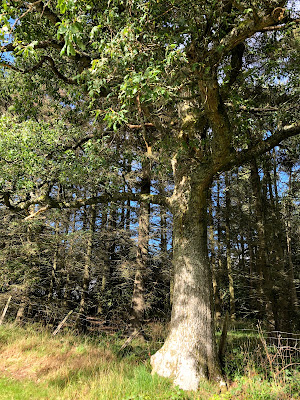 Later in the day I sat out under the Oak tree behind the caravan. Only when my wife said where did that branch behind me come from did she look up and point out this ling branch hang down by a single twig. I had bee sitting under it not realising what was above my head. When I told the site owner about it he said like "the Sword of Damocles", he was not wrong it was not a pleasant thought if that had fallen. We soon had it removed and breathed a sight of relief when it was gone.
Taking Part in My Little Corner of the World Our World Tuesday and Imag-in-ing, you can find all the links in the right hand column
Take Care Everyone