After a quick look around the patio last week it is time to see some of the roses around my garden where we have our own mini Mottisfont. 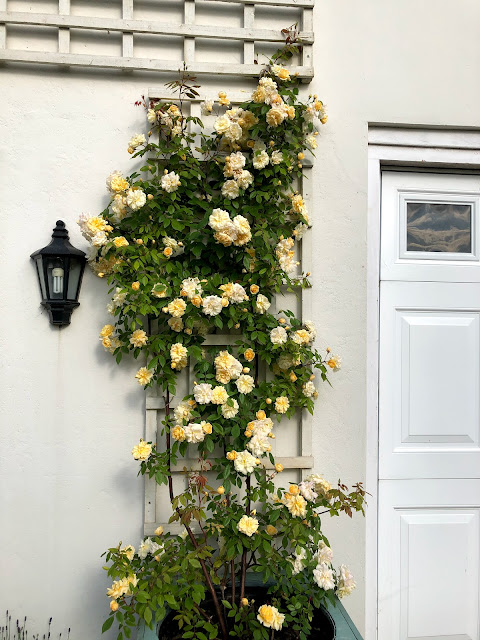 I will start with this one called Malvern Hills, It was planted last year in an old water butt I made into a planter and is growing well. 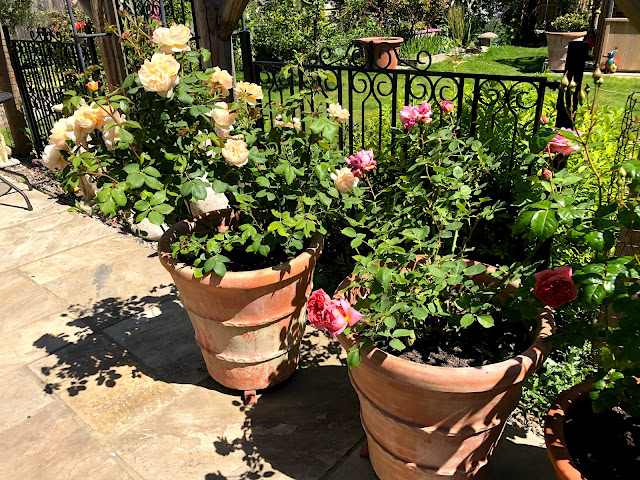 A couple more roses in pots, I have forgotten the name of the near one but the far one is Ronald Dahl 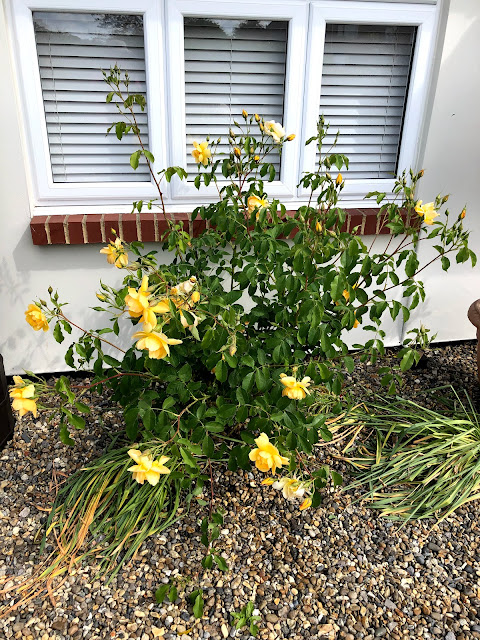 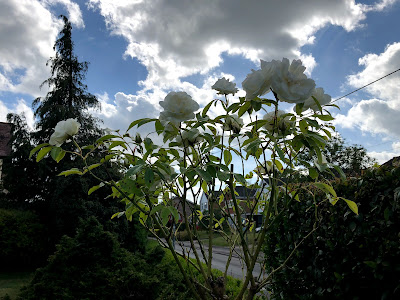 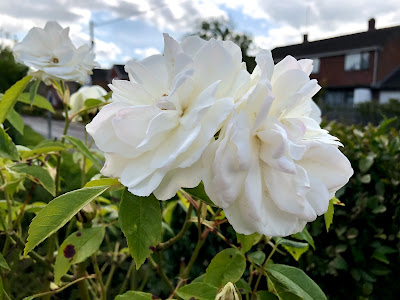 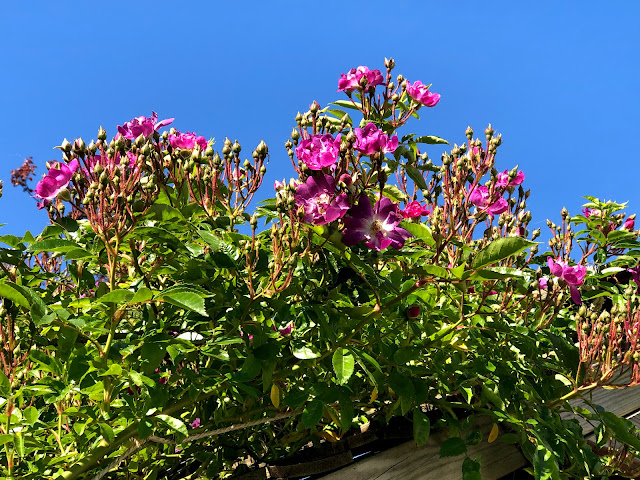 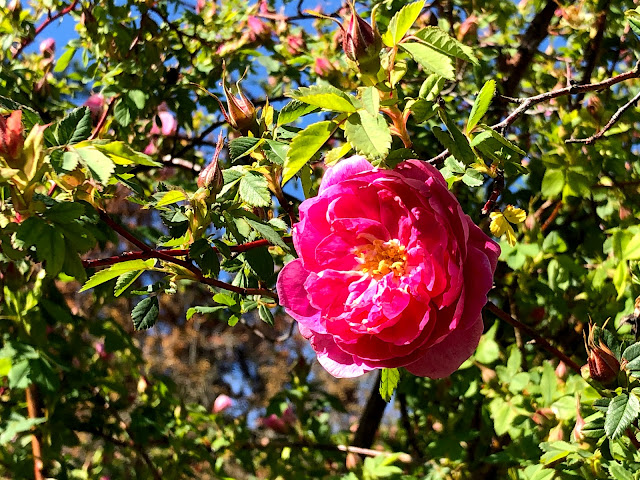 Beside it is a rose called Rosa Californica a beautiful pink wild rose. This one has grown to over ten foot tall and was saved from being thrown away when we did an extension. My wife managed to grow it back from a remnant and went on to take a cutting growing another for the bottom of the garden 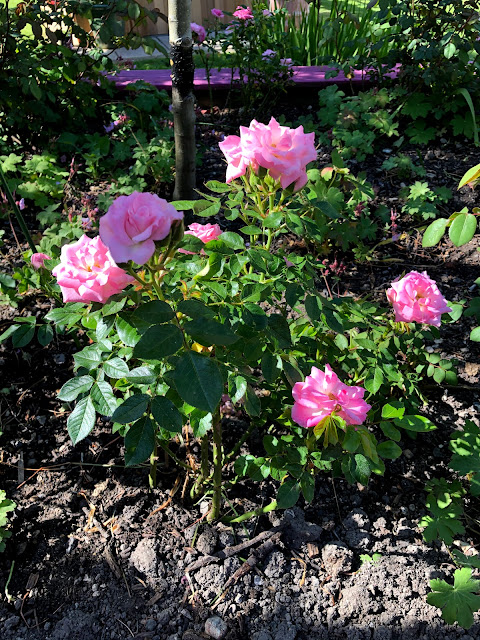 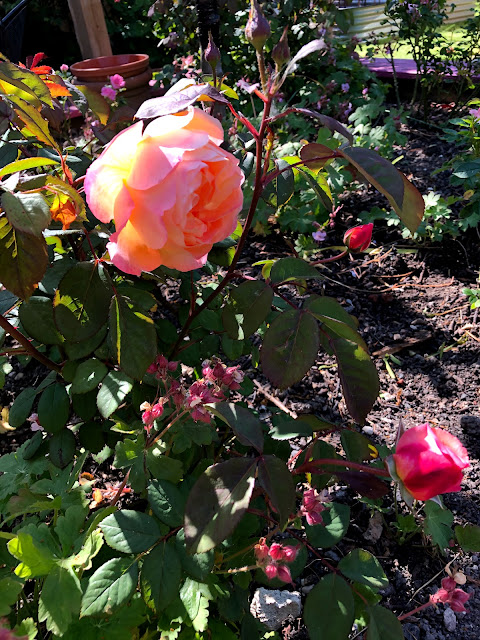 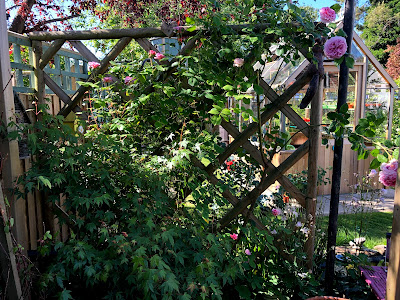 Between a Lady Hamilton a beautiful scented rose, it makes up for the lack of one in the pink rose

Nearby is another climber called James Gallway 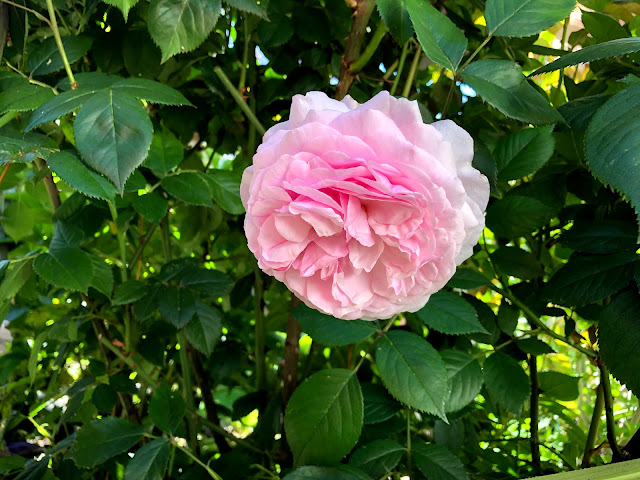 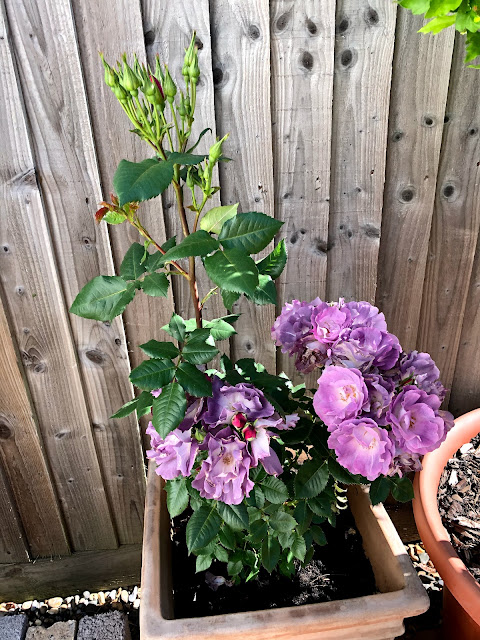 Blue for you is still putting on a display 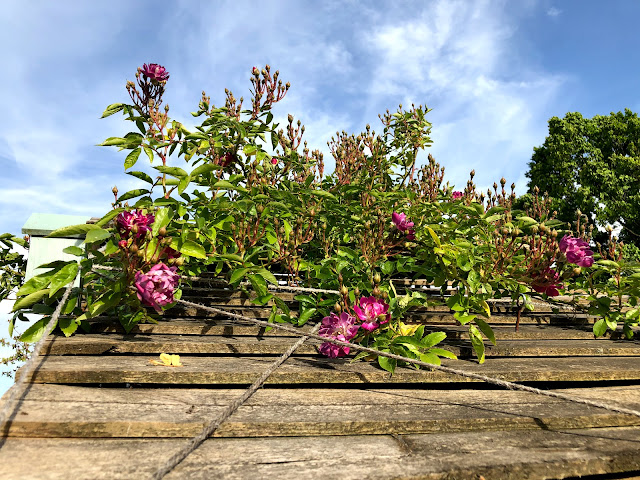 Veilchenblau rambles over the Barbecue enclosure 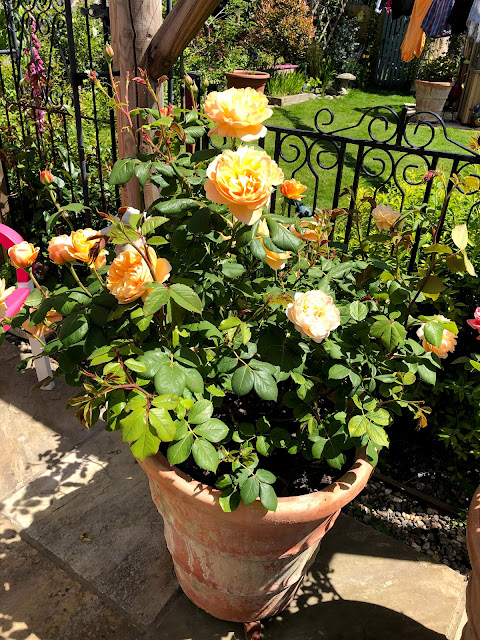 Ronald Dahl at it's best giving off a sweet sent 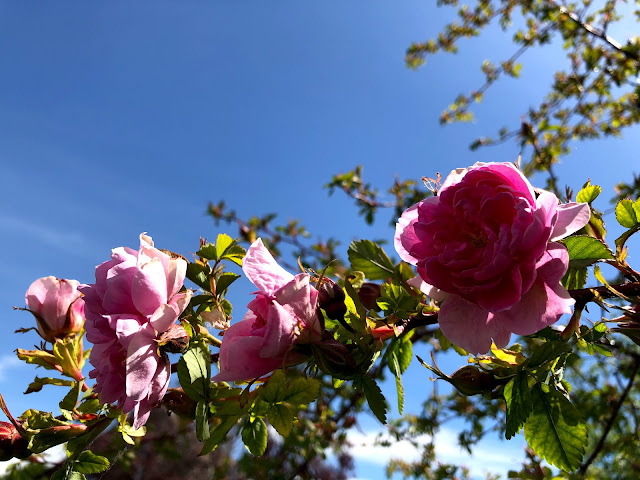 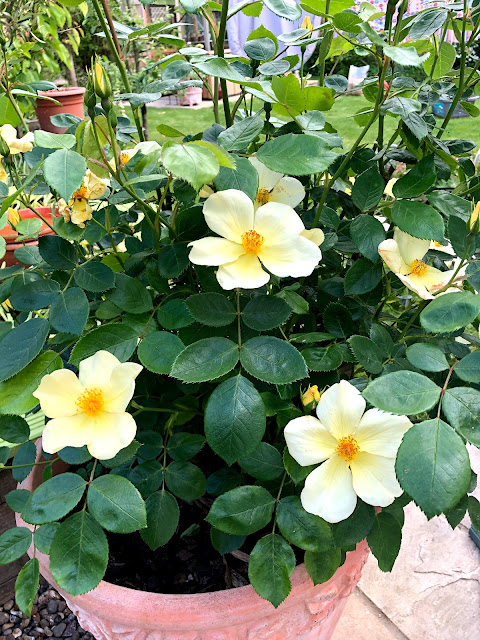 Tottering by Gently attracts the bees 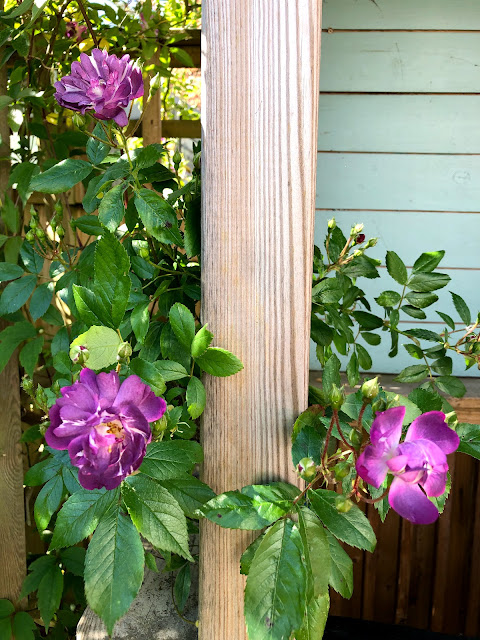 Veilchenblau at it's best
Taking Part in Our World Tuesday

Email ThisBlogThis!Share to TwitterShare to FacebookShare to Pinterest
Labels: Garden