A week or so ago I showed a few roses from my garden. Problem with roses is the collect Aphids from time to time but i nocied a little helper today sorting them out. 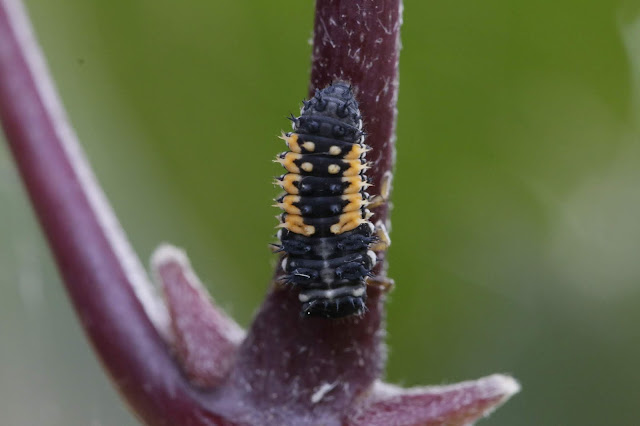 This creepy little critter is called a ladybird nymph, this one was on one of my Clematis 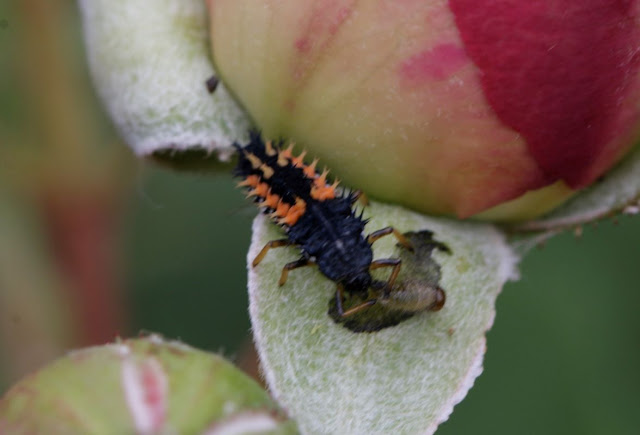 Then I spotted another one on my roses 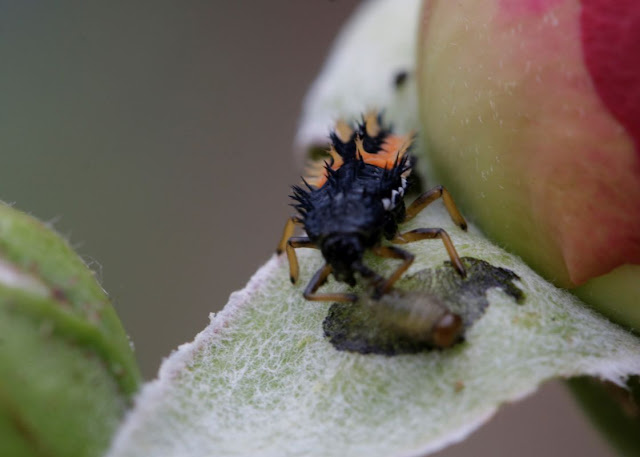 Making a meal of something 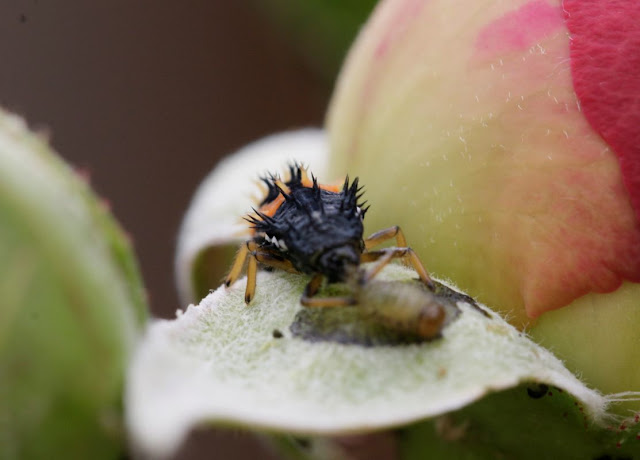 It was really chowing down on it 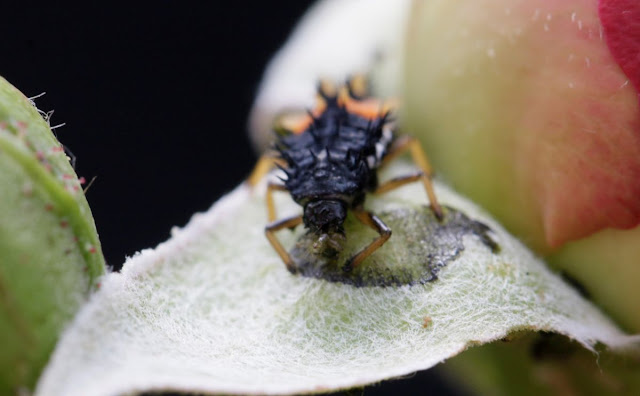 Later they was very little left and when I looked a little later it has eaten it all
That's one bug which will not be eating my roses.
Photos were taken with my Canon EF100 Macro lens