The Moulsford Viaduct also known locally as the Four Arches, the photo below was taken over ten years ago on the  South Stoke side of the river I have not been back since to update the photo. The tow path here is part of the Ridgeway walk from Goring to Mongewell where you leave the river. 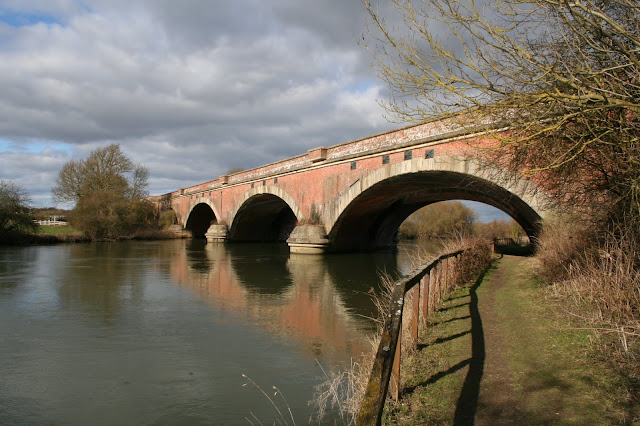 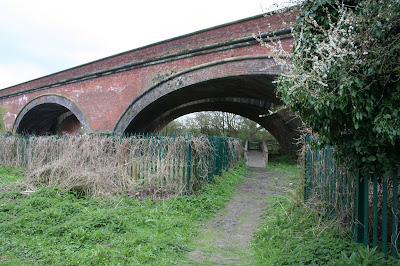 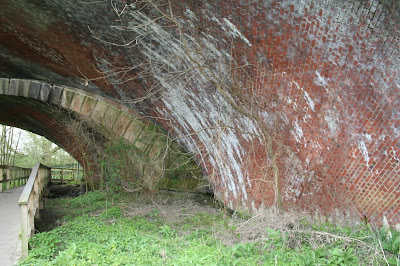 Under the arch it would have looked like this 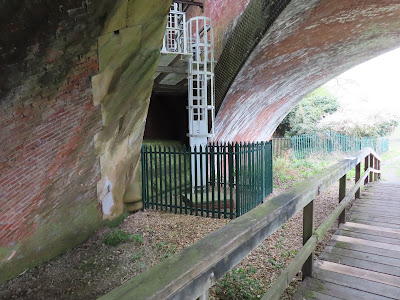 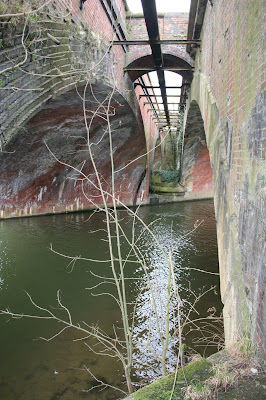 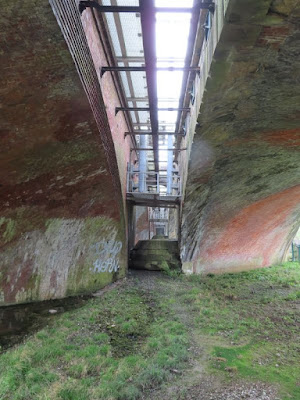 Between the arches you see this, the photo one the left was taken from on top of the base you see,
Since it was taken
Electric pylons have been added 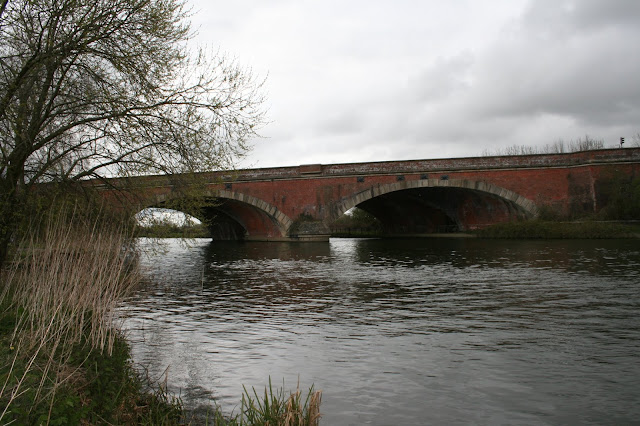 This was taken from the river meadow 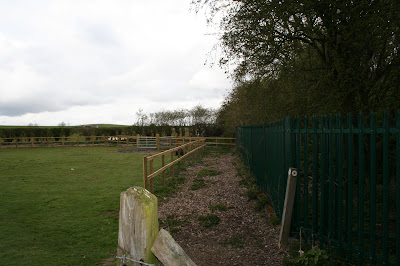 Which is over to the left of the fence, Ten years ago this was the Thames path 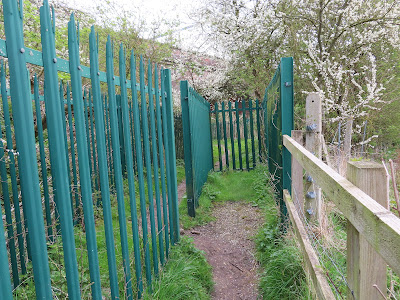 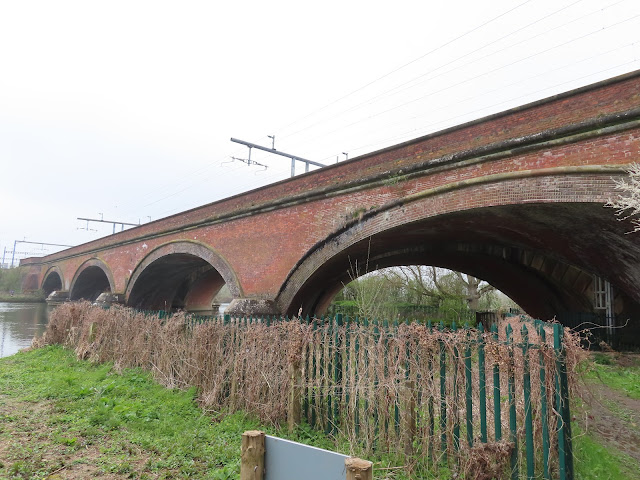 There is even more green fence stopping you getting to the river here. You can see the electrification pylons in the photo. At least when Network Rail put in the railway electrification they were sympathetic to the bridge. If you follow the link at the beginning of the blog you fill find more information on Wikipedia.
Taking Part in Our World Tuesday
Posted by Billy Blue Eyes at 22:44