In the UK we have had very little rain for most of the summer from June to August this has resulted in a hosepipe ban in parts of the UK. So far this has not affected us where we live and over the last few days we have had a bit of rain. So I was interested to see how the Elan Reservoir was holding up being as it supplied Birmingham. I had seen a few photos but wanted to see myself and over the weekend I went there while we were in Wales. Before you look at the photos I suggest you look at my Blog on the Elan Valley for some background on it or just go through the photos. and it will show you the places I visited in this blog 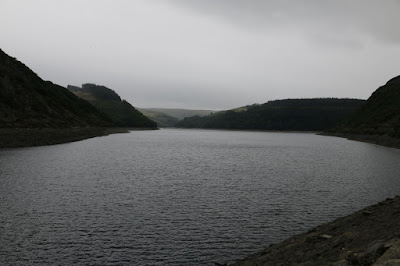 This is the Caban Coch Dam 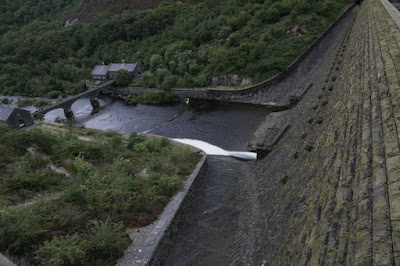 The outflow you can see below 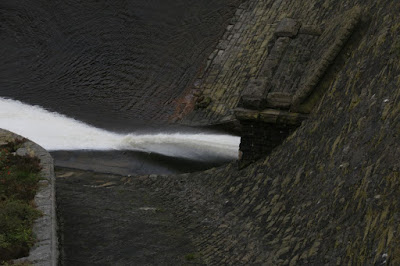 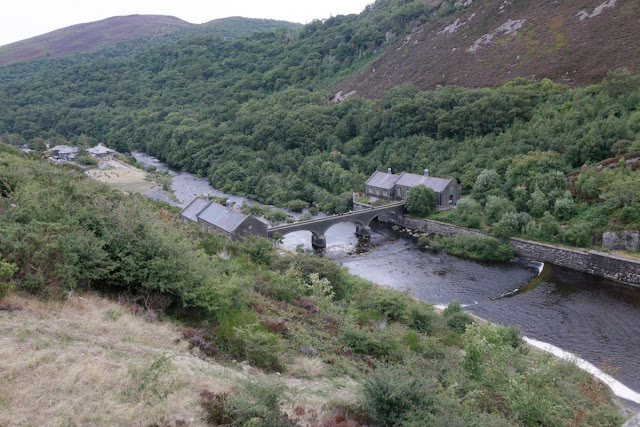 Below it is the old turbine buildings and visitor centre 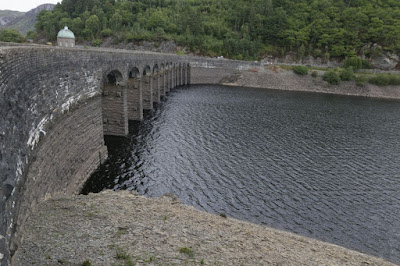 Next along is when you would think is a bridge but below it is a dam, you can see it in a photon in the blog I linked. The water is low 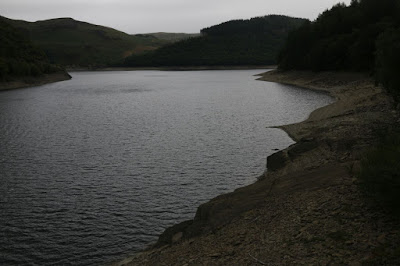 Showing the banks of the reservoir 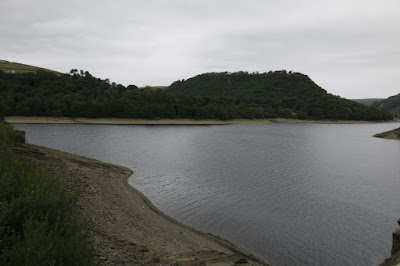 Makes me wonder how much lower it can go 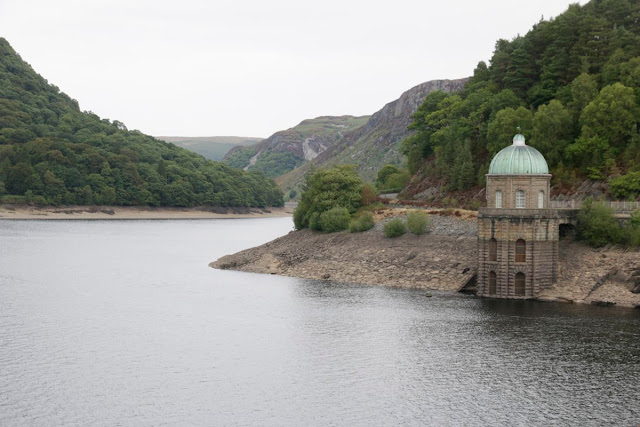 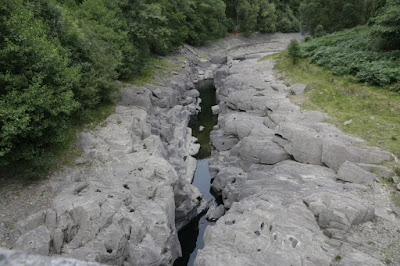 The next Dam is reached by going over a bridge first, looking over I was surprised at what I saw below 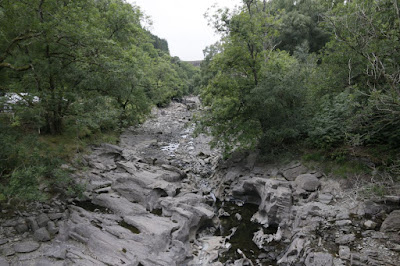 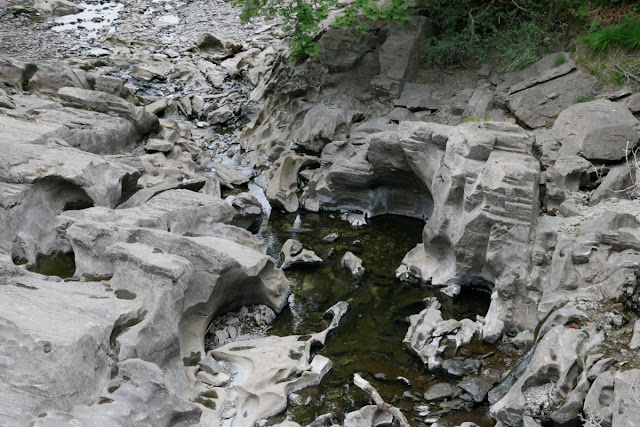 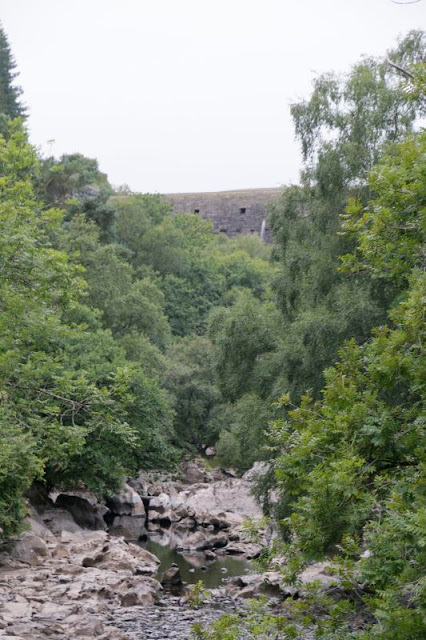 Look up and you can see the dam in the distance 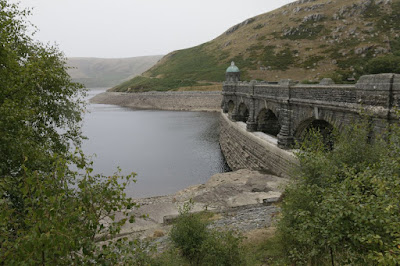 The water behind it was very low 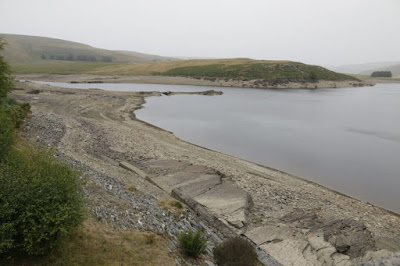 The whole bank was on show 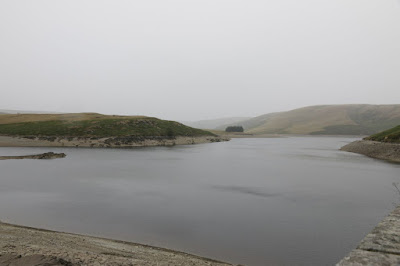 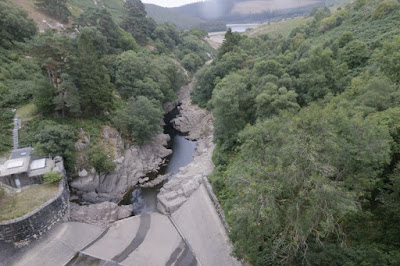 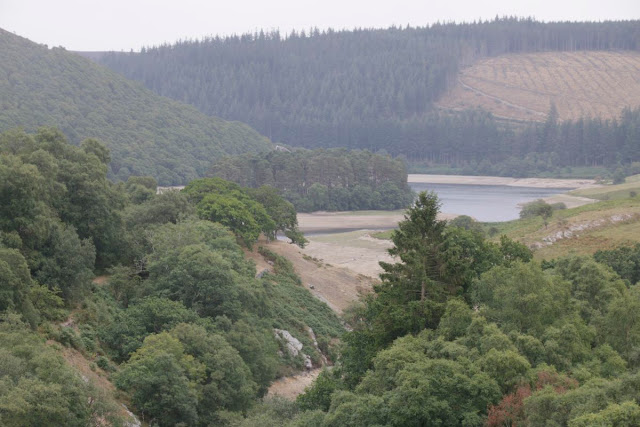 Looking further along you see an island has begun to get bigger, the first time I saw this it looked like a clump of trees in the middle of a mass of water now it looks like you could almost walk to it from one side. I went away felling quite shocked at what I had seen and often  wonder what this place would have looked like before the flooded the valleys
Taking Part in Our World Turesday