Behind the Fence was a blog I wrote last year on an archaeological dig that was happening in Cholsey. I show some of the finds found there. From time to time I revisited after to see what was happening. This was the information boar placed by the site on one occasion. 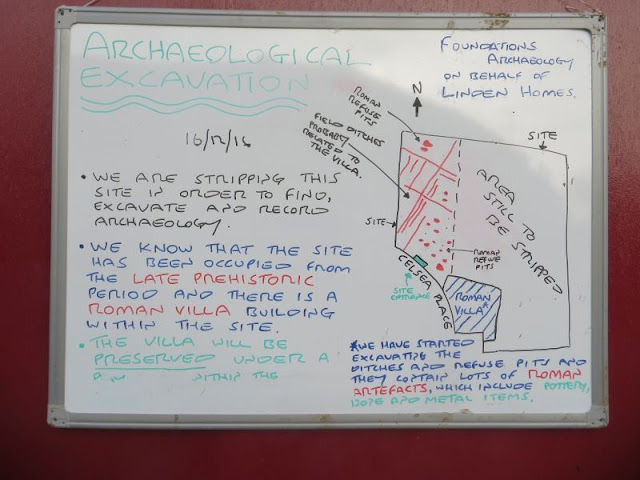 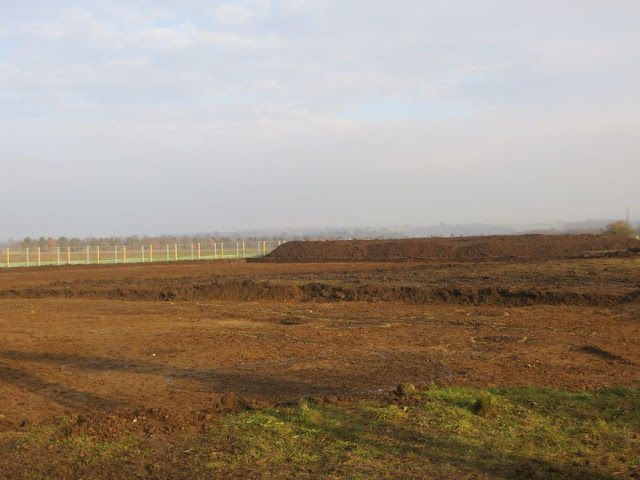 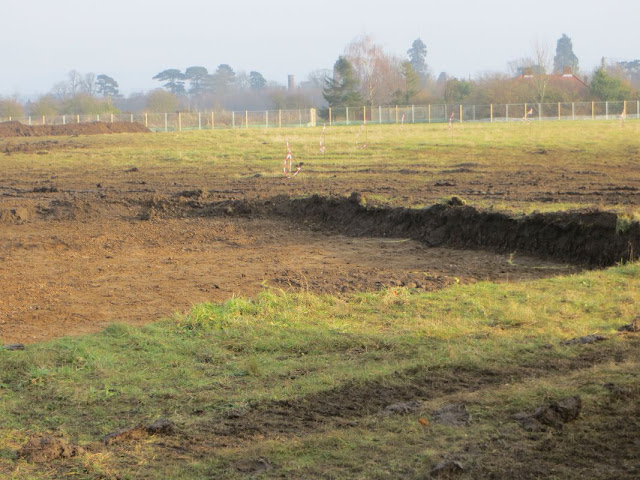 This is a panoramic view of the site

The archaeologists working on site 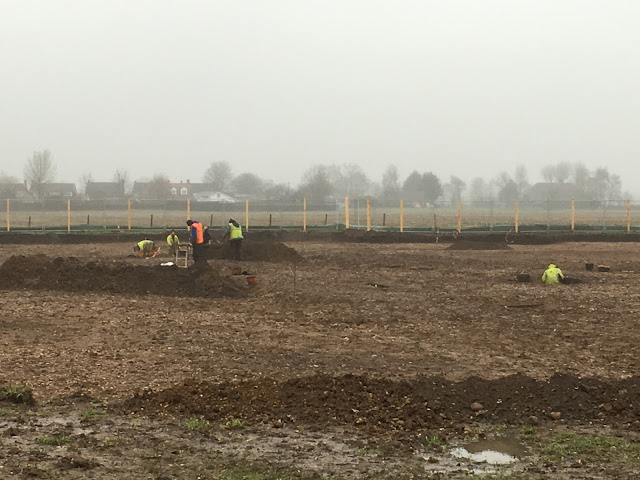 The place at times was quite busy 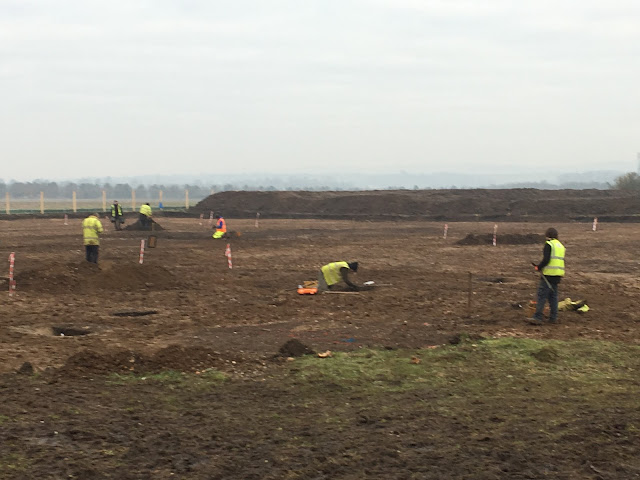 A new board was put up which made interesting reading 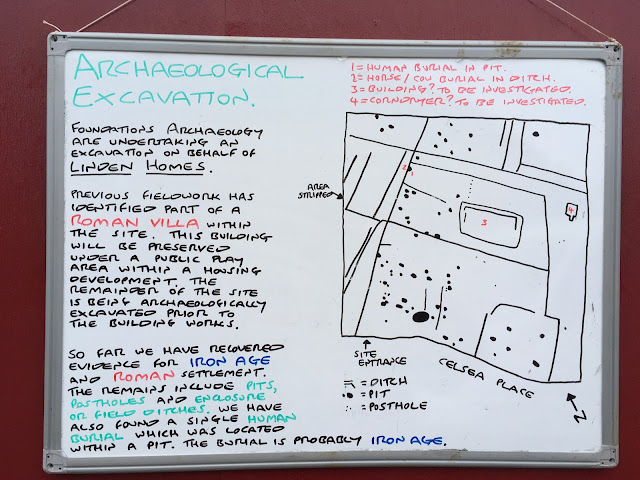 Pits were all around the site 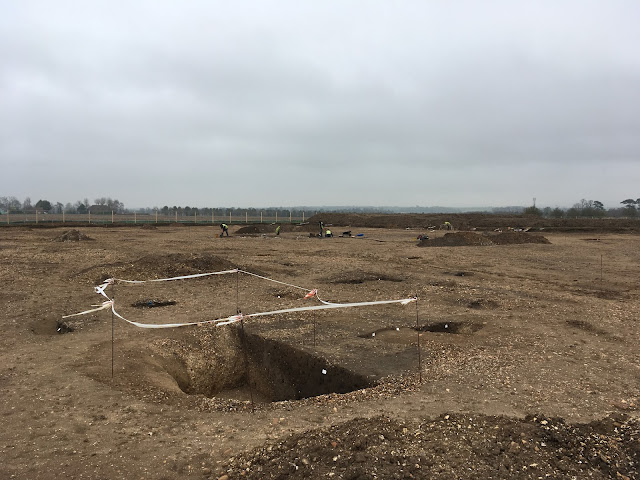 This was the last shot I took of the site 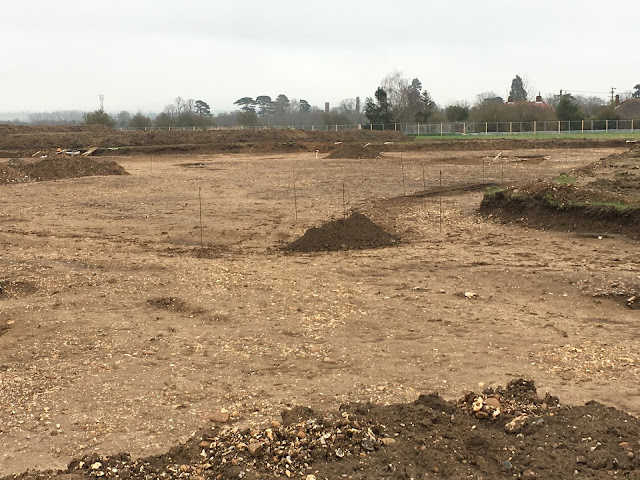 So what did I learn from reading about it. Well there was an iron age settlement here which was extensively used but a previous family of small group of people could have even been a small village. When the Romans came they built a more substantial building or it may well have been a Briton who became wealthy enough with the Romans to afford the  luxury of a Roman type villa as they found hyper course tiles here. After the Romans left the place was left and deteriorated. The Saxons built the Village in another part of the area further down. Eventually the are became farmland and all trace disappeared until the housing was due to be build and the excavation found what you see here. The local archaeological society and schools have been on site helping at times though I still have to go back for some last photos.   The findings will be published and made public at a later date
Posted by Billy Blue Eyes at 07:55