Hero with a Shovel


Friday I posted a statue of Fred Potts VC and today I'll show a few more of it and tell you a bit about how it came to be. Fred you could say was a hero a couple of times over because he saved a young child from drowning in the Thames before signing up for the Berkshire Yeomanry. In 1915 he was  sent to Gallipoli  with the regiment where they were sent to attack Hill 70, during the attack he was wounded in the thigh not far from the Turkish positions along with a fellow Yeoman. In the next 48 hours he managed to fix a shovel to his fellows equipment and drag him back to their own positions while still under enemy fire. That earned him the Victoria Cross. They both survived the war. Fred went on to become a cobbler and lived in Reading till he died in 1943 aged 50. He was cremated so there is no grave to see. I think he sort of became for gotten about until his story came out around 2009 on a BBC program was made and the relatives of the two me were reunited. In 2010 a trust was established to raise the funds for a permanent t memorial which is what you see here and it was unveiled in 2015. I had read it was going to happen and had not released it had been built until I went for a look on Friday 11th November the Sculptor is Tom Murphy 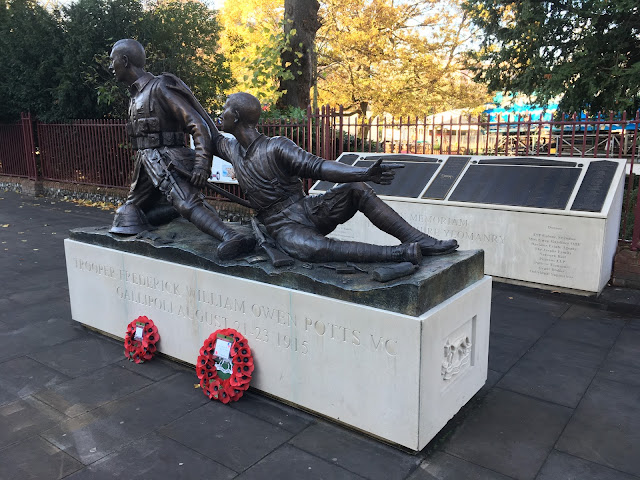 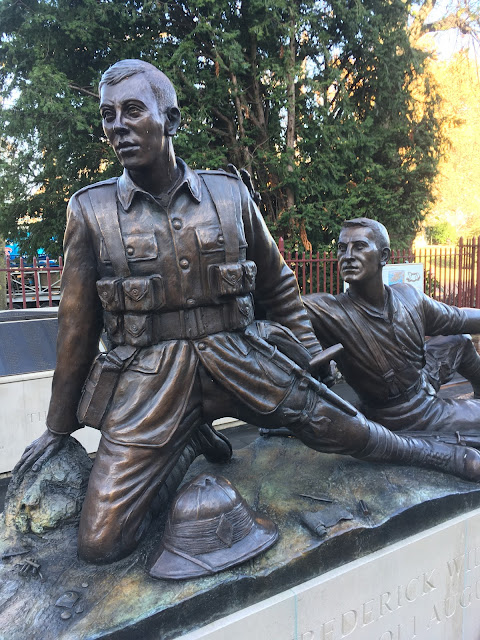 Fred dragging his fellow behind 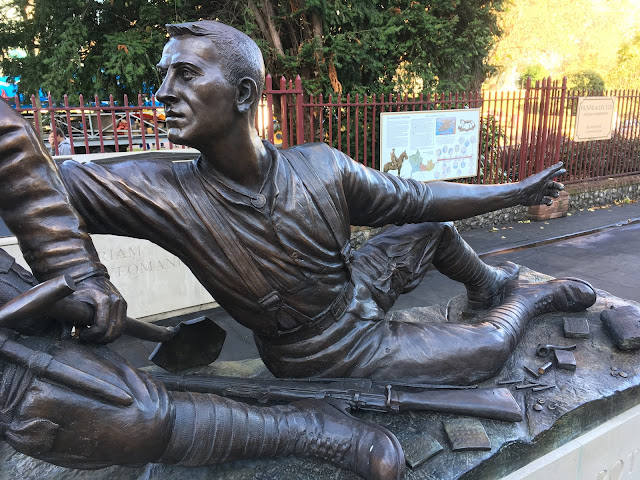 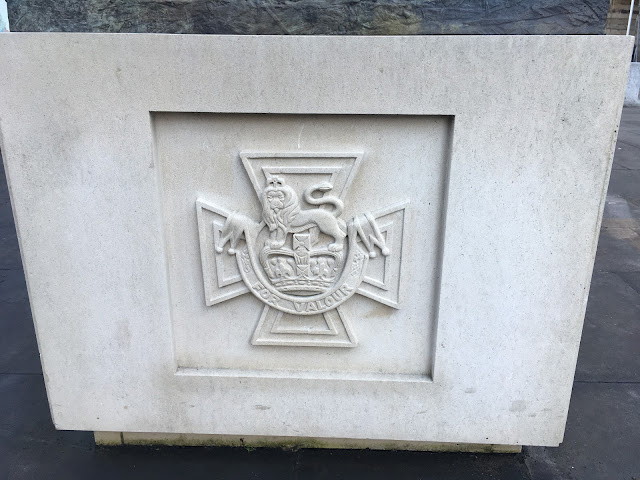 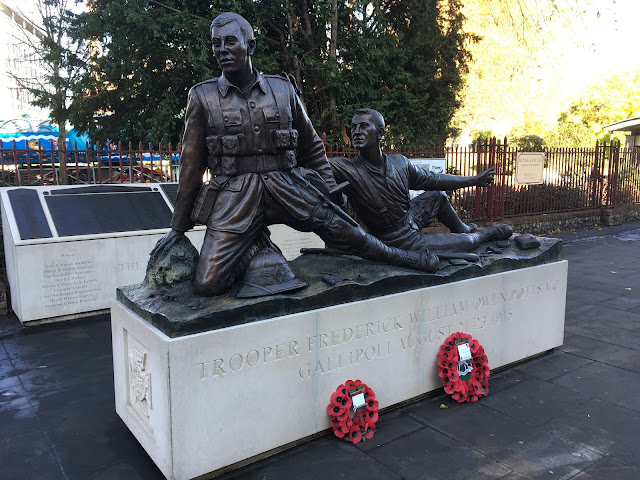 The memorial with The Yeomanry roll of Honour behind 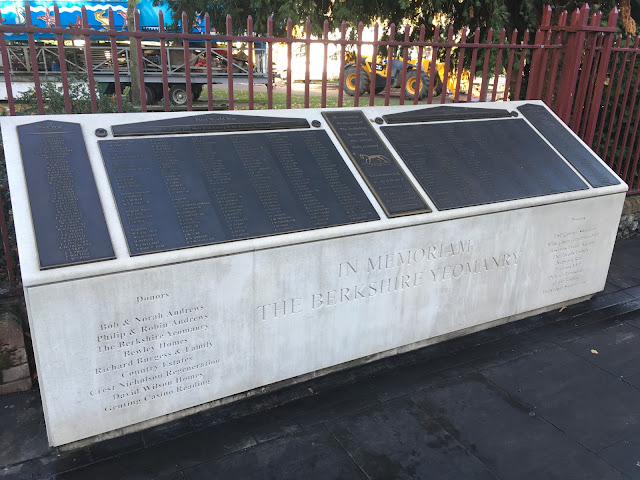 The Berkshire Yeomanry roll of honour 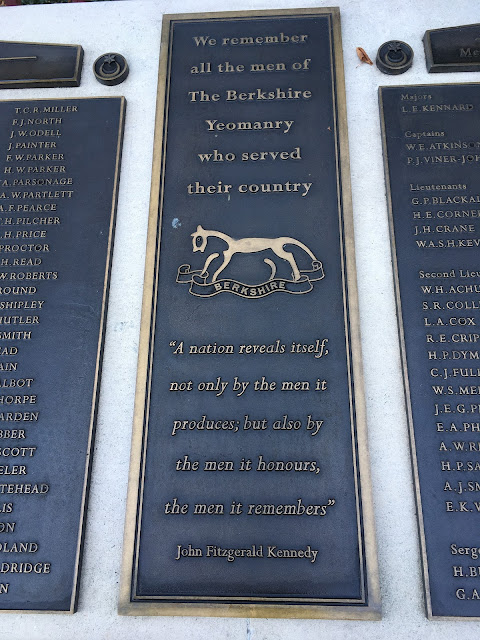 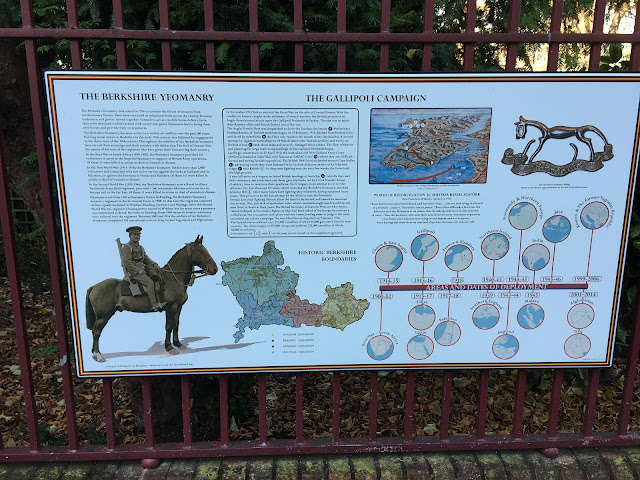 One of the history boards beside the memorial 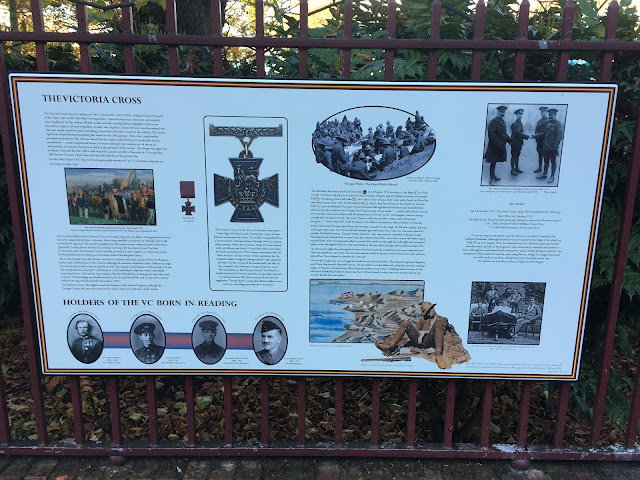 The other telling you about the Victoria Cross

A pano shot of the Toll of Honour

Taking Part in Our Word Tuesday