The Battle of Ashdown

Last week I showed the mural on the ridgeway under the A34 this week I will show the first of the pannels and explain the story behind it. This panel is on the East Ilsly side of the tunnel and dipicts the Battle of Ashdown where the Saxons lead by Alfred the Great who was only a prince then 21 years old beat the Danes. The Battle is though to have taken place near Thorn Hill by Compton a few miles away from where the Mural is. You can see the Thorn tree to the left of the uprased sword. 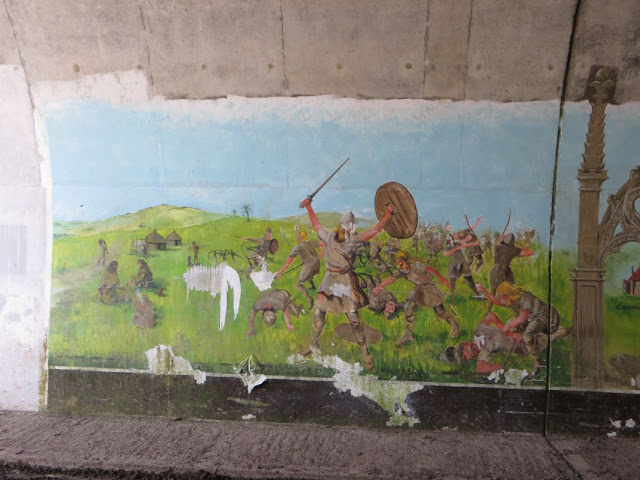 The Mural has been here a number of years  and now suffering deteriation from the dampnot to  mention the idiot who decided to Tag it. After reading about the battle & knowing the places mention in it I will try and write a longer blog showing where all the places in the story took place. 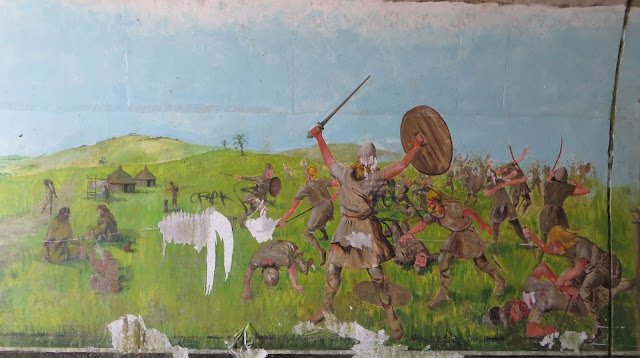 Email ThisBlogThis!Share to TwitterShare to FacebookShare to Pinterest
Labels: Berkshire, The Ridgeway