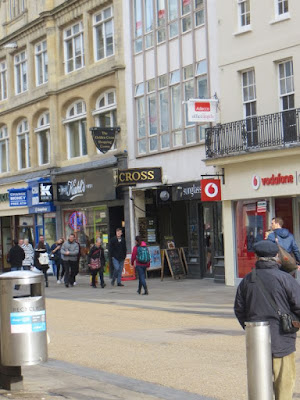 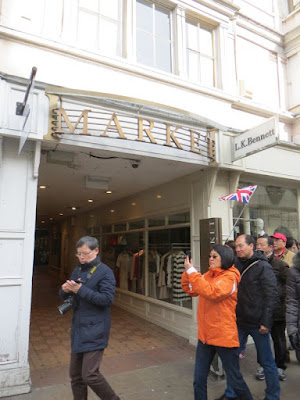 These are a couple of entrances, on the left with the tourists in one of them on High Street   and the second  is the Golden Cross entrance on Cornmarket 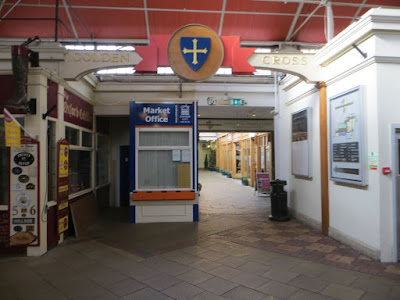 You come on off Cornmarket though here 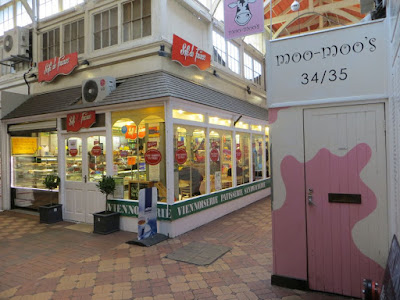 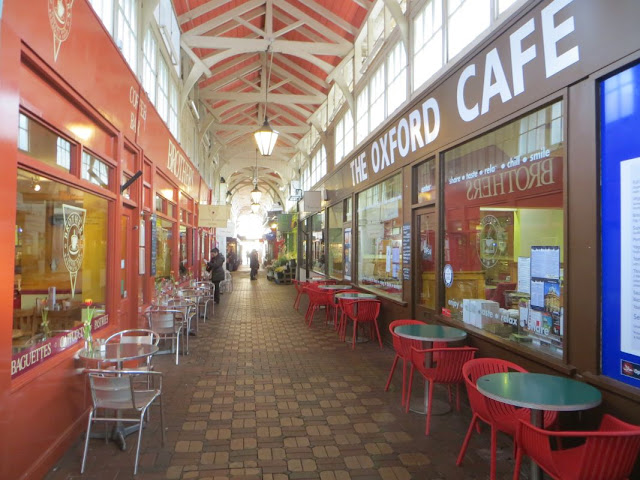 Yeas ago there would have been butchers shops and other produce markets here, now it's cafes and restaurants 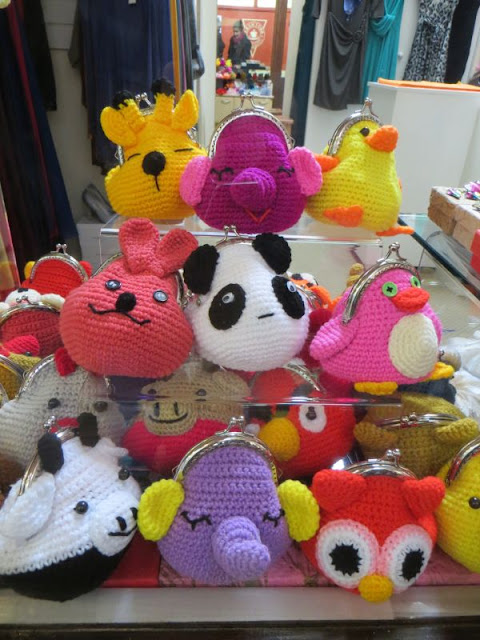 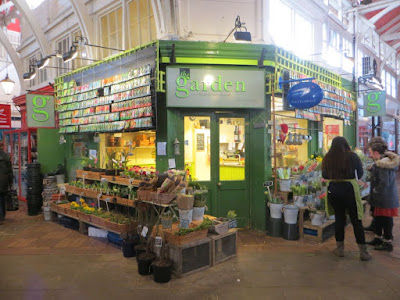 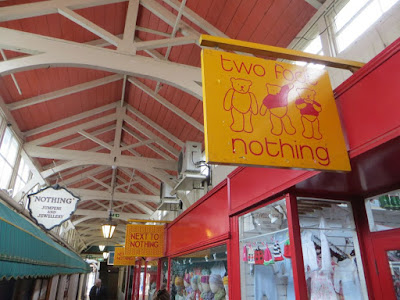 I loved the name of this shop, and the other one a little further along 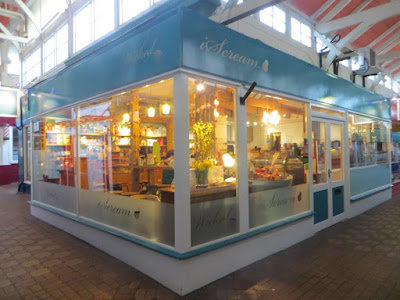 I was not sure what this one was till I read the name in the photo, It's an Ice Cream Parlour 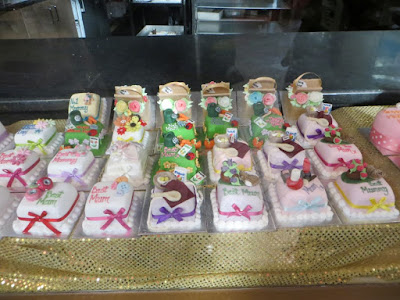 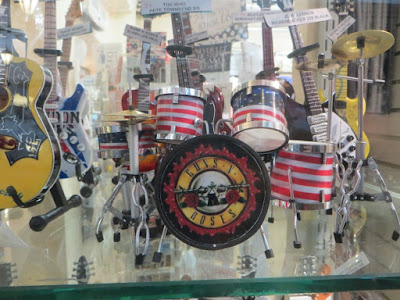 I'd seen the small guitars in London but Oxford went one better selling the drum kits as well. I thought they were great 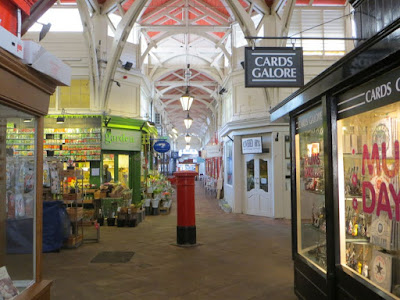 Think this is the central part of the Market 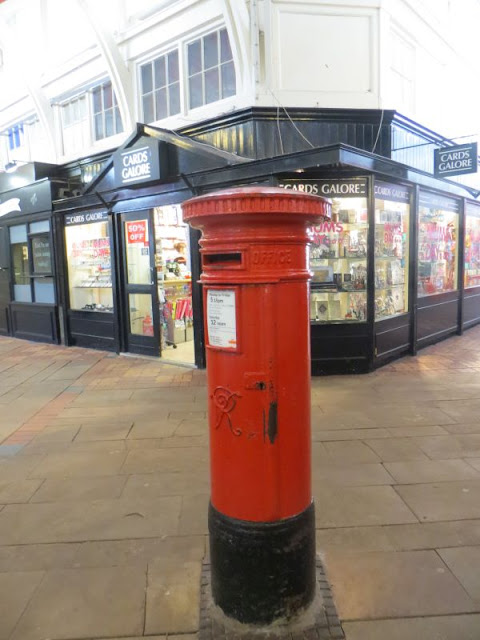 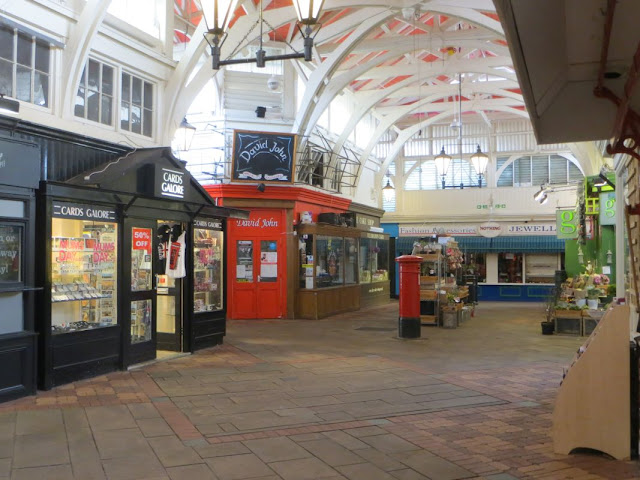 I hope you enjoyed your little tour of Oxford Covered Market, there is more to it and usually more crowded but it was early on Sunday Morning. The place is worth a visit even if it is not the same as it used to be but it does get crowded later in the day.