Bit of a change from my normal post for Tuesday but I thought I would show you what I noticed When my Wife & I visited  Corfe Castle. It was not a day I would normally go but we were in the area so took a chance. First thing that happened when we got there was coach load of a tourists tuned up to go with the other which was already there. Getting to the place was easy and getting in but then I found I was tripping over people taking selfies. 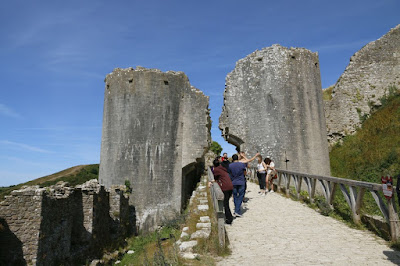 It started here  and after getting past 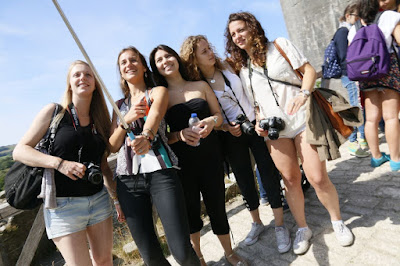 these young lady's had the selfie stick out 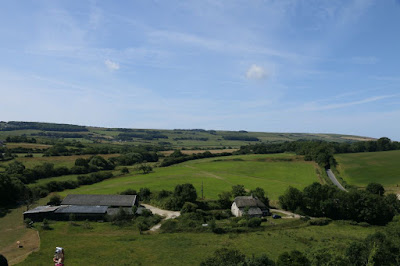 Then I took some photos for a panoramic and when I downloaded them I noticed someone taken a selfie in the bottom left. 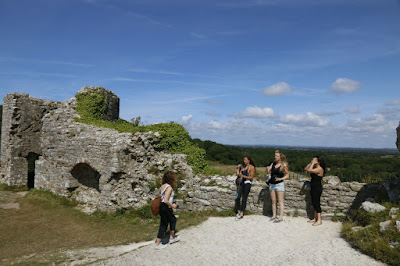 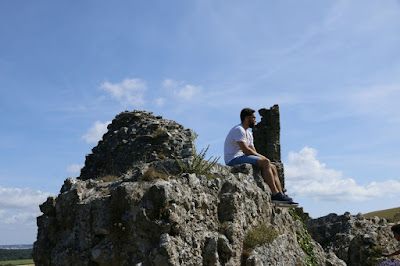 People were sat on the walls having a photo taken 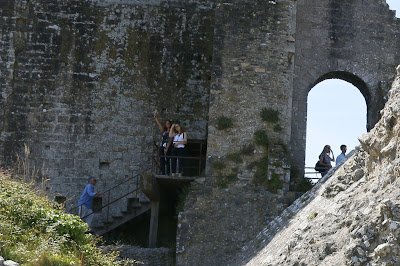 or waving to their friends to take one 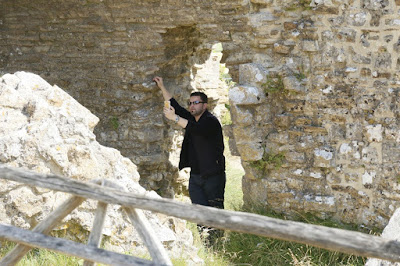 He strikes a nice pose but did he realise I was watching him take it.

So there you have it, Selfies everywhere. I'm not going to say it people should not do it because I do it as well, it's just I happened to notice everyone doing it on Saturday.
Taking Part in Our World Tuesday
Posted by Billy Blue Eyes at 20:36