If you missed me on Wordless Wednesday the I can only give my apologies. This week was the  hottest of record here in the UK and I remember the drought in 1976 which was hot but tame in comparison. By the time Tuesday came around I really did not feel like posting a blog. I had intended to show some skys from a few I have been collecting recently but I think this week should be shown. 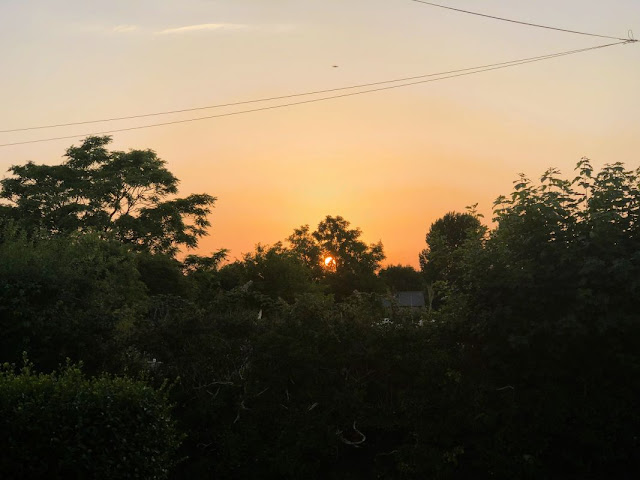 Around 8:45 I noticed the sunset so I went out the front of the house and took this shot 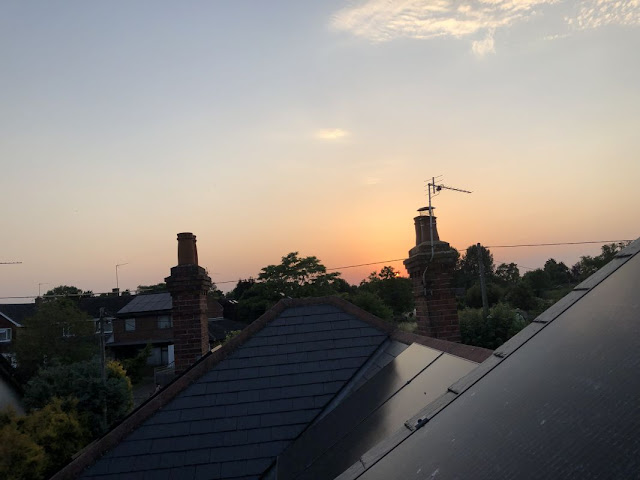 Going up to the bathroom I managed a few more 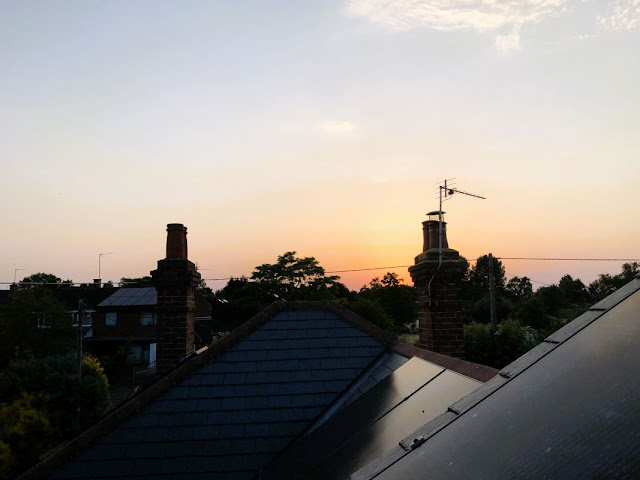 back to a standard view 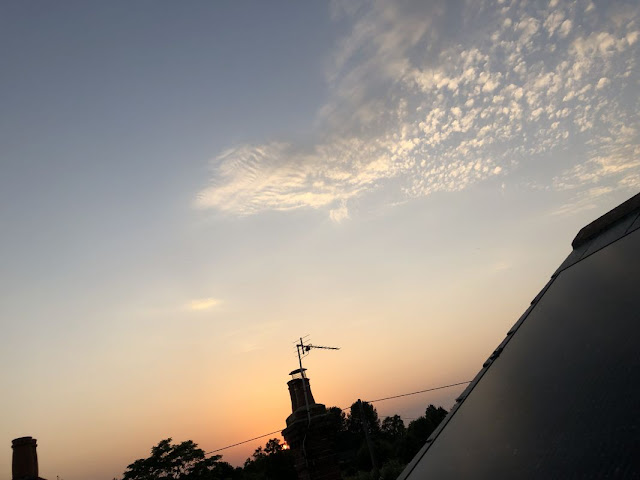 There was even a cloud floating around

This is a stitch shot out the back over the village, not much cloud there either. The day peeked at 39.3c and overnight we had little sleep as it was 28c. 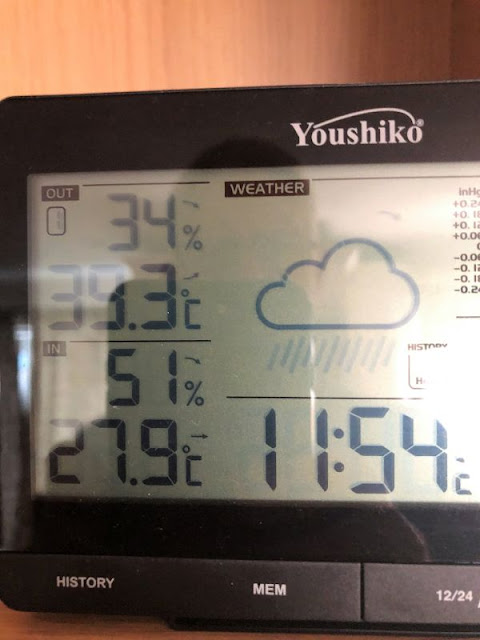 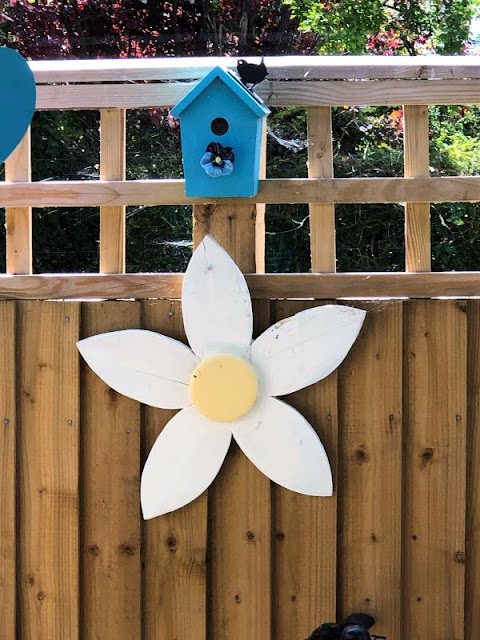 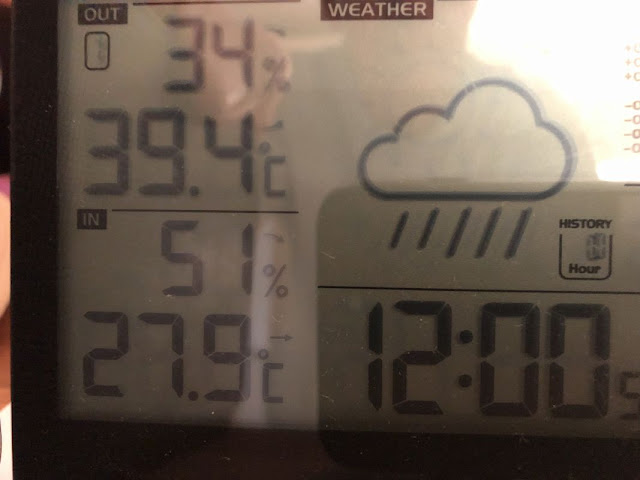 This was the temperature at midday 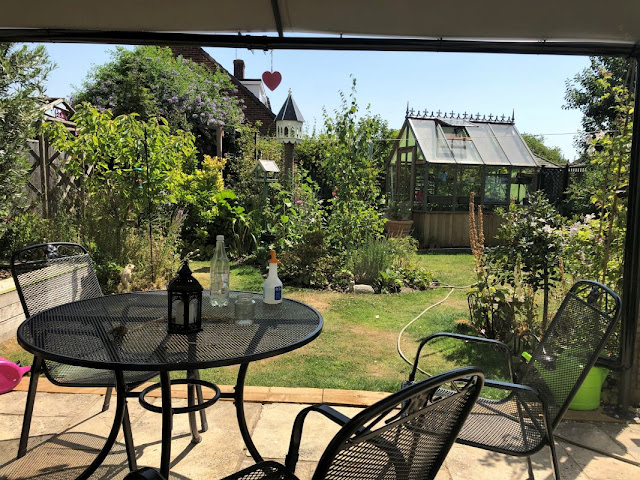 and this is how the  garden looked from inside patio doors. I had hoped that was it
but no! 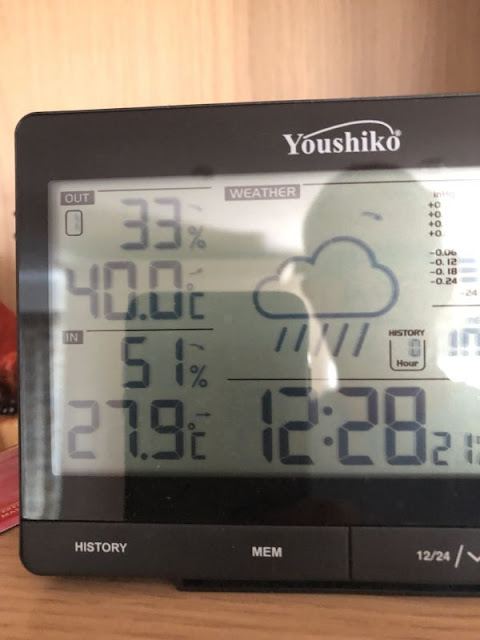 Half an hour later it hit 40c and kept going 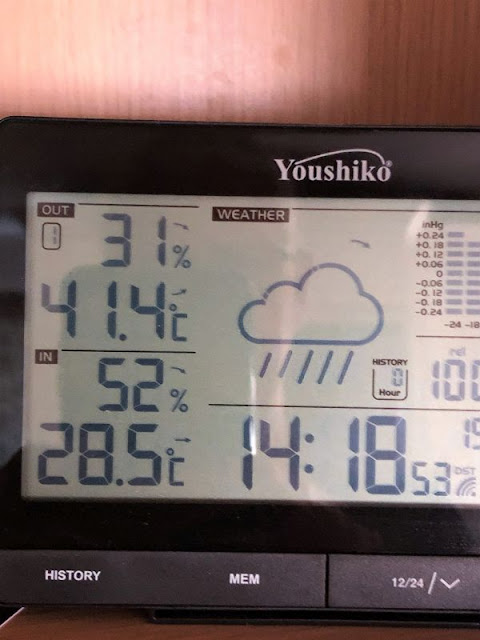 finally peeking at 14:18 where it hovered for the next couple of hours. It did cool down and ended up being 28c in our bedroom most of the night. little sleep was had as by 4am we were up but that is another story. So that was two days of Hell we kept the curtains and blinds shut all day  and tried to shade the patio doors. During the day London burned and you have to feel for the poor souls who lost their houses in the fires. I'd like to think we will get no more day like that but I feel it will not.
The weather has now cooled down to a more comfortable temperature, we just need rain now.
Happy Skywatch