Last year I purchased a new camera changing from my old Canon EOS70D DSLR which was a crop  camera meaning the  sensor was not full size like on the old 35mm SLR's. I decided to upgrade to a new Canon EOS R6 DSLR mirror-less camera which was a full frame version. The camera came with a new mount that meant I would need new lenses though at least Canon made an adaptor to take the old lenses. I purchased the camera with the standard lens that came with it which was 20mm-105mm. this was a reasonable wide angle zoom. I id like how the camera responded and the lens was good enough for most things I did but I felt the zoom length did not quite do what I needed so I ordered a new longer zoom which was 24mm-240mm, the wide angle was the same but it gave a little more reach on the zoom. In March I took the new lens out for  try as day or so after getting it. 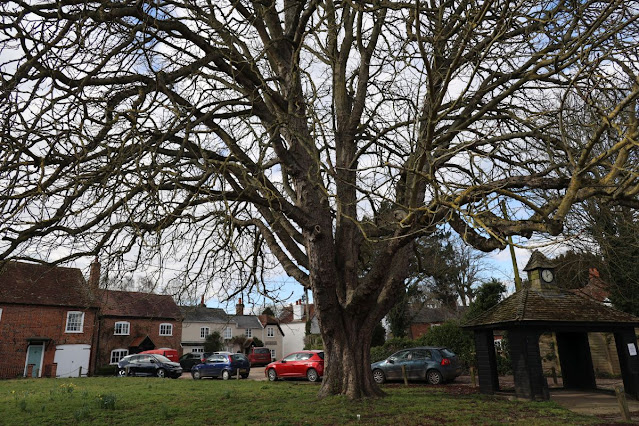 First thing I tried the lens on was the Hose Chestnut and bus shelter on the Forty. This was take at the wide setting 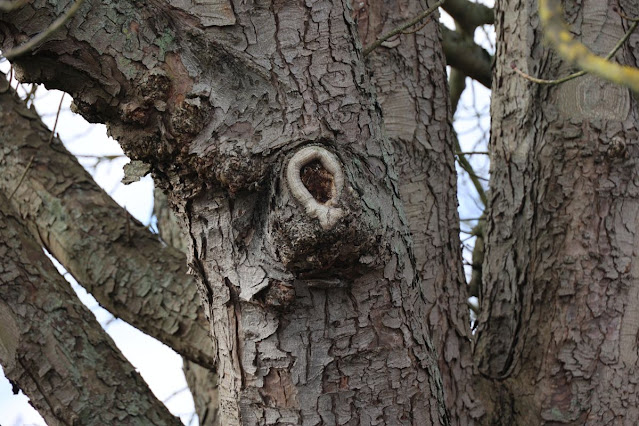 This what I zoomed in on, you can make it out on one of the left had branched rising up from the main trunk 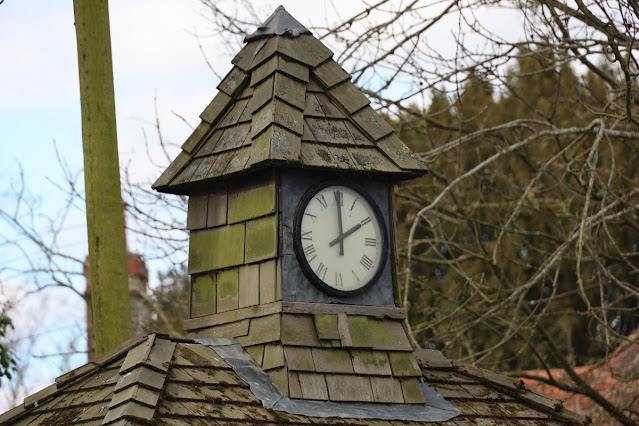 The clock on the bus shelter 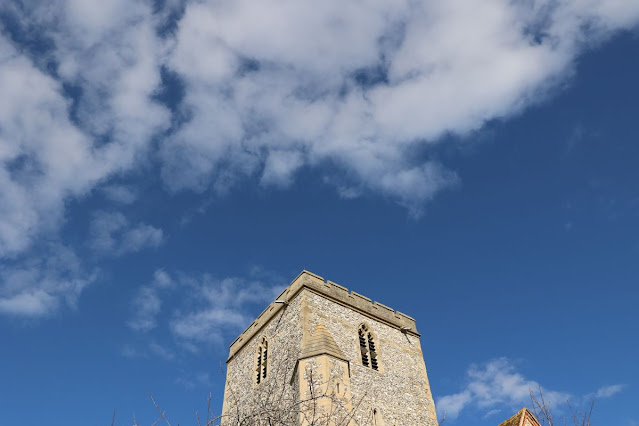 I went up the church yard to take some shots of the gargoyles on the tower, you can see the spouts poking out where the are 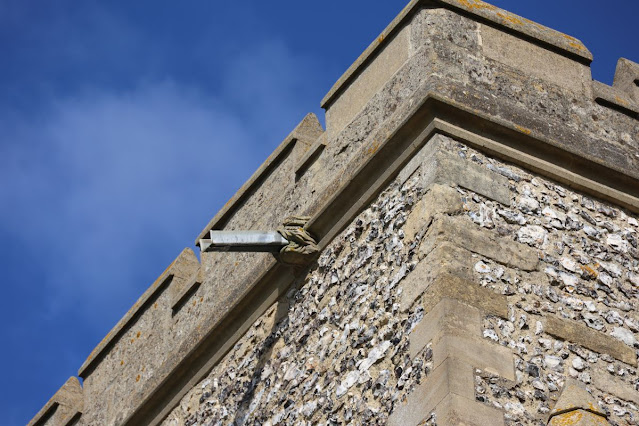 Its much clearer zooming in 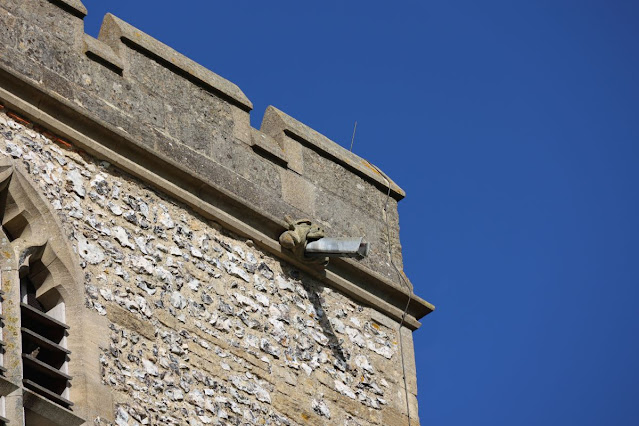 You can make out what the gargoyle is 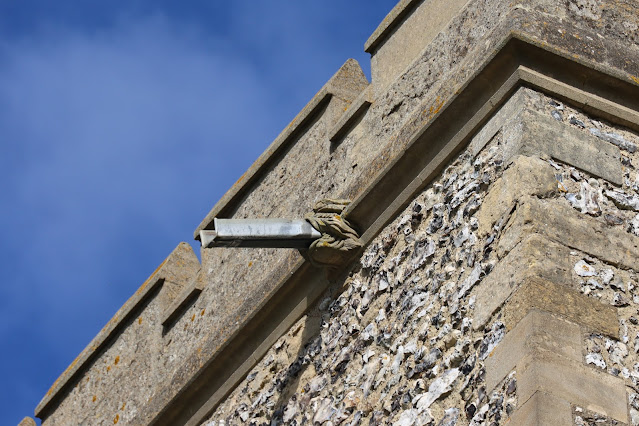 Look what happens when you crop the photo a little 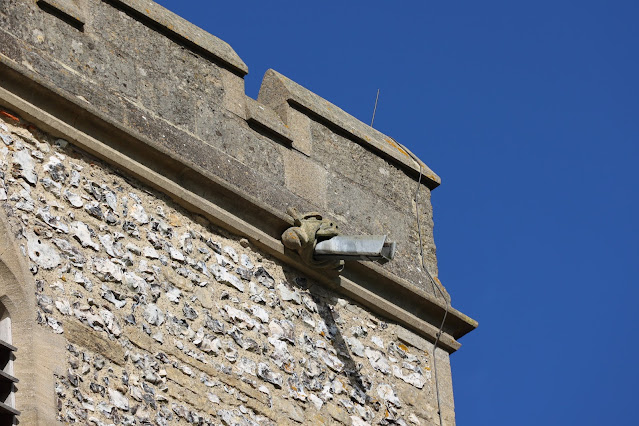 You get a much better idea what it is 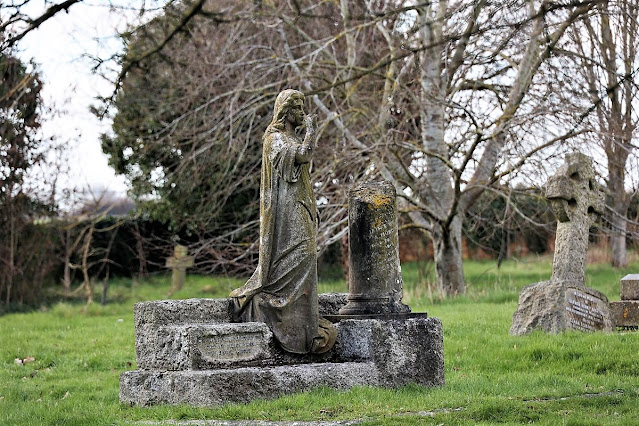 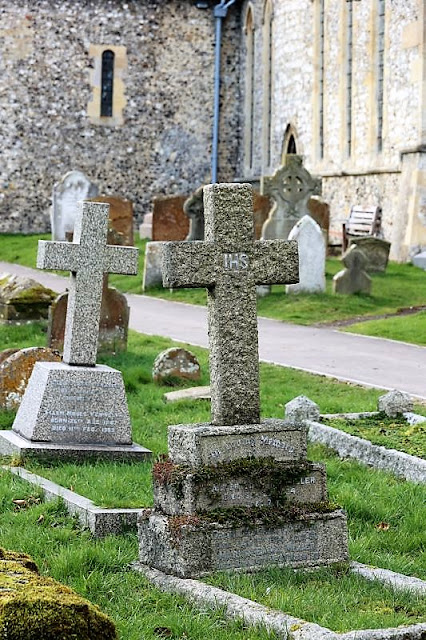 Moss on this headstone 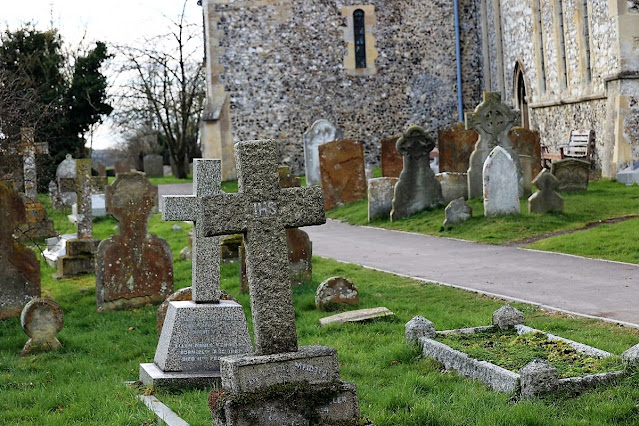 Last view of the churchyard 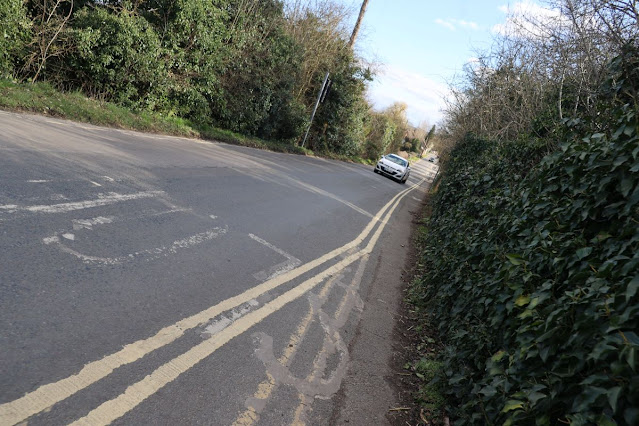 On the way back I forgot to tune the camera off and found I took this by mistake
That's all for now, I was impressed with the new lens and glad I bought it, next one to get will be a wider angle one
Taking Part in My Little Corner of the World  Our World Tuesday and Imag-in-ing, you can find all the links in the right hand column Take care everyone.