A Walk after Christmas

I decided to take a walk down to the river just after Christmas as we drew near the New Year, I knew we had had a lot of rain and wondered if it had flooded 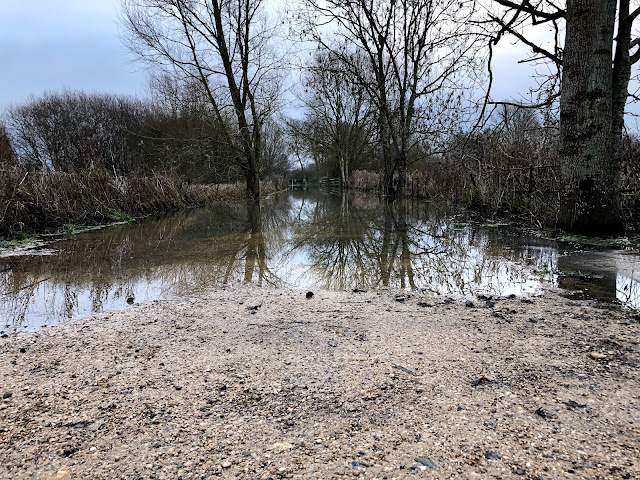 This was as near as I could get on Ferry Lane, the Thames had clearly risen a lot flooding the meadows and lane. 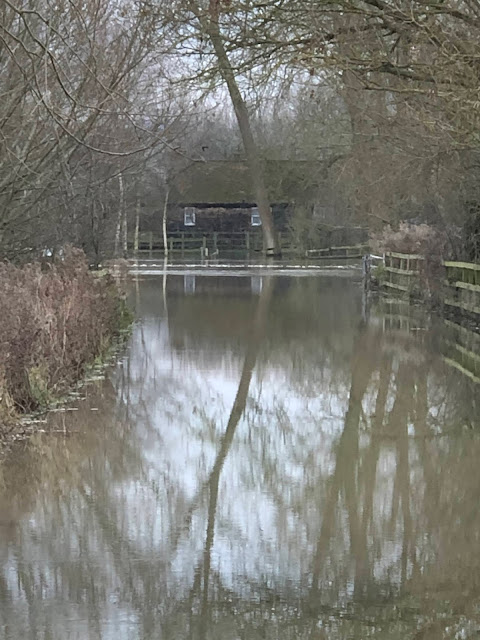 I took a panoramic of Cholsey Marsh, from a line across the lane you could see the water had been further up but had receded a little 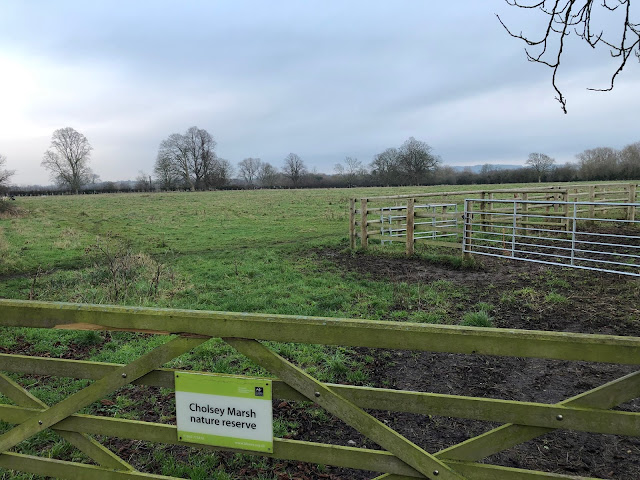 I headed back along the lane passing this meadow which once held dairy cattle for the old hospital, a sign now telling you it was a nature reserve. From what I could see a Dog walk where inconsiderate dog owner let their dog poop for others to walk in as I witnessed from the person who you might be able to make out in the left of the photo 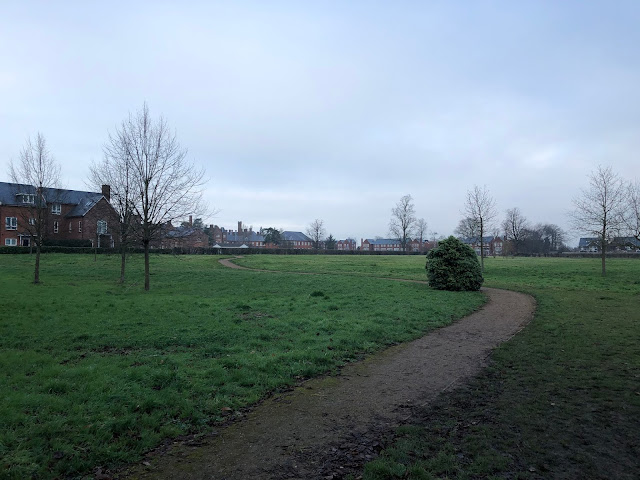 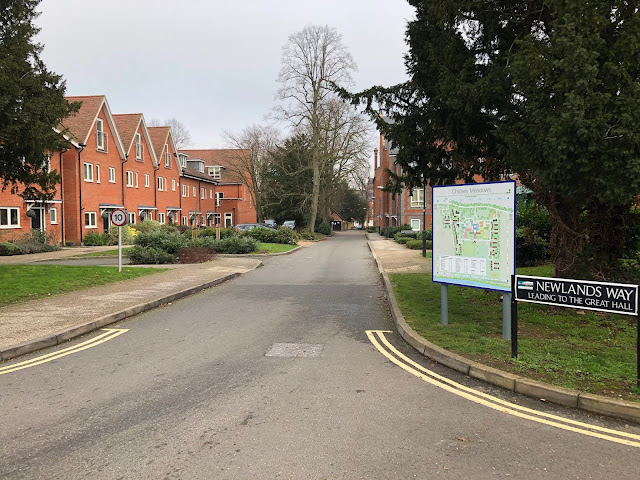 I carried on along the lane past the old Goods entrance to the hospital, the place a far cry as to what looked like 10 years ago.