I teased you with the temperature on Tuesday and I thought it could not get any hotter but not I was wrong there, the next day I thought should be a little better as there were some clouds in the sky but the relentless sun had other ideas and through the day the temp went up and at 2:50 I looked at the clock and noticed the numbers 42.2C that is 107.96F It was the hottest I have ever seen on our patio. The thermometer is on the fence opposite the kitchen and sends a signal to the clock, it is out of direct sunlight. I checked the greenhouse and found the temp was a little less at 39 C. I have to admit the patio is a sun trap and where we stay away from in the hot weather. Not long after it clouded over and the temp started to come down a little at a time 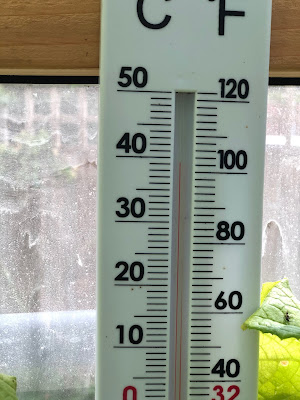 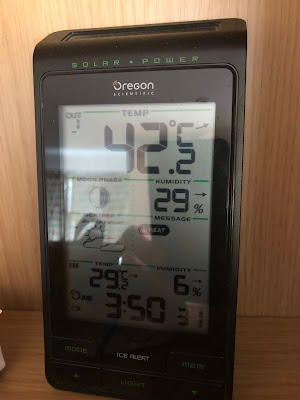 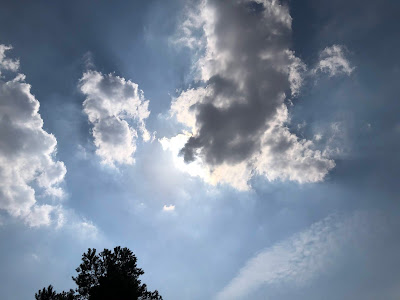 I even managed a photo of the cloud hiding the sun 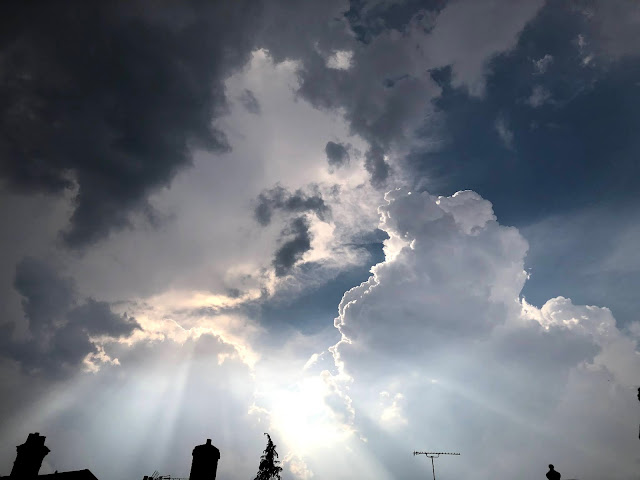 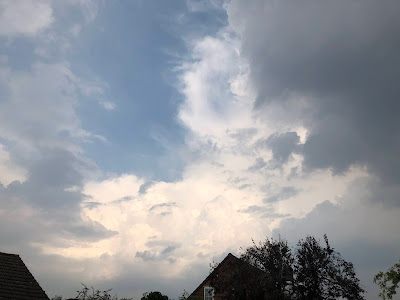 I was also pleased it gave me some rays to capture. Blue sky could be seen between the clouds behind me 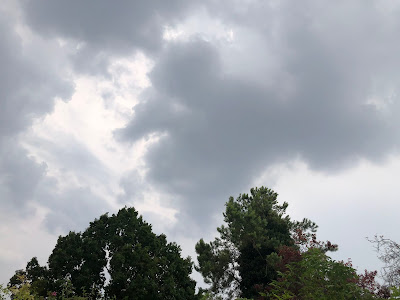 The clouds looked like they threatened Rain and Thunder 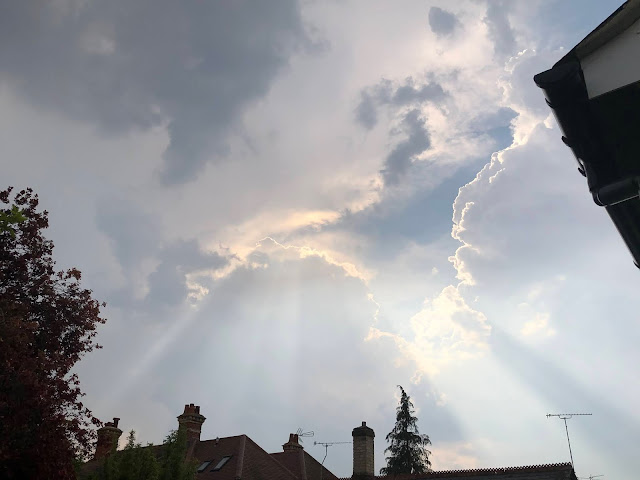 The sun still sent out it's rays from behind the clouds 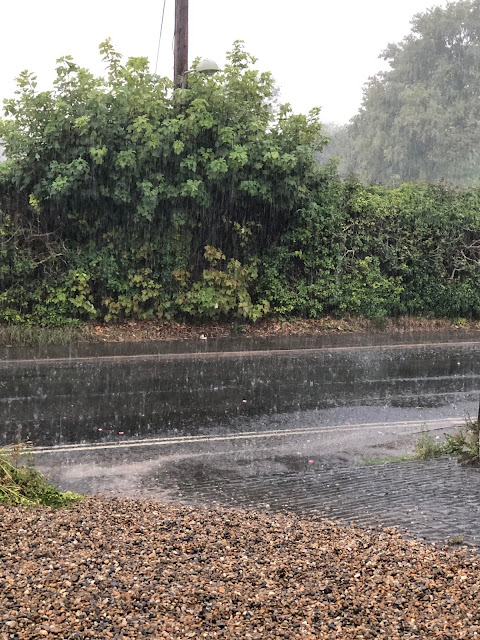 The it rained, well more like a downpour, I went around the front porch and took a photo of the road wondering if the puddle would come up to our drive like it has done in the past 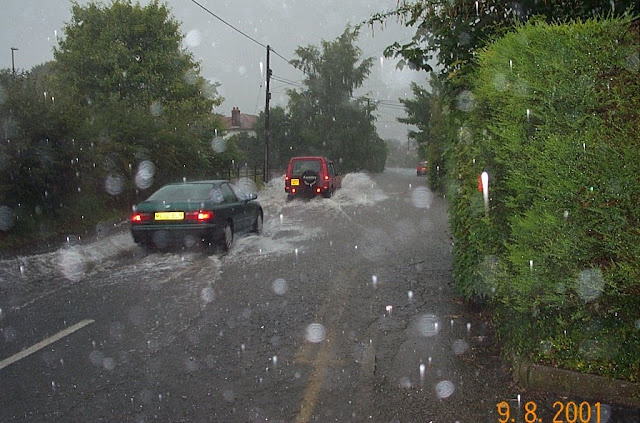 This was taken from the left of the photo above almost to the day 19 years ago . Gets a little deep in a deluge and laps the bottom of our drive. 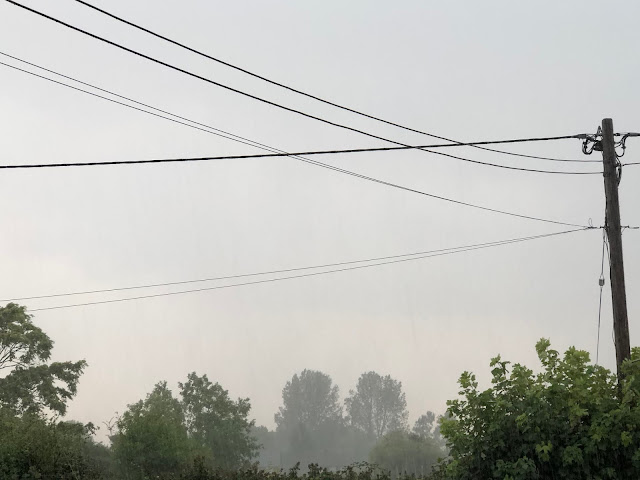 No sun any more, it was pure bliss, the trees in the distance obscured by the rain 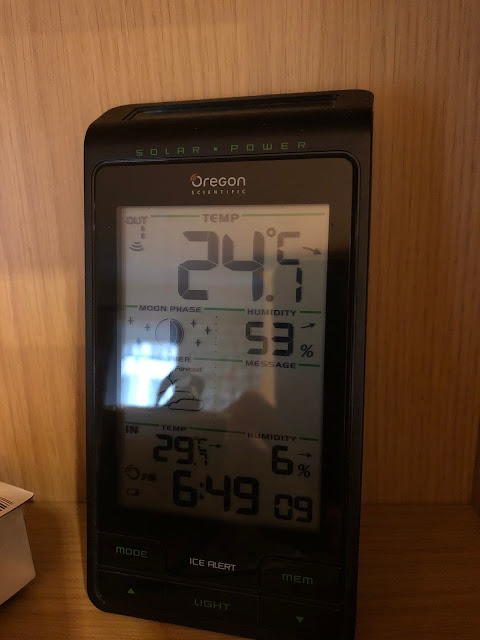 3 hours later the temp was nearly 20C cooler though inside the heat was still there and took a few days to go. A do not like the heat-waves  and long for the days I used to know when we had cooler weather. I cannot see it changing any time soon. The longer the planes say out of the sky the better for us all
Happy Skywatch