Today I attended a briefing for an event I am helping at on Friday. It was on the site near where I worked a year or so ago. Things have changed a lot in that time with new building going up 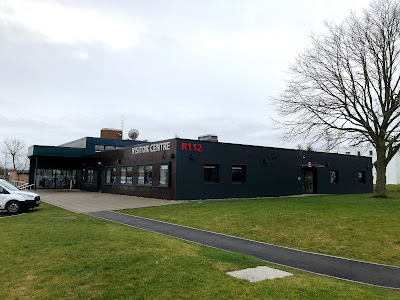 I had to go to the visitor centre which was being built when I worked nearby. It opened just after I left in September 2018 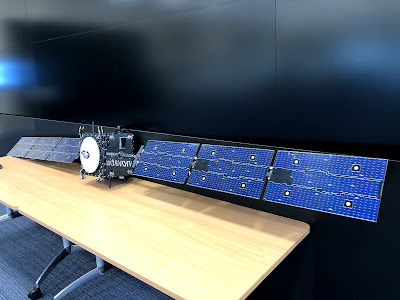 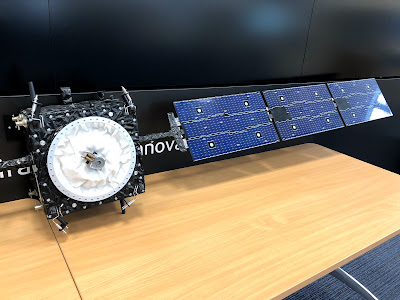 I was told it was 1:25th scale so would taken up the whole wall it was beside 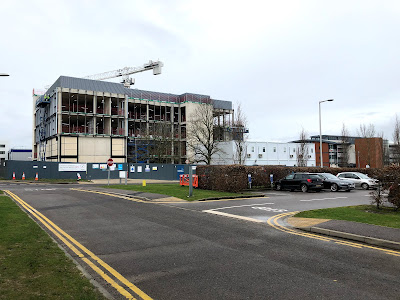 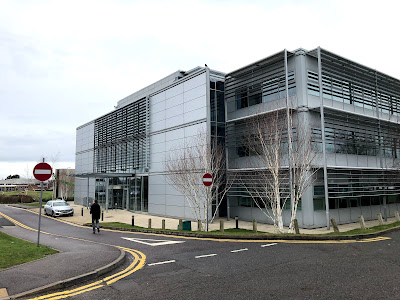 Diamond House, the main entrance to where I used to work, this is the last time I will most likely see the building like this because it is being extended in a couple of months 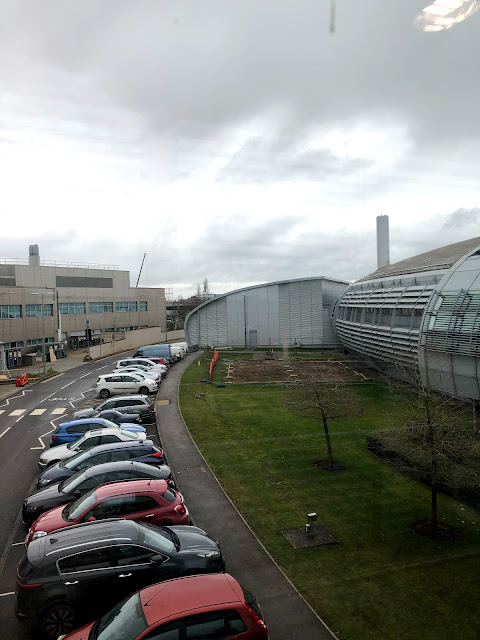 After seeing my friend I walked back across the bridge and got this photo of I21 the last extension I saw built at Diamond, the cleared ground you see in fornt was a temproary lab I'm told they are going to build another extension here 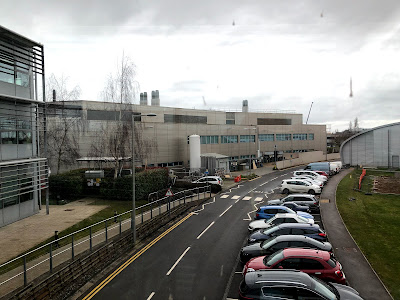 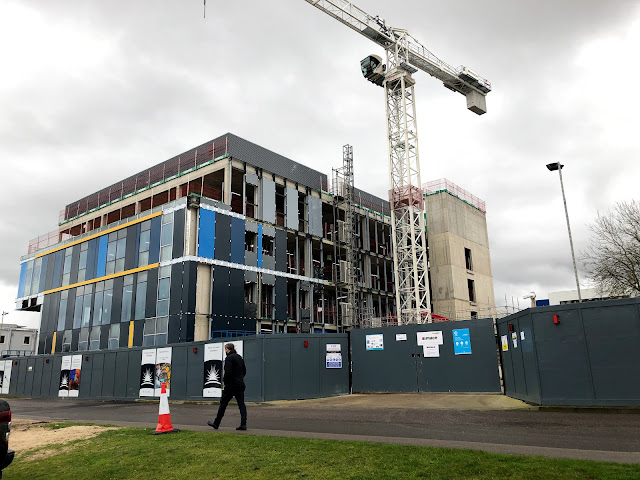 I visited a couple of other old friends and took another photo of the Rosalind Franklin Institute
Which does not look like it will be long before it is finished.
Taking part in Our World Tuesday
Posted by Billy Blue Eyes at 20:37