A few weeks ago I went to meet my son from London Airport or LHR as we know it, I went up on the Rail Air bus because I could not be bothered with waiting around in traffic. I took some photos with my phone while I was on the Bus. 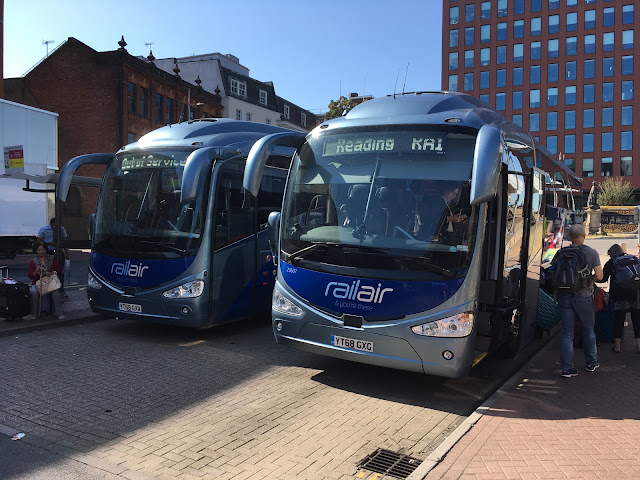 This is the coach you take, I used to travel on it a lot when I was working and going out on installations in different countries. It was never as luxurious as these though 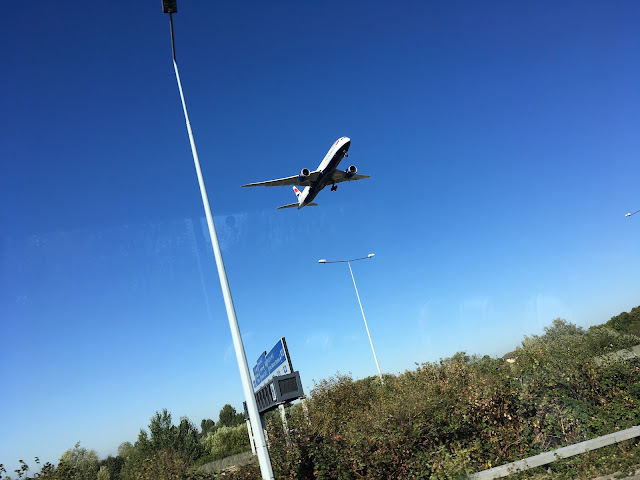 I was hoping to get this plane head on as it was coming over the M25 to land but this was as good as I could get, the coach was a little too quick 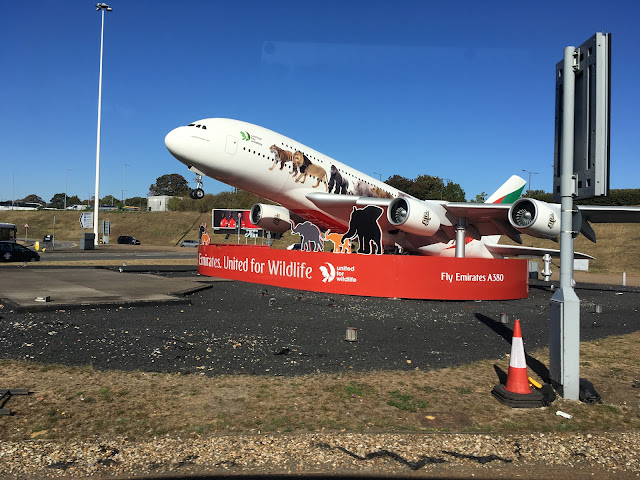 As you go around the roundabout before the tunnel you see this plane, when I used to go on a regular basis it was Concorde (I miss that) then another airline bought  the advertising space now this one 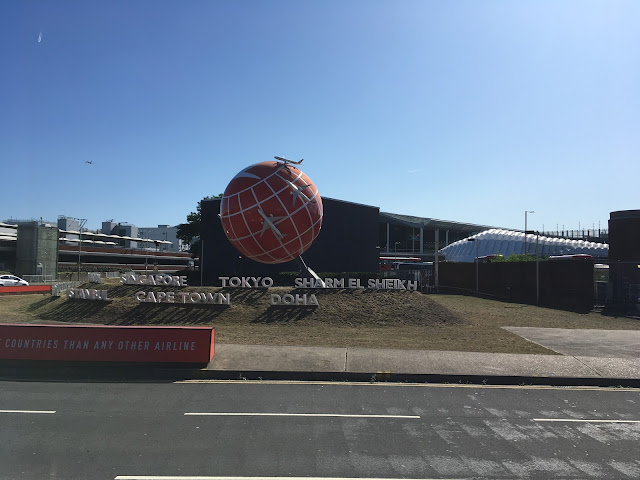 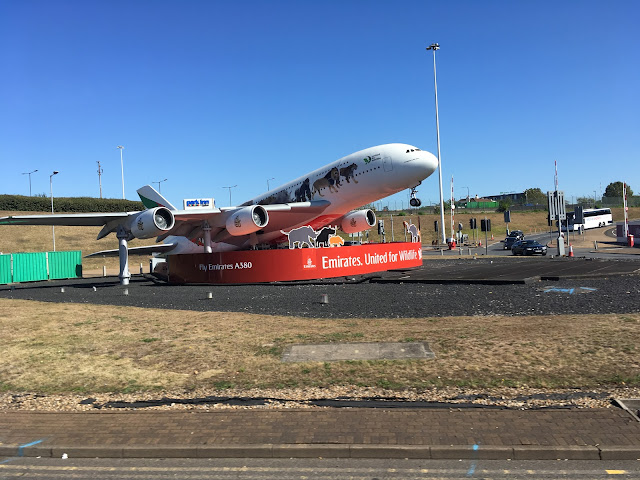 Then it's back past the plane on the roundabout again. It was interesting to see how the place has changed from when I was a kid because I remember going there when I was around 10 with the school and we could go on the roof of the Queens building that had just opened. Times have changed.
Happy Skywatch